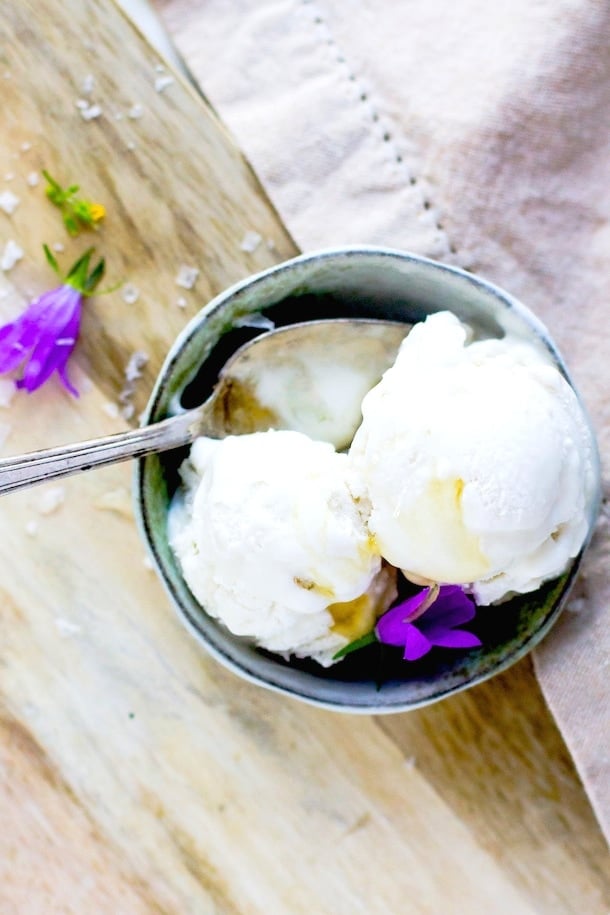 If given the choice of pie, cake, or ice cream, this girl will pick a bowl of the cool creamy stuff every time. No matter what season it is, I have a favorite.

Peppermint stick in the depths of winter, cinnamon spice in fall, rhubarb swirl in spring, and my new obsession that’s good any time of year – this Salty Honey Coconut Milk Ice Cream.

As I’ve learned after several years of cooking, salt is hands down the key to any irresistible sweet treat. And in this recipe, whoa darling, does it makes the floral honey and soft vanilla sing….. 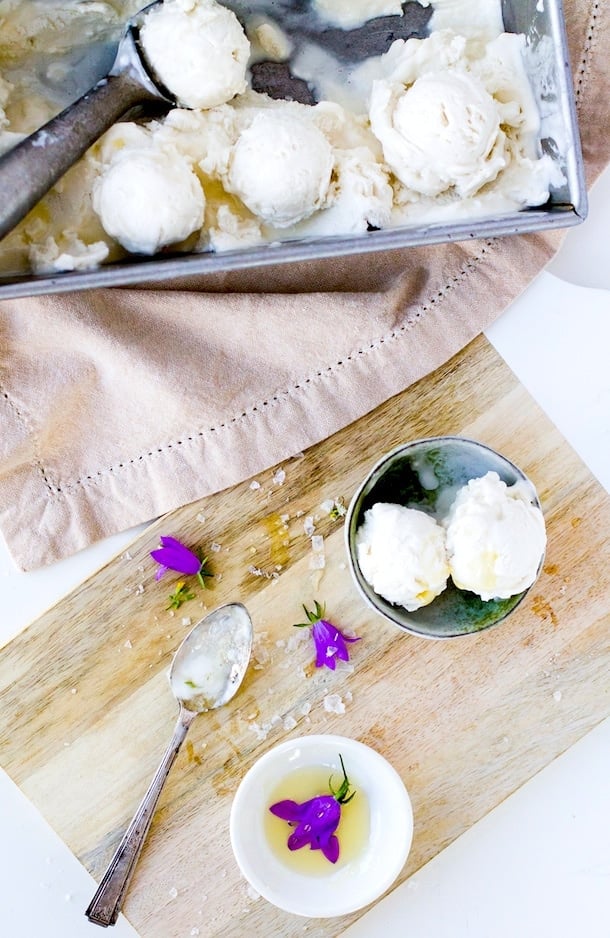 Since I’ve had some trouble with dairy in the last year, I’ve been playing with different ways to make a dairy-free ice cream recipe that’s just as creamy and rich as any traditional scoop.

I’m definitely not opposed to buying store-bought coconut, almond or soy ice creams, but I’m always disappointed. I have to set them out for at least 15 minutes before attempting to scoop because they’re rock hard, the flavor is kind of dull, and they just don’t have the same mouthfeel as regular ice cream.

It was time to give my ice cream maker a workout, which is now my KitchenAid Stand Mixer thanks to its ice cream bowl attachment – if I couldn’t love that machine anymore! 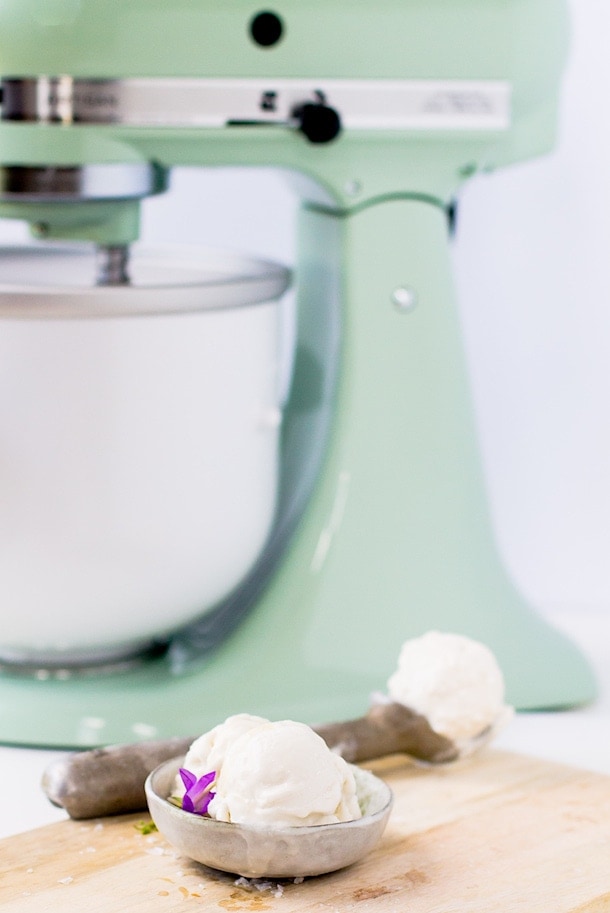 Between its creamy, dreamy texture, and the flaky sea salt bringing out the best in the sweet, floral honey, you’re looking at a bowl of my ice cream love language.

I took inspiration from a couple of sources, and after 8 batches I think I struck gold. So without further ado, here are the keys to silky smooth, flavorful dairy-free ice cream recipe: 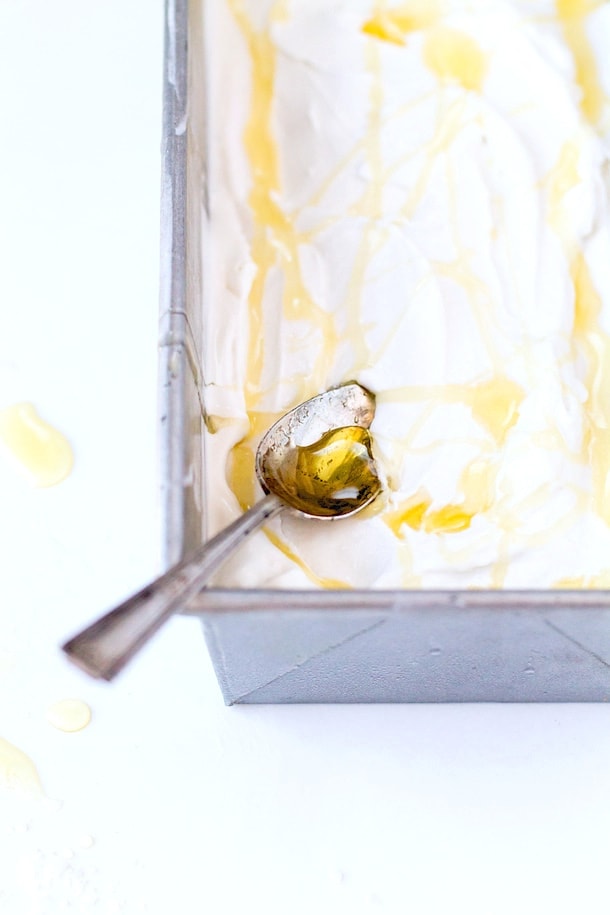 Put them all together and BINGO.

It’ll fool anybody who thinks the only way to a scoop of happiness is with dairy. The mouthfeel is so velvety, holding a richness I can only compare to custard. And it scoops like a dream, not one bit icy even after three days in the freezer and being re-froze several times while taking these photos.

This is the real deal. Thick, creamy, lightly sweetened, and perfect for any time of year, but especially now. Enjoy! 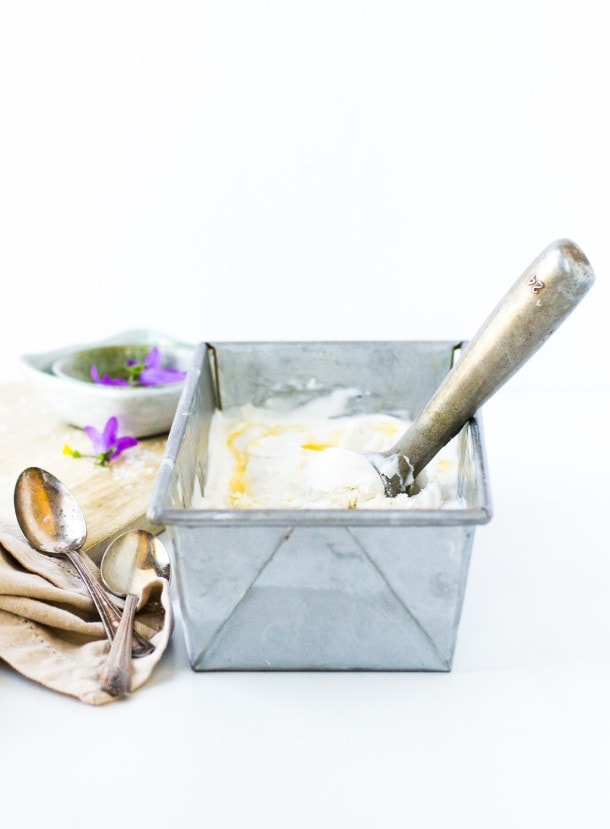 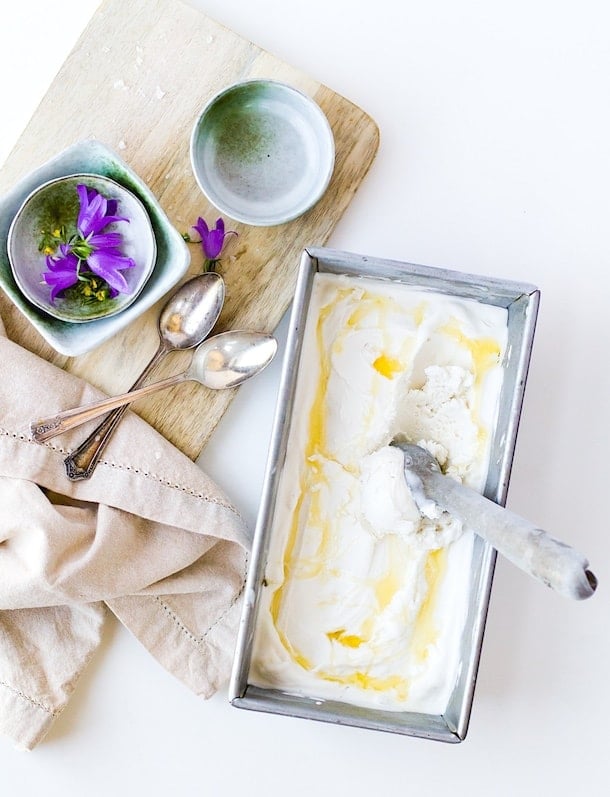 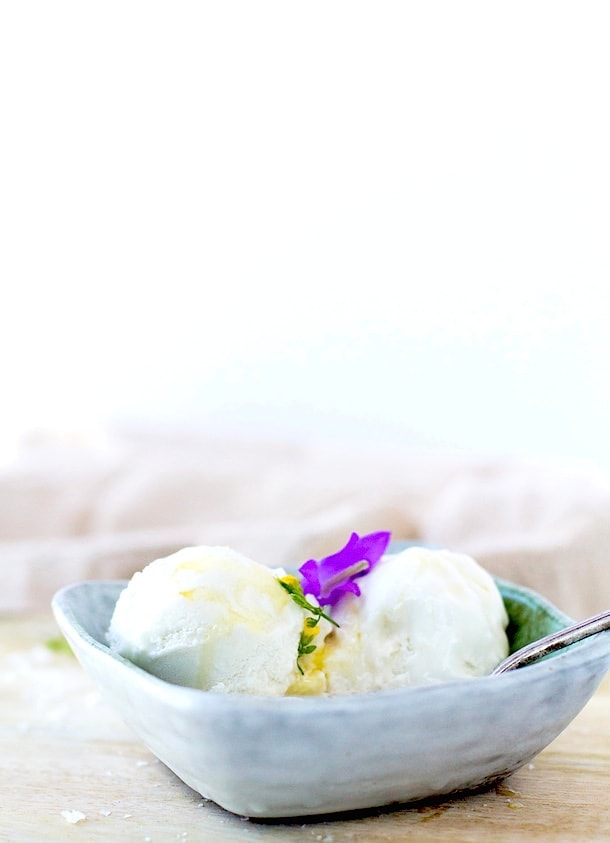 This blog is supported through the use of affiliate links. This means that I will earn a commission if you make a purchase through one of these links.
View the Post
Hot Honey Smashed Sweetpotatoes
View the Post
A Gluten-Free Fluffy Waffle Recipe! With Ice Cream & Tahini Hot Fudge For Dessert
View the Post
Honey Sourdough Bread with Roasted Walnuts