When I discovered my gluten intolerance five years ago, baking was a big, foreign challenge. All the new to me flours, getting things to rise, not crumble into pieces or be dense and gummy, and most importantly – to taste identical to their glutenful partners.

But nothing could prepare me for what I was going to experience while trying to make an AIP carrot cake, not even my dabbles in paleo baking because that relies heavily on eggs.

When following an AIP diet,

you cannot use any flours made from grains/seeds/nuts, dairy, eggs (which also means flax or chia eggs were out), gums for binding or refined sugar.

How does this AIP Carrot Cake taste?

This cake is super moist, and just sweet enough from maple syrup, spring carrots, and plump golden raisins. The smell of cinnamon, ginger and cloves float through the air while it bakes, and bring classic flavors to each forkful.

What gluten-free flours are used to make this AIP Cake?

Without the chemistry of regular baking ingredients, there were a lot of components that were going to have to work just right to get this AIP/Paleo cake to work and be utterly delicious.

I used these three flours:

I figured the flour combination I mentioned would be a good balance of weight, absorbency and starch to help the cake stick together. From there I tackled the wet ingredients:

It looked pretty and tasted really good, but I couldn’t get it to bake through. Too much liquid compared to flour, and it didn’t rise much. It kind of held together, but it was dense, not fluffy like a cake should be.

I started with a large amount of tigernut flour to little arrowroot & coconut, but found that less tigernut flour made for the best balance. The skin on a tigernut is quite tough, similar to the other outer bran of brown rice so it’s best for it to blend into the softer flours instead of dominate.

And making “eggs” from grassfed gelatin was the winning answer.

I’ve been excited to share this recipe with you because I want all of us experiencing autoimmune conditions or food sensitivities to feel normal, especially on holidays when food is at the center of family and friends.

But for now let’s all make carrot cake, and embrace the sunshine of spring. It’s the arrival of a new season, new again fruits and vegetables, and opportunities to embrace the beautiful life around us. 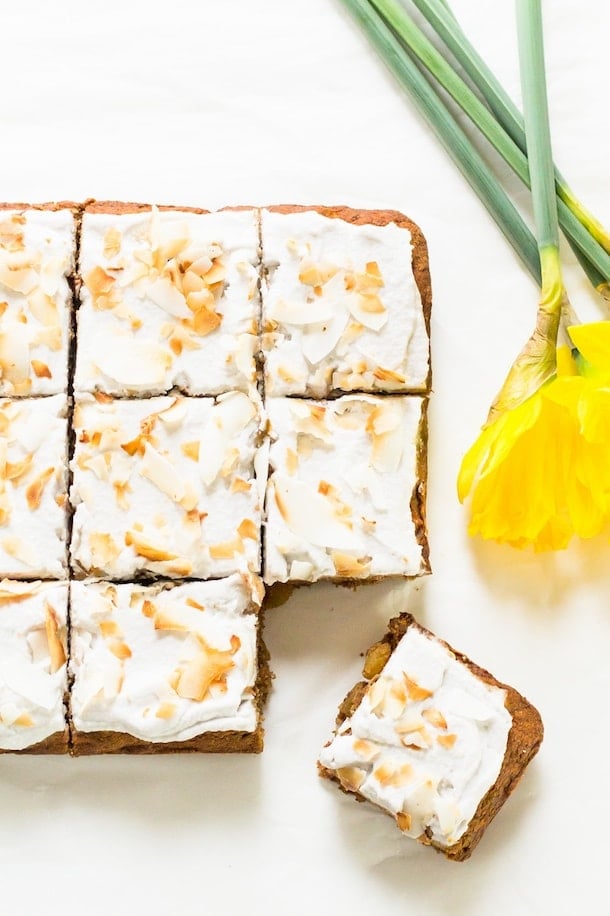 I highly, highly recommend using a scale and measuring for weight for any type of AIP/paleo/gluten-free baking because the weight of the flour is adjusted just perfectly for the amount of liquid. If you decide to use a measuring cup, don't pack the flour in. Take a spoon and add the flour to the cup, then level off. 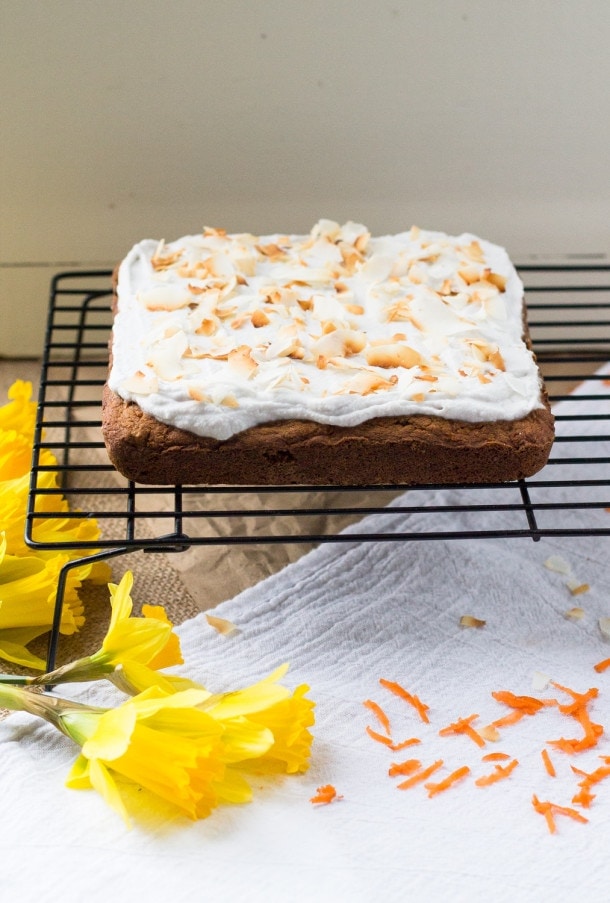