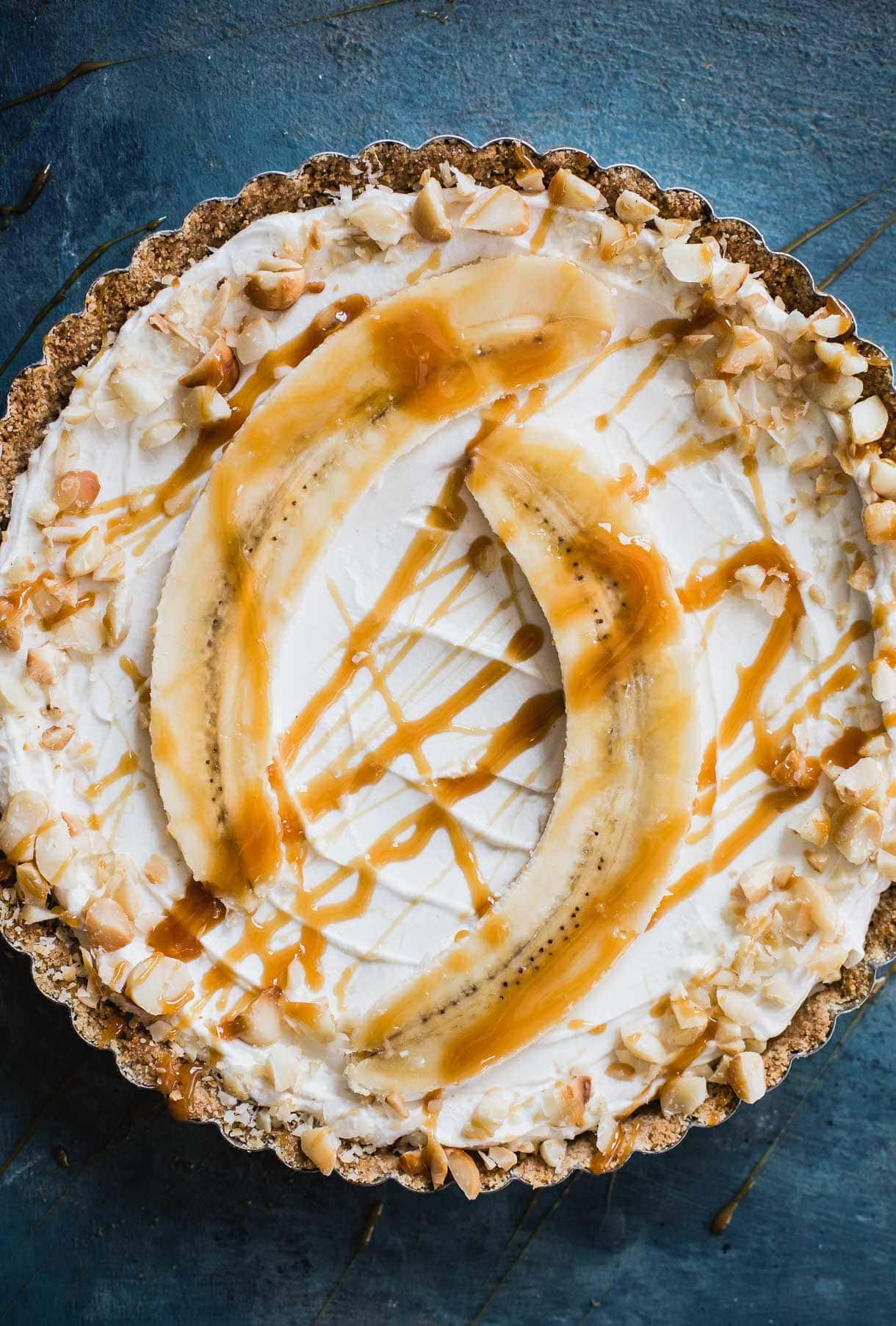 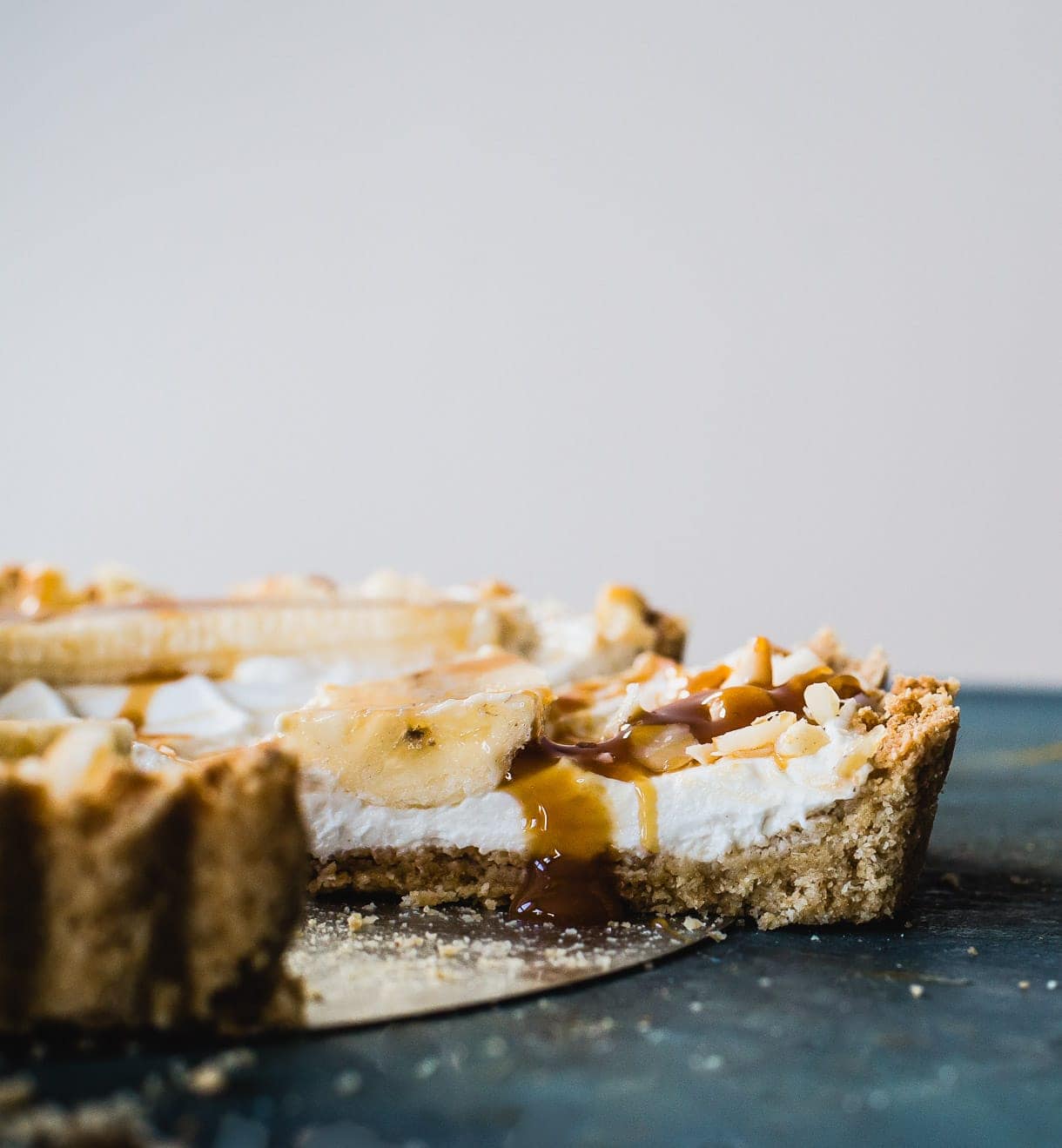 This post is sponsored by Cheerios, whom I’ve partnered with to create an inspired recipe introducing limited-edition Banana Nut Cheerios, which will be in stores nationwide mid-November.

About this Greek Yogurt Pie:

Are you on board with eating dessert for breakfast? I hope so… Because hiding behind its indulgent look, there’s a combination of things you probably eat in the morning anyways, like greek yogurt, bananas, honey, macadamia nuts, and Cheerios. Layering the ingredients into a tart not only makes it feel more fancy, it causes the flavors to dance in a different way.

I’d heard that straining greek yogurt overnight brings it to a cream cheese consistency, but I’d never attempted. Well it worked, brilliantly. And became the cool and creamy, honey sweetened filling to this “healthyish” yogurt pie. With a crust made from crushed Banana Nut Cheerios (new! made with whole grain oats, real banana puree, and cinnamon), it couldn’t get much more breakfast approved. 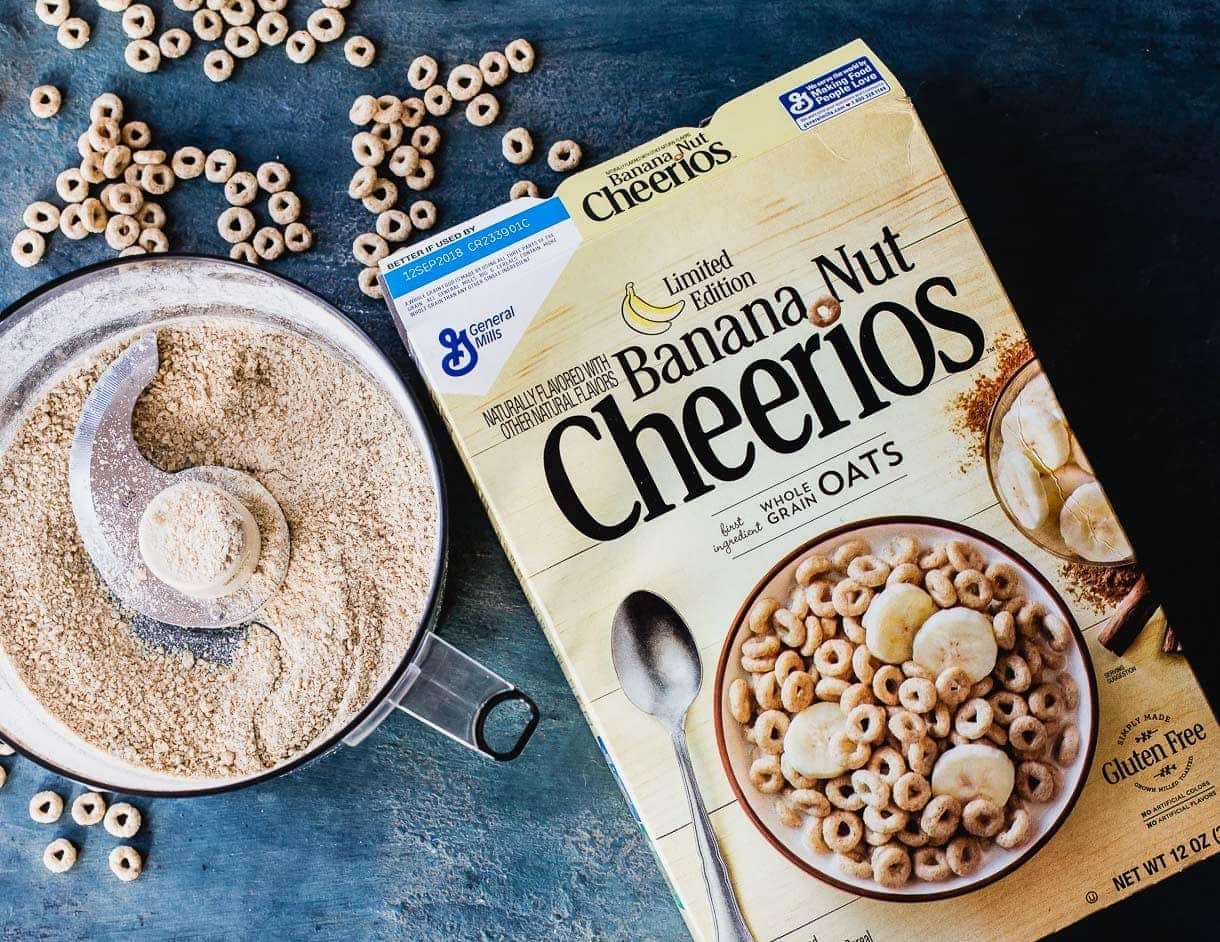 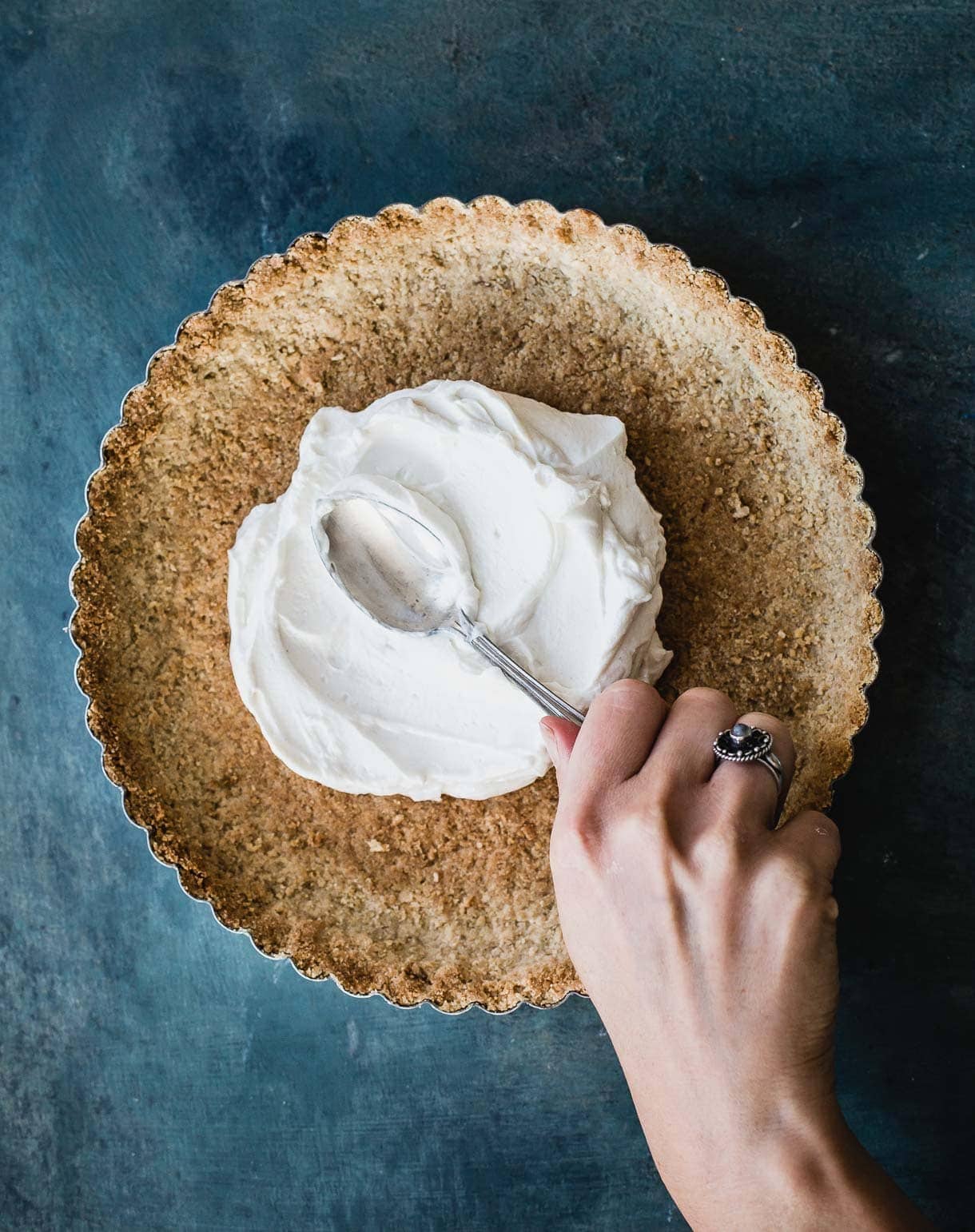 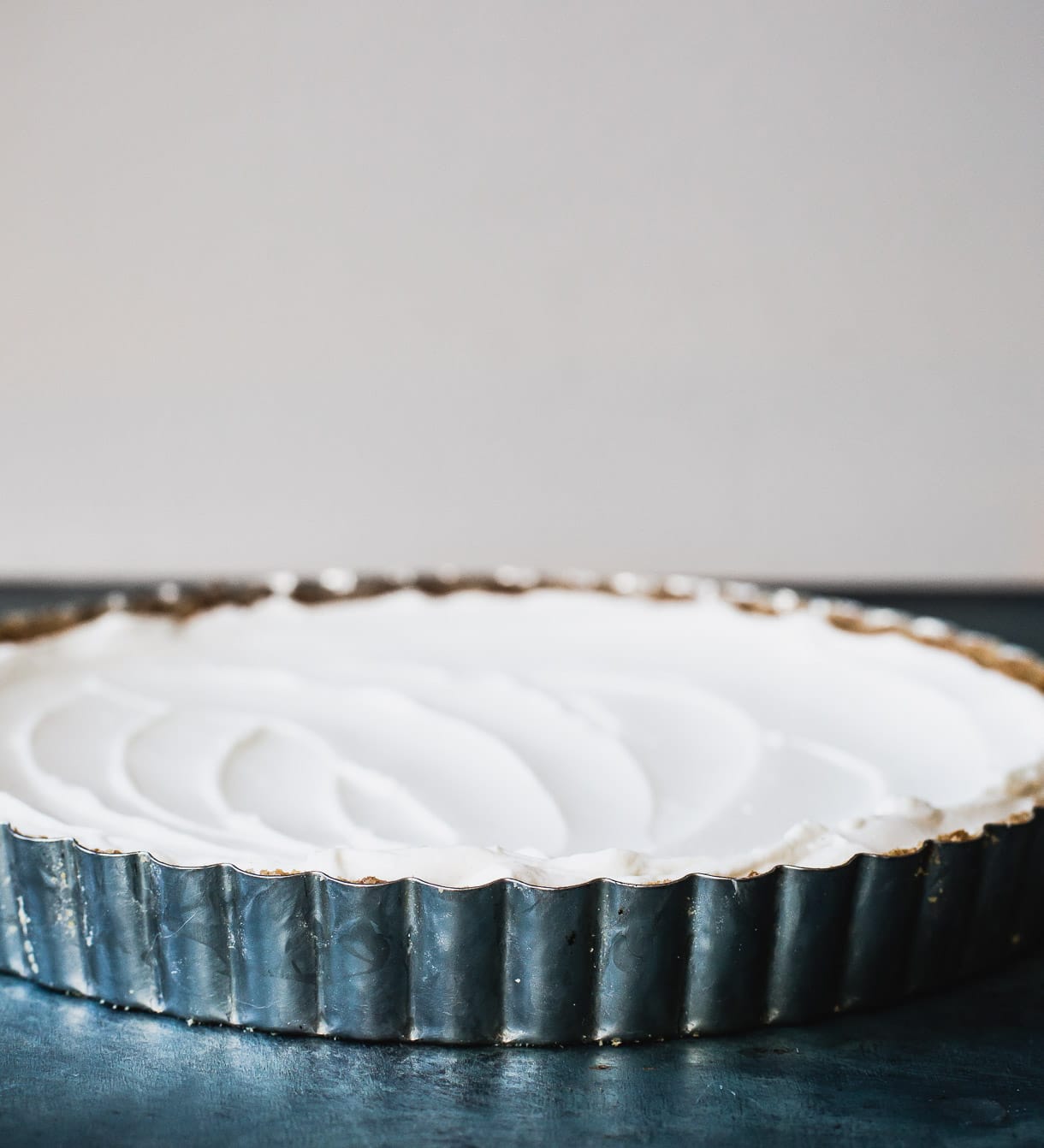 I’m more drawn to a base that tastes more sweet than doughy, which is why I choose this style of crust. Sorry, not sorry. Graham crackers are the most common “press-in” ingredient, but I rarely have them on hand (especially because gluten-free are hard to find). So after this go round with crushed Banana Nut Cheerios, I’m sold. Blitzed in a food processor, their fine texture makes a mighty fine crust for the yogurt pie, combined with just a bit of almond flour and butter. And the nutty, toasty flavor is irreplaceable.

To complete its look and taste, I adorned the outer edges with roasted macadamia nuts, and drizzled caramel over the top. Just a little for depth, but not take away from its feel good vibes. I tried both store-bought, or this date caramel when testing, it’s up to you. It lasts for several days in the fridge, a major bonus if you make and you’re household of two, like Brian and I. But I also count on it most when I’m looking to serve a lighter dessert. 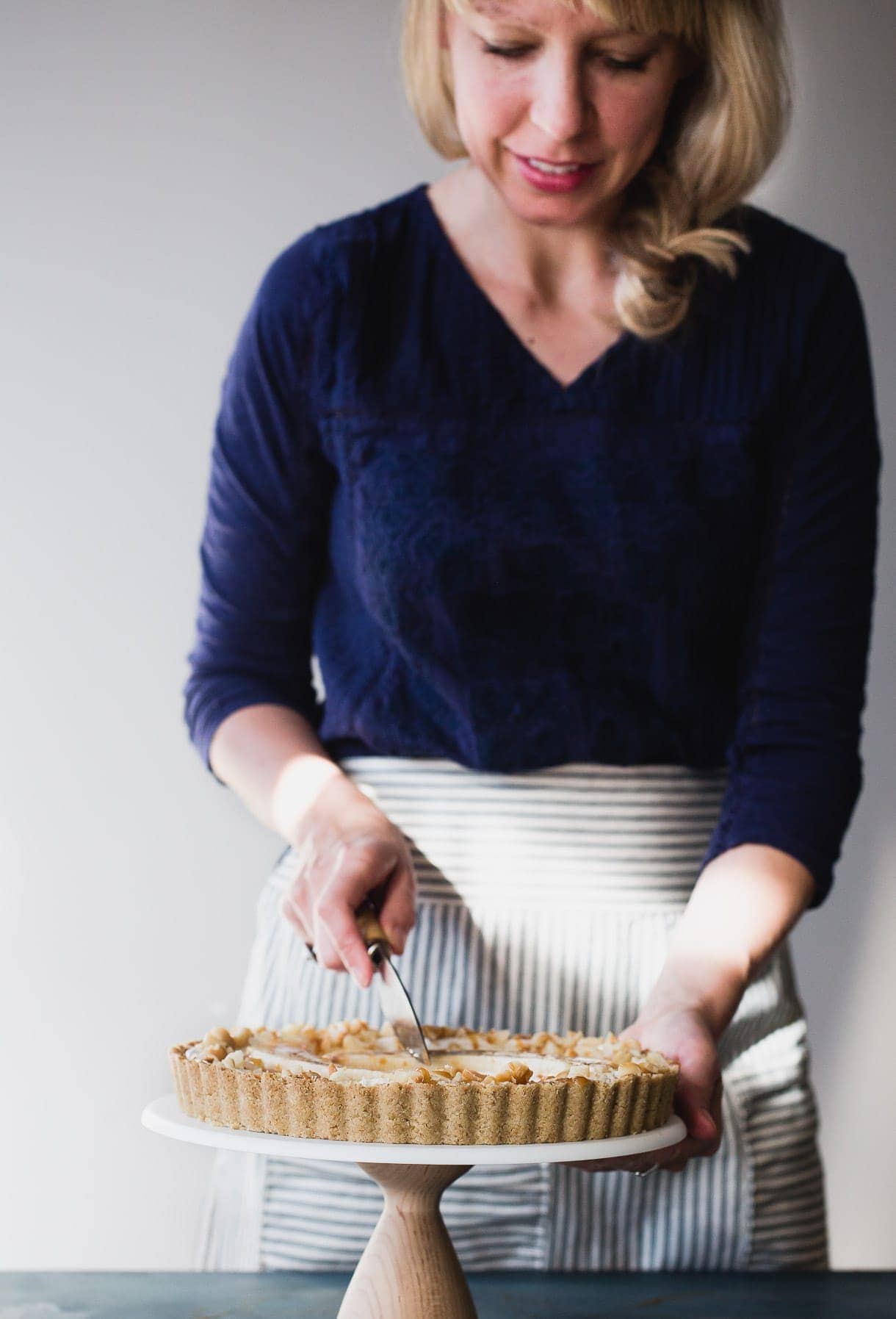 I’m home, for an extended period of time, and it feels good. I have a story to tell you next month about my visit in Western Nebraska, documenting the bread and butter of their agriculture, bean farmers. And if you follow me on Instagram, you probably know that I was in Vermont and New Hampshire for the first half of October, fall foliage bliss. Fifteen days to be exact, the longest I’ve been away. In other news, here’s what else I’ve been doing, thinking, enjoying. 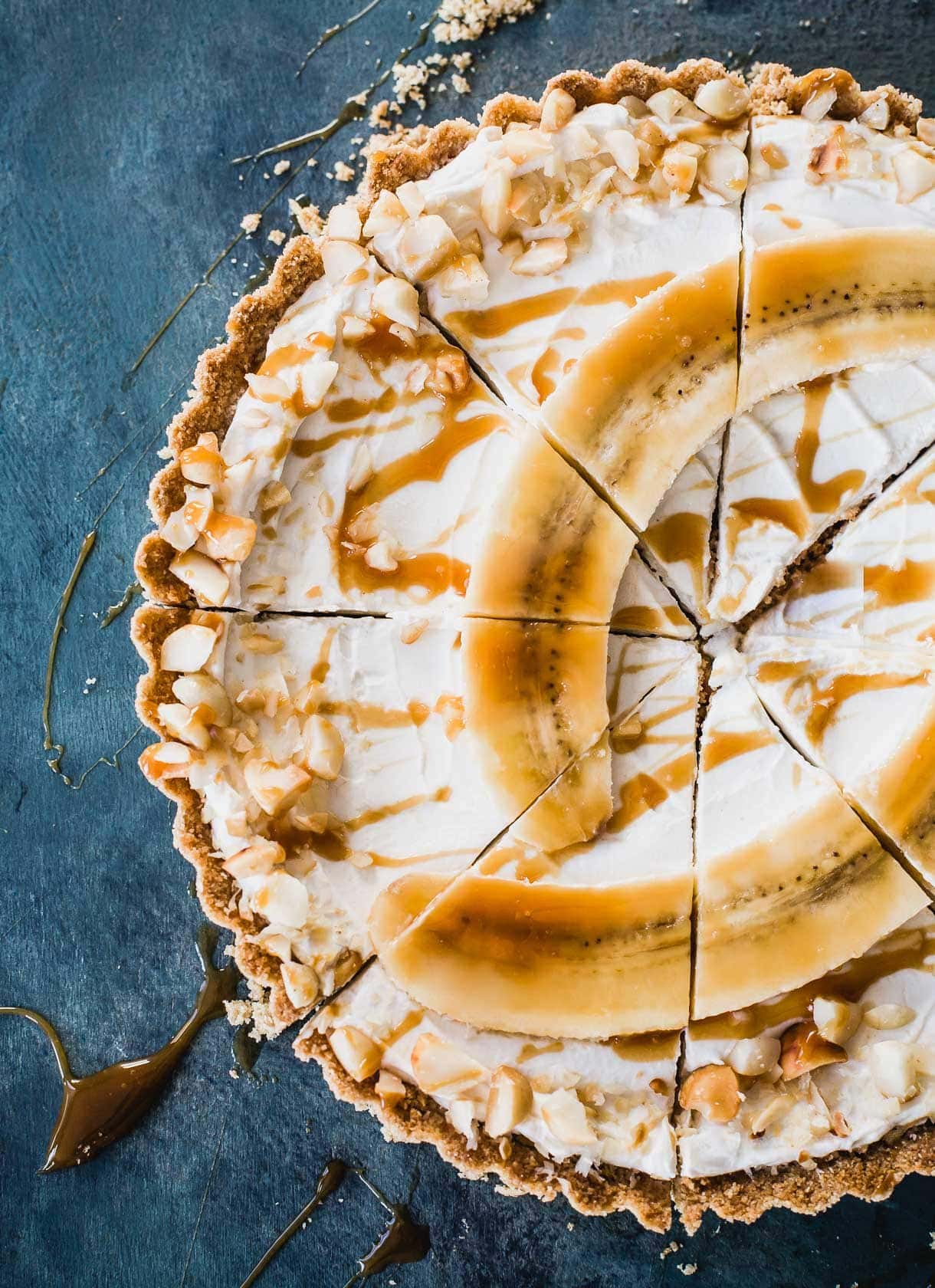 *I used my nut milk bag to strain the yogurt.