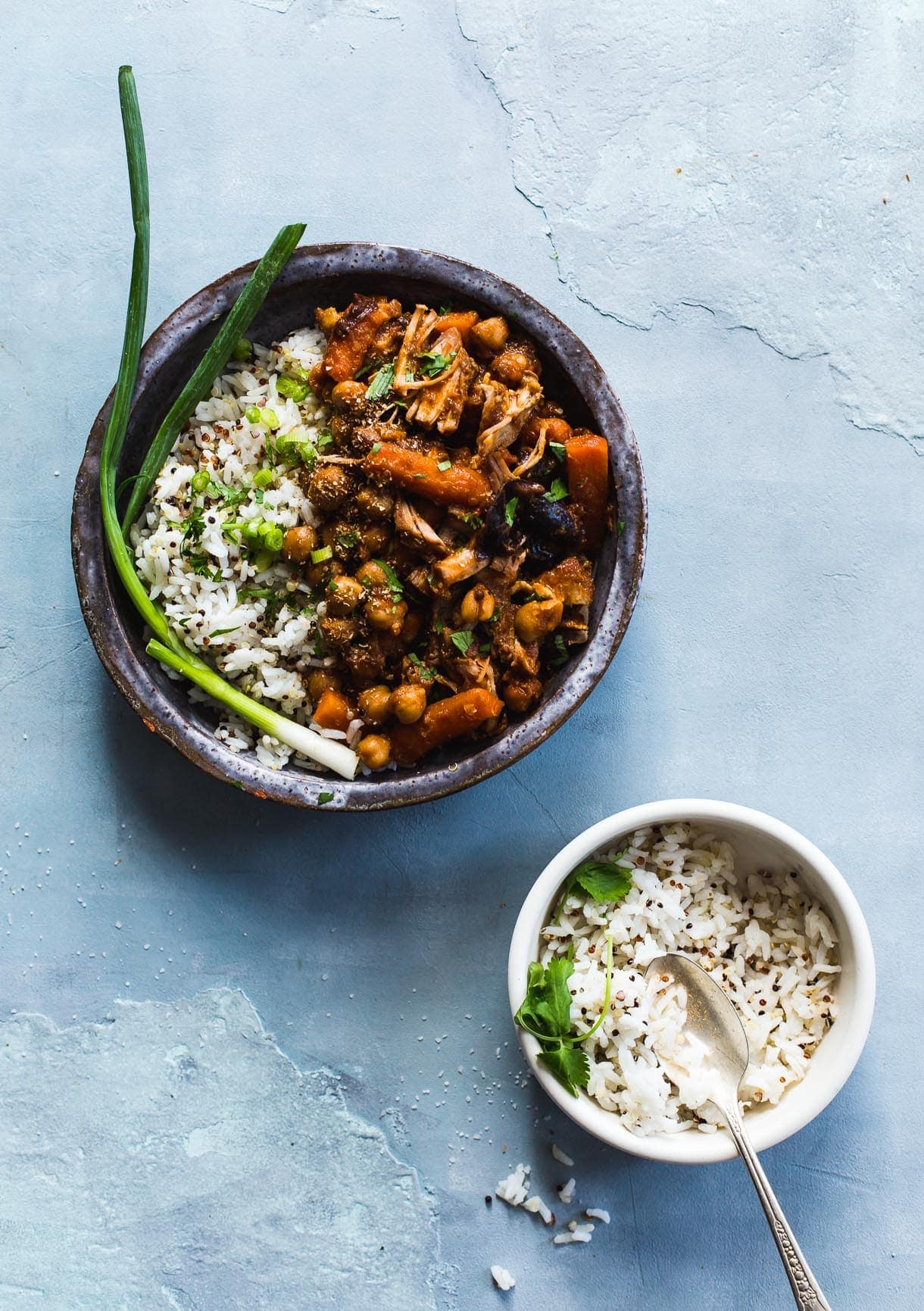 There are a lot of food assumptions, judgements, and labels thrown around these days. I get asked at least twice a week if I’m a vegetarian. People assume I don’t eat meat because I post a lot of plant-centric food, and yes, my fair share of sweets.

I’m not a dedicated herbivore, or carnivore. I’m an everythingivore.
with utmost respect and priority for how it was raised or grown,
whether that be plants or animals.
Listening to what my body needs and wants.
Forgoing overly processed foods because they just don’t taste as good as fresh to me {but there are always exceptions – cue Reese’s pb cups, or once in a blue moon Doritos craving}.
And my budget.

That boils down to eating mostly seasonal vegetables, whole grains, eggs and dairy from happy animals. Chocolate. And maybe twice a week, meat or seafood that I know was raised on open pasture, or able to swim in wild waters. Quality, compassion, and health over quantity. This week it was this Three-Spice Pork with Chickpeas and Carrots, pull apart tender, with so much flavor. And a triumph in figuring out how to utilize pork stew meat, which is so lean that it often becomes tough and chewy. BUT. There’s magic in searing it a certain way (in the recipe section below) and a long, long braise.

The pasture raised pork came from TC Farms, the passion project of 30-something year old Jack and Betsy McCann, and their two littles. Earlier this summer I was asked to do a freelance photography and writing project for Lakewinds Coop to celebrate and inform members about their exclusive partnership with the farm. So we headed about 40 miles outside of Minneapolis on a blazing hot July morning. We arrived a little past 8am, temperature gauge at 85 degrees, the humid fog rising above the dark green pastures. As I opened my car door, I was greeted by the sounds and smell of farm life, and even at first glance, I knew this place was different. There were no big buildings, pens, or crates. There was open land, and an entire ecosystem running like clockwork, seemingly on its own. Chickens goofing off near a pile of sleeping hogs. Ducks lounging amongst the chaos. A few heritage bred cows standing tall in the field, even a ram (!). And the resident farm dog stirring up the animal crowd all at once, making himself known. Jack greeted me, and shortly after, he had a little blond tugging at his leg, begging to take a walk to where the ducks were. 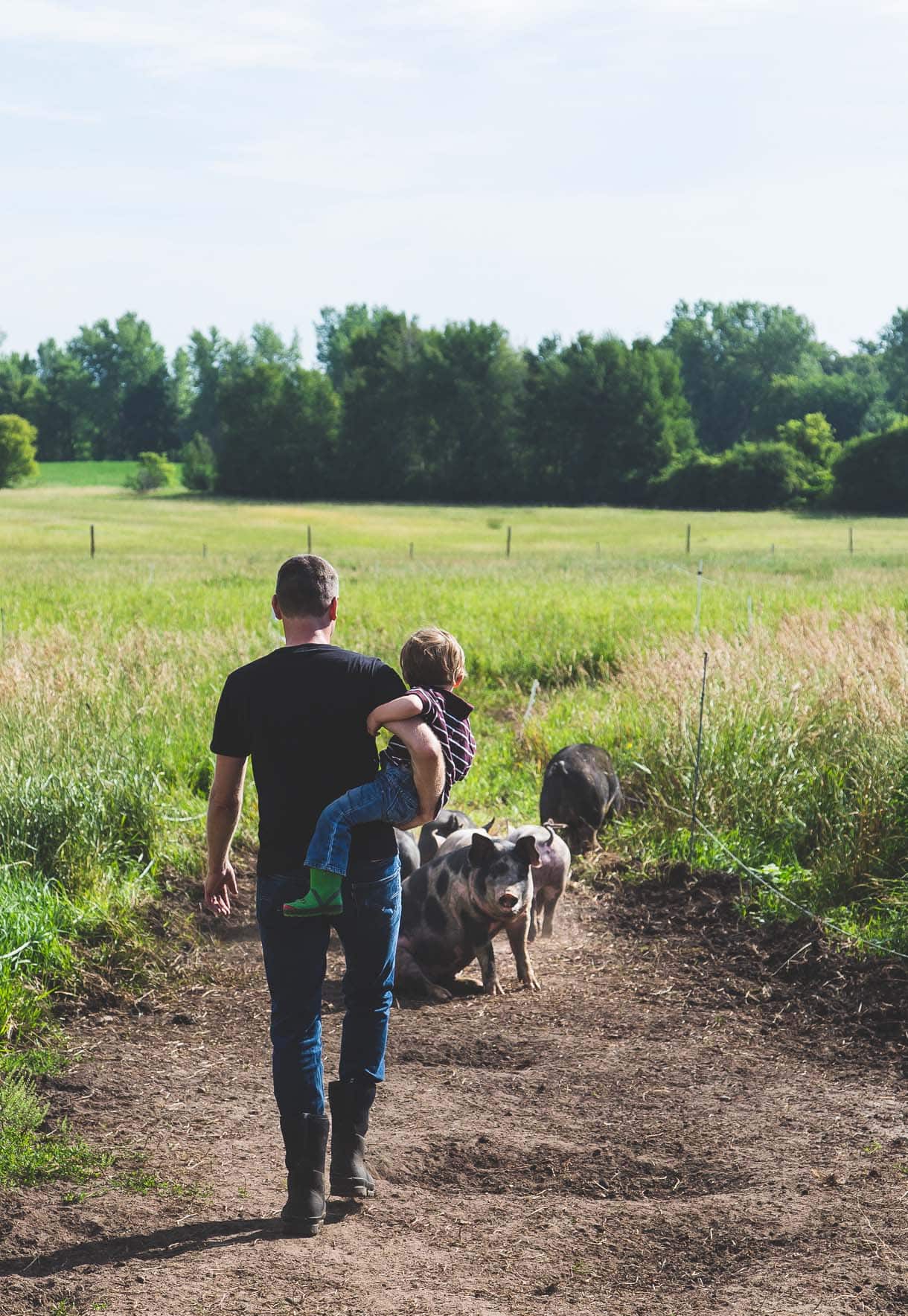 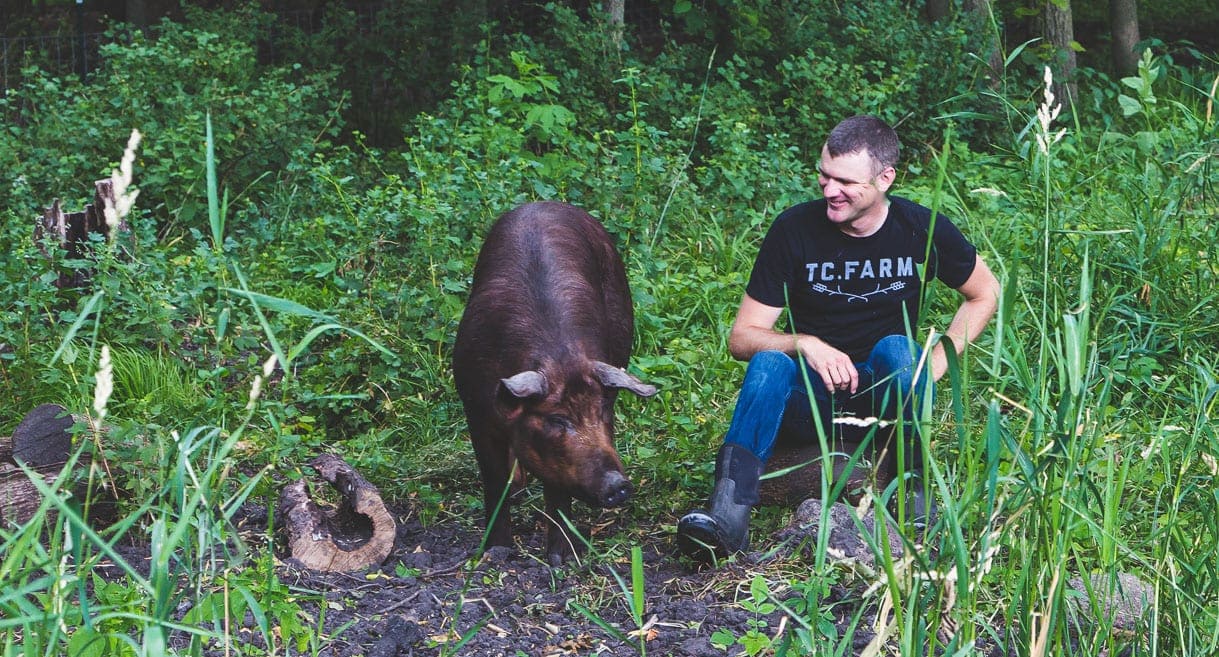 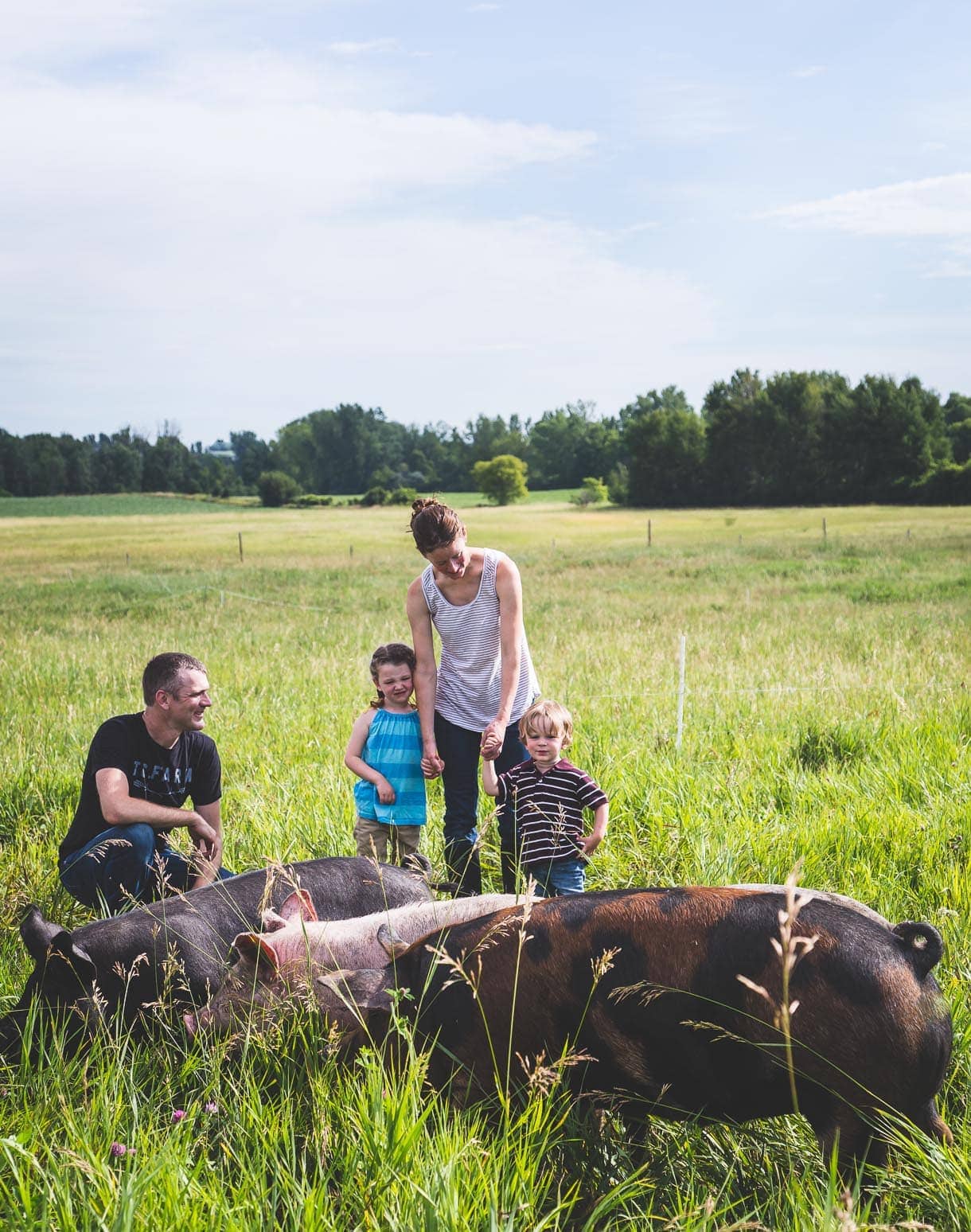 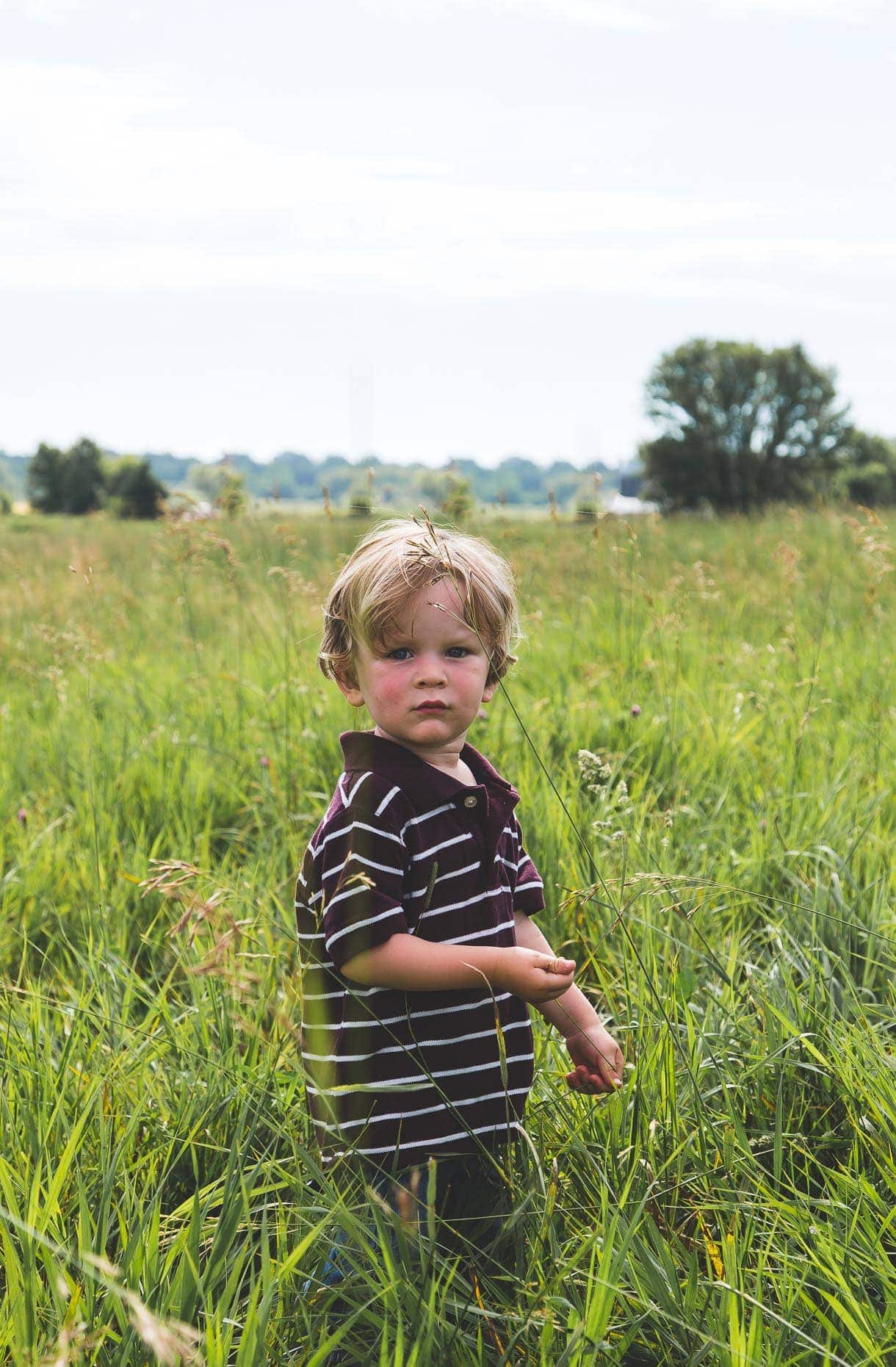 The story behind food. I geek out on it. I like to see it in action. I like the details. And being able to share that with you. As I often talk about, that’s what bridges the connection for me. There’s something pretty special about the circle of life, whether that be how a tomato starts as a seedling and eventually brought to market by the elderly gal who sells them out of her hatchback, or Jack and Betsy, who raise these heritage breed pigs like their third born.

The McCann’s started their pasture based, sustainable farm in 2010 when they began to see just how convoluted the food industry was, with so many layers covering up the true cost of factory farming, even at the organic level. Although it may be a few dollars cheaper, the cost of animal welfare, our health, and the environmental impact comes with a much higher price. And because there is little US regulation on what actually constitutes grassfed or pasture raised that label alone doesn’t say much. It’s knowing the farmer’s way of doing things, both their values and process, and feeling good about what they’re bringing to you.

I walked away from the day with so much respect and gratitude for their work, the care they take in raising the animals, and beyond…. supporting farmers transitioning to organic farming when needing supplemental, non-gmo feed in the winter, the research they continue to do and respond to regarding the environmental impact of pasture-raised pork, and learning more about why it’s nutritionally more sound to eat than conventionally raised. 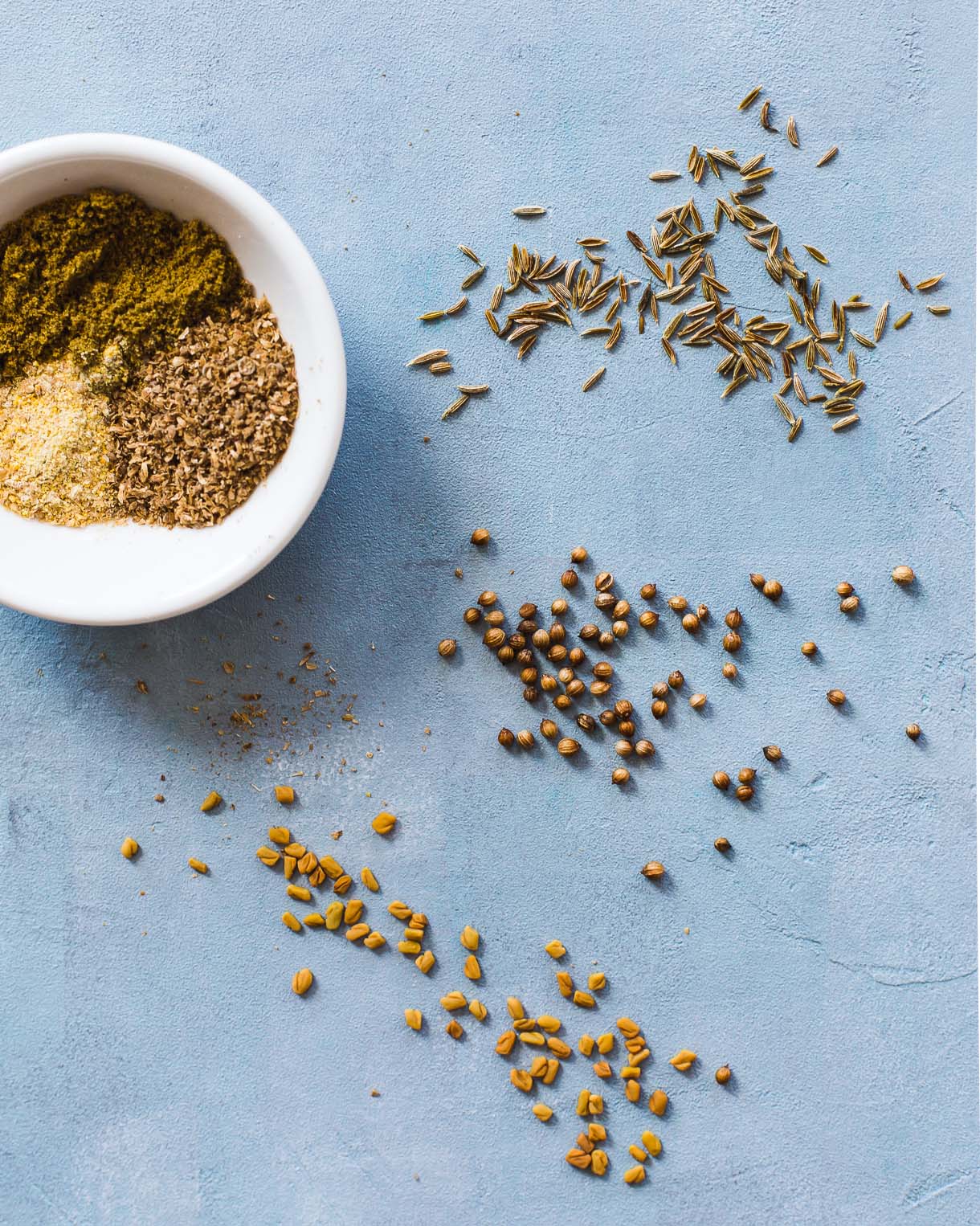 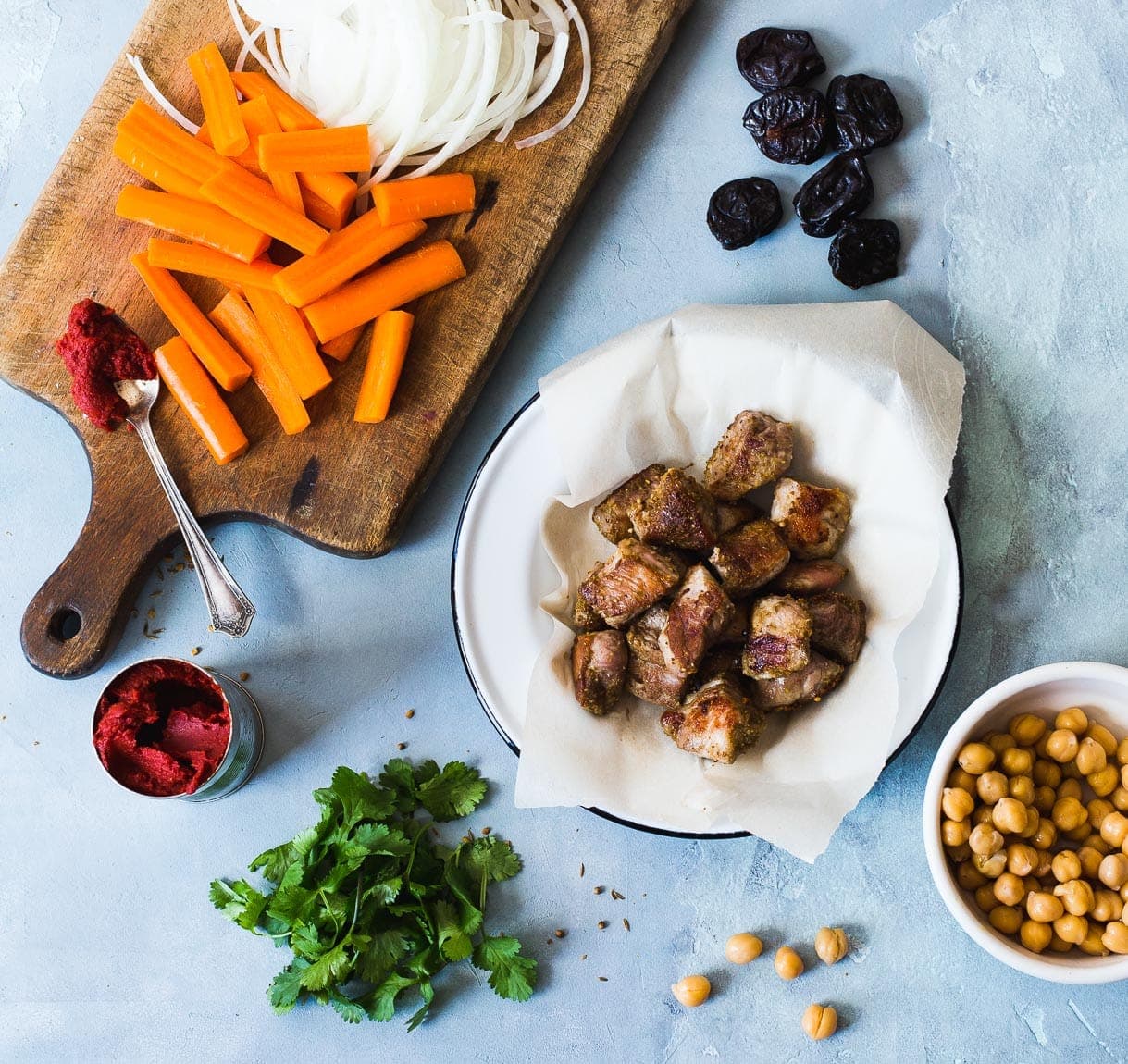 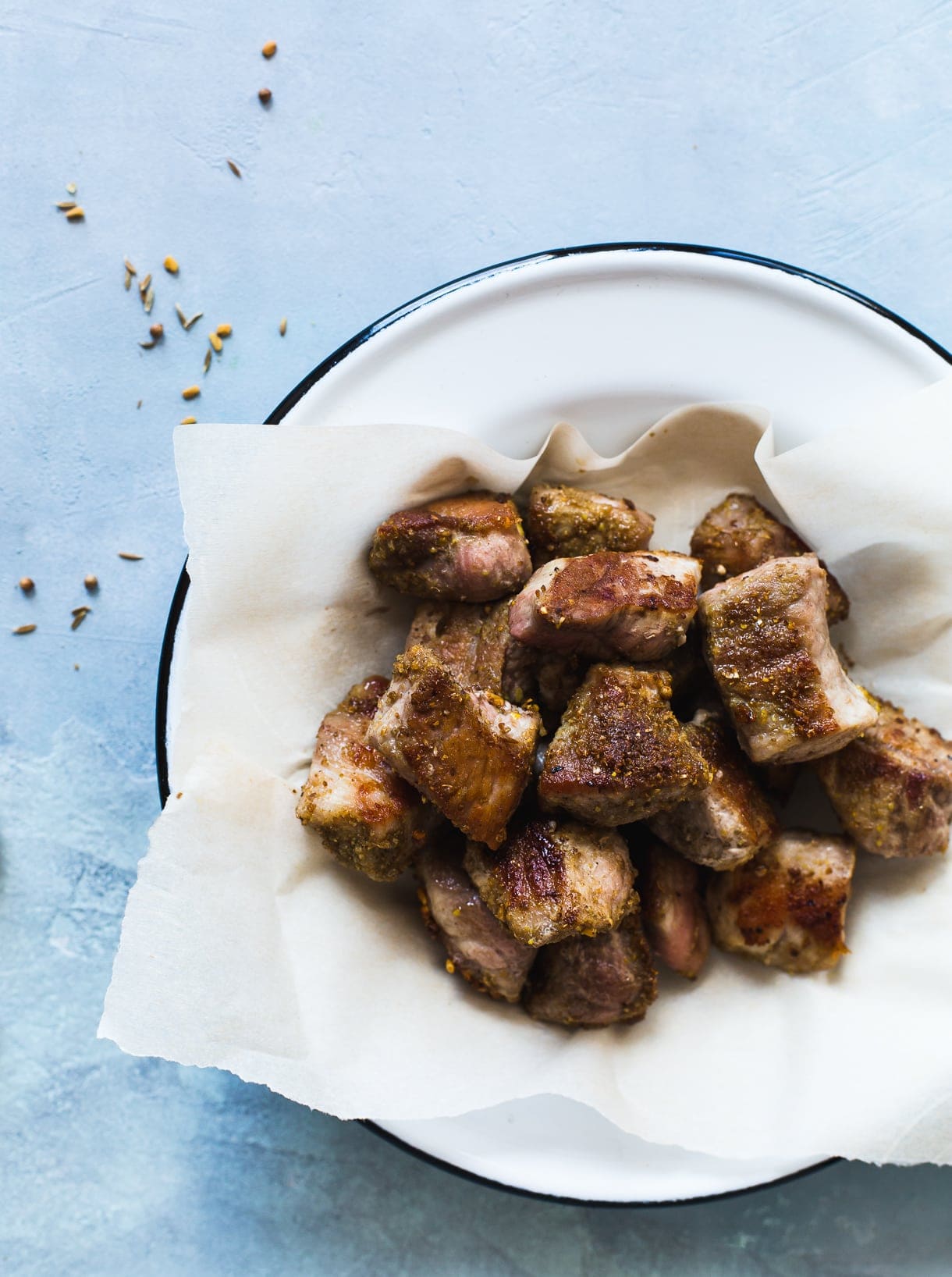 It’s a stew for the coldest of January nights, one that has the most warming flavors you’d imagine in something that spent plenty of time sleeping in a dutch oven. And on the more feminine side of meat dishes if you ask me, along with these lemon cardamom meatballs. I used three spices to coat the pork: cumin, coriander, and fenugreek which bring depth to every bite. There’s no garlic, just onion. Carrots, chickpeas, and a few prunes (just for a little sweetness, think of how barbecue has a hint of sweet) are added later in the process, and finally tomato paste to thicken.

As I mentioned, there is a key to getting the pork to fall apart, juicy and tender as can be. Yes, cooking it low and slow is important, but even more important are the specifics of the sear before that happens. I was used to putting all the meat in the pan at once, with hot oil, browning it on all sides. Which you do need to do. BUT must do this in batches. Because when seared, the juices run off the meat, and creates a pool. This liquid, if meat is crowded, doesn’t not allow for the hard, crusty seal you see above. And at this stage,  moisture is the enemy because you’re trying to lock the edges so that when braised at a slow temperature, the meat cooks from the inside out and and slowly lets the muscle fibers melt away. So by doing it in batches and giving the pork room, the liquid evaporates and you’re able to get the golden brown crust. Which then after the long and low heat braise, you have pull apart meat. 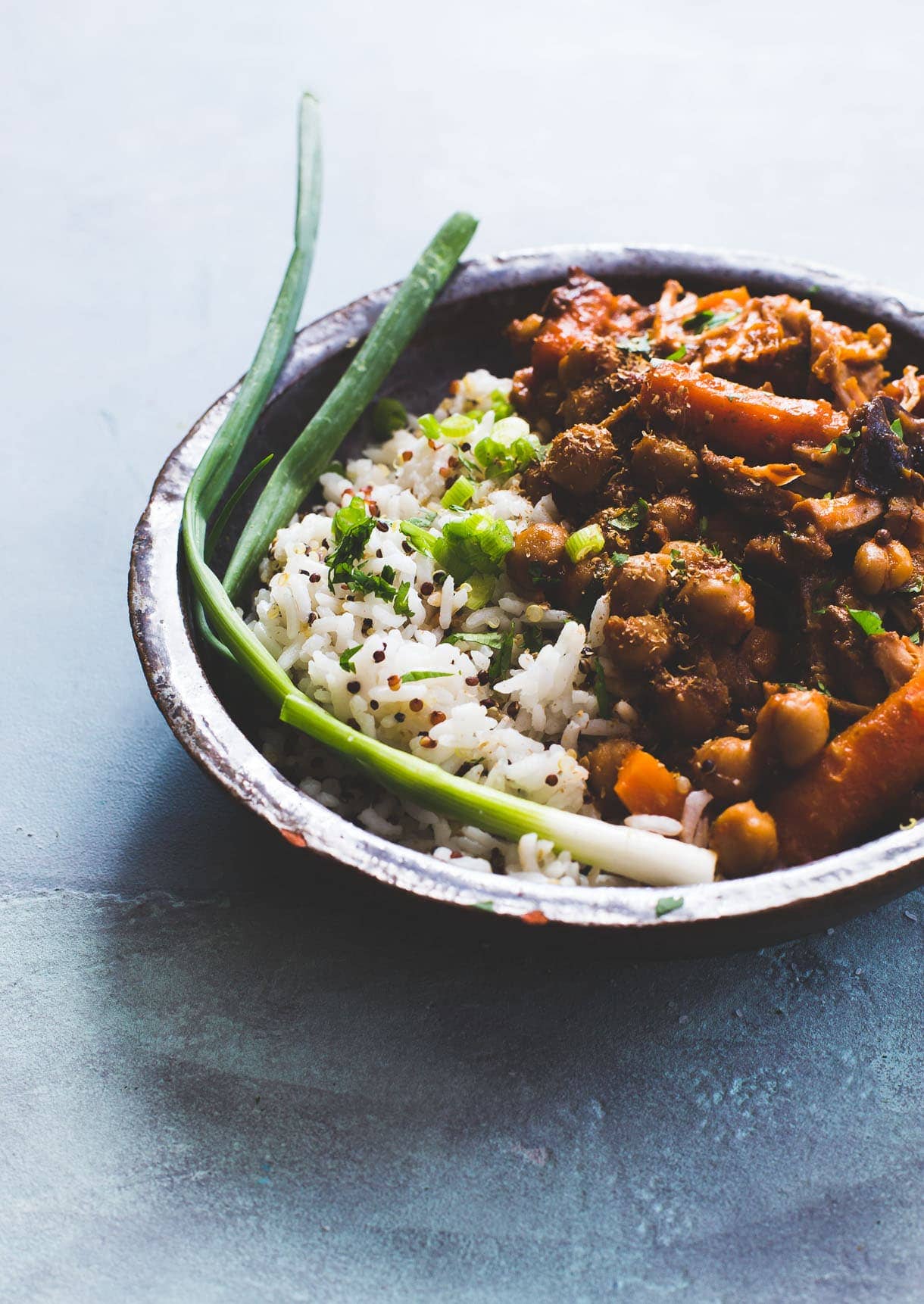 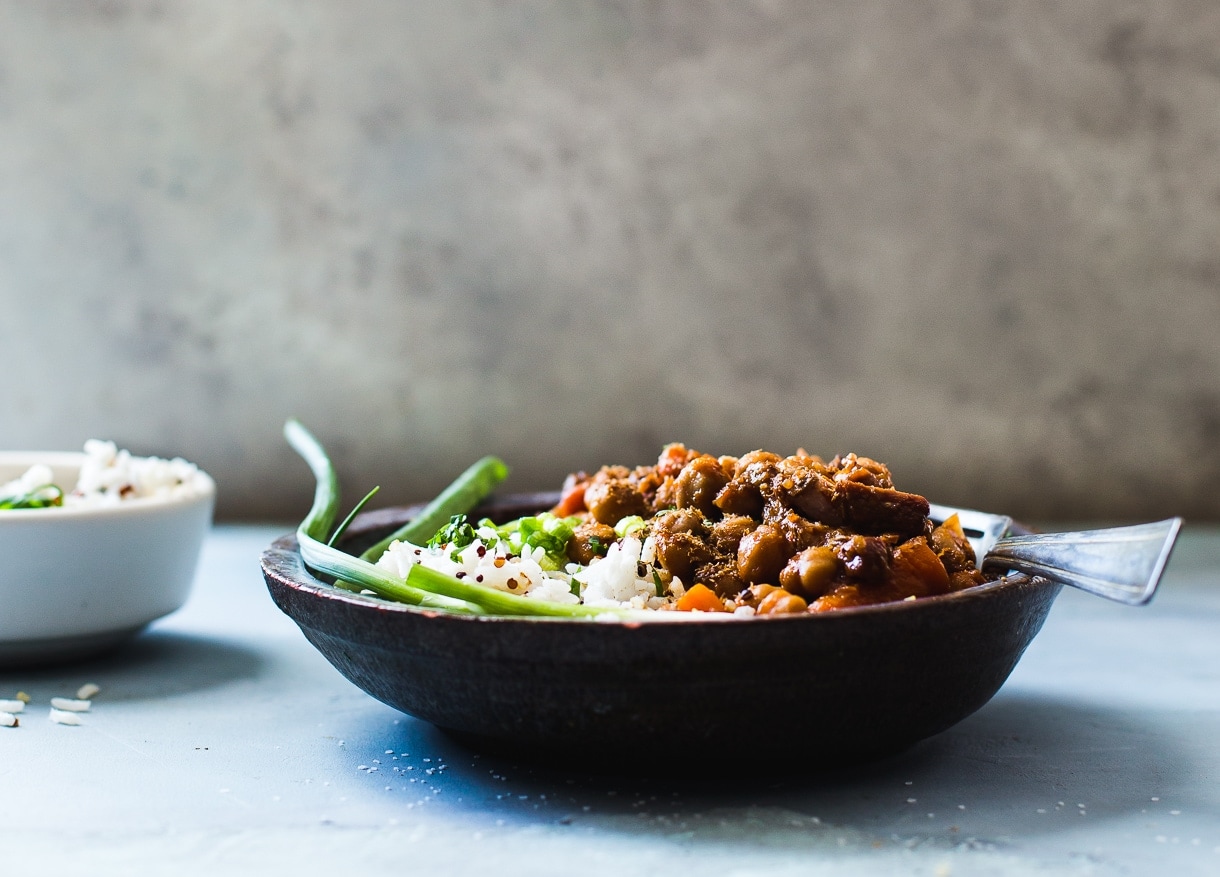 Thanks to Lakewinds Coop for not only sponsoring this post, and allowing me to share a little about our time together on the farm, also in supporting the community, and all the local farmers and artisans. You are so important to our food system. 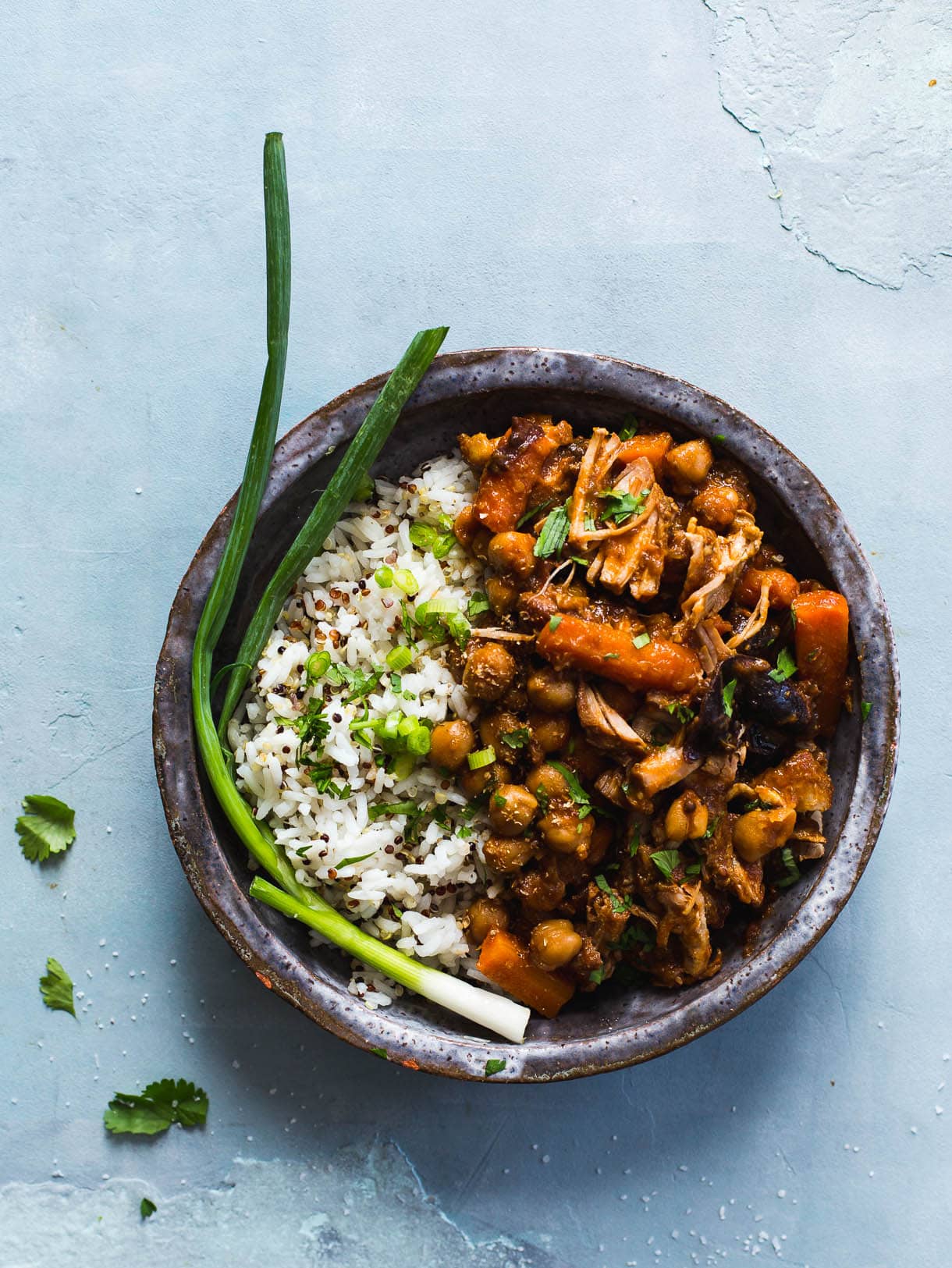 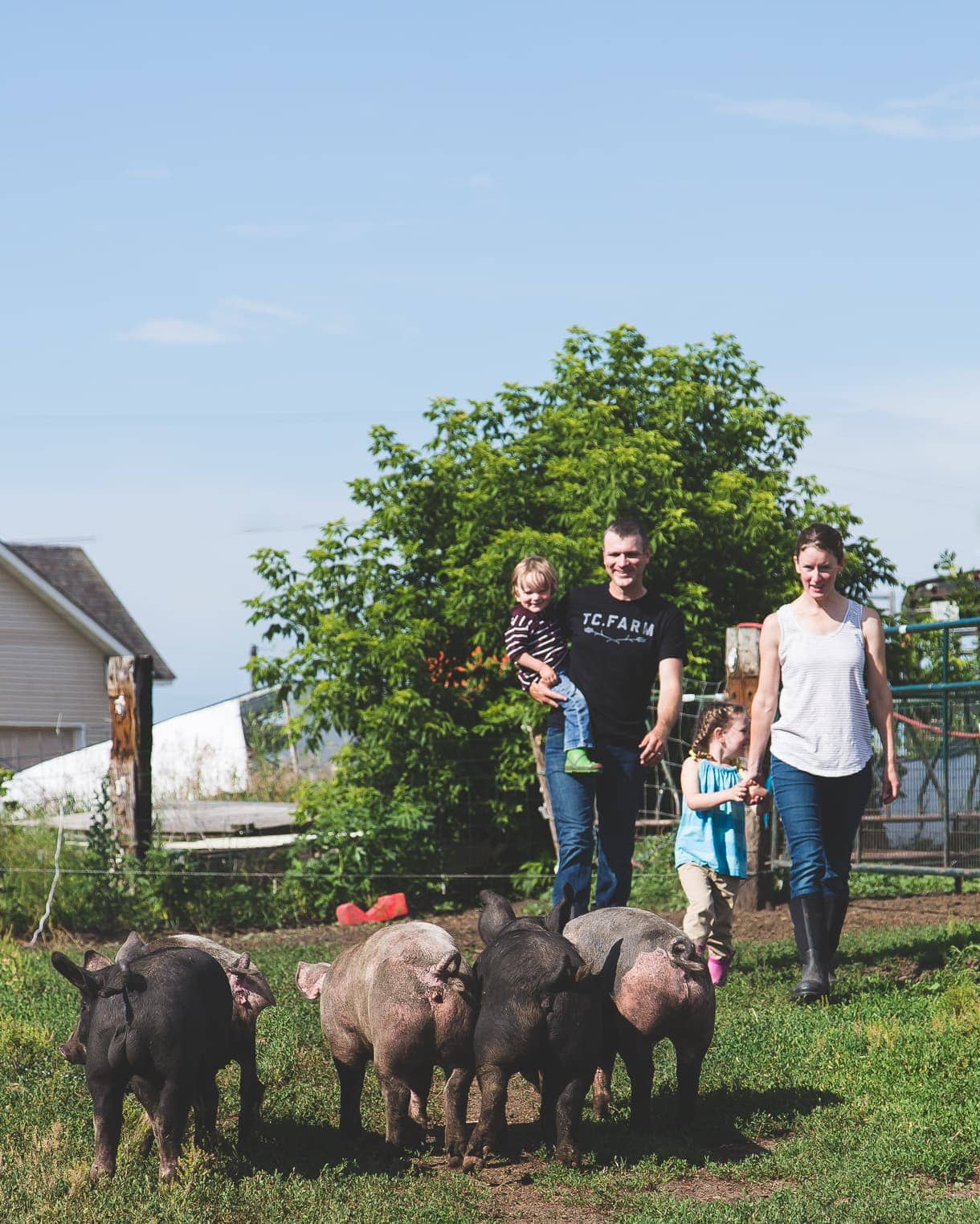