Ready to eat spaghetti squash for breakfast? Let’s do it!

Fry it up in a cast iron skillet with an egg, and you have a super satisfying Whole 30 breakfast. I like to make these Almond Flour Banana Muffins to go with it or a Strawberry Kiwi Smoothie.

This Whole 30 Spaghetti Squash Bacon Hash works beautifully as a nourishing lunch or dinner too. The golden strands of this yellow squash are truly a work of vegetable art!

Tips for Cooking with Spaghetti Squash: 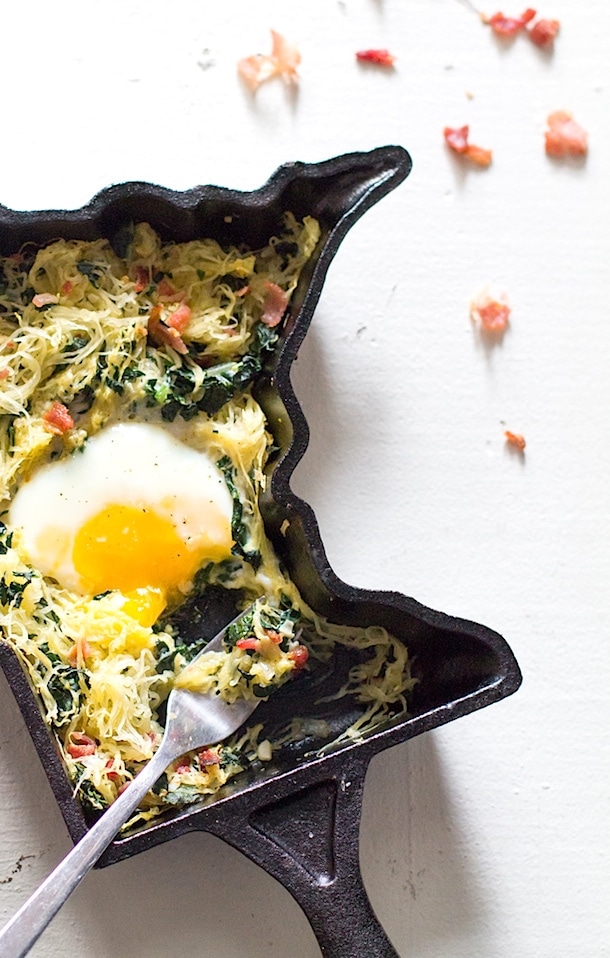