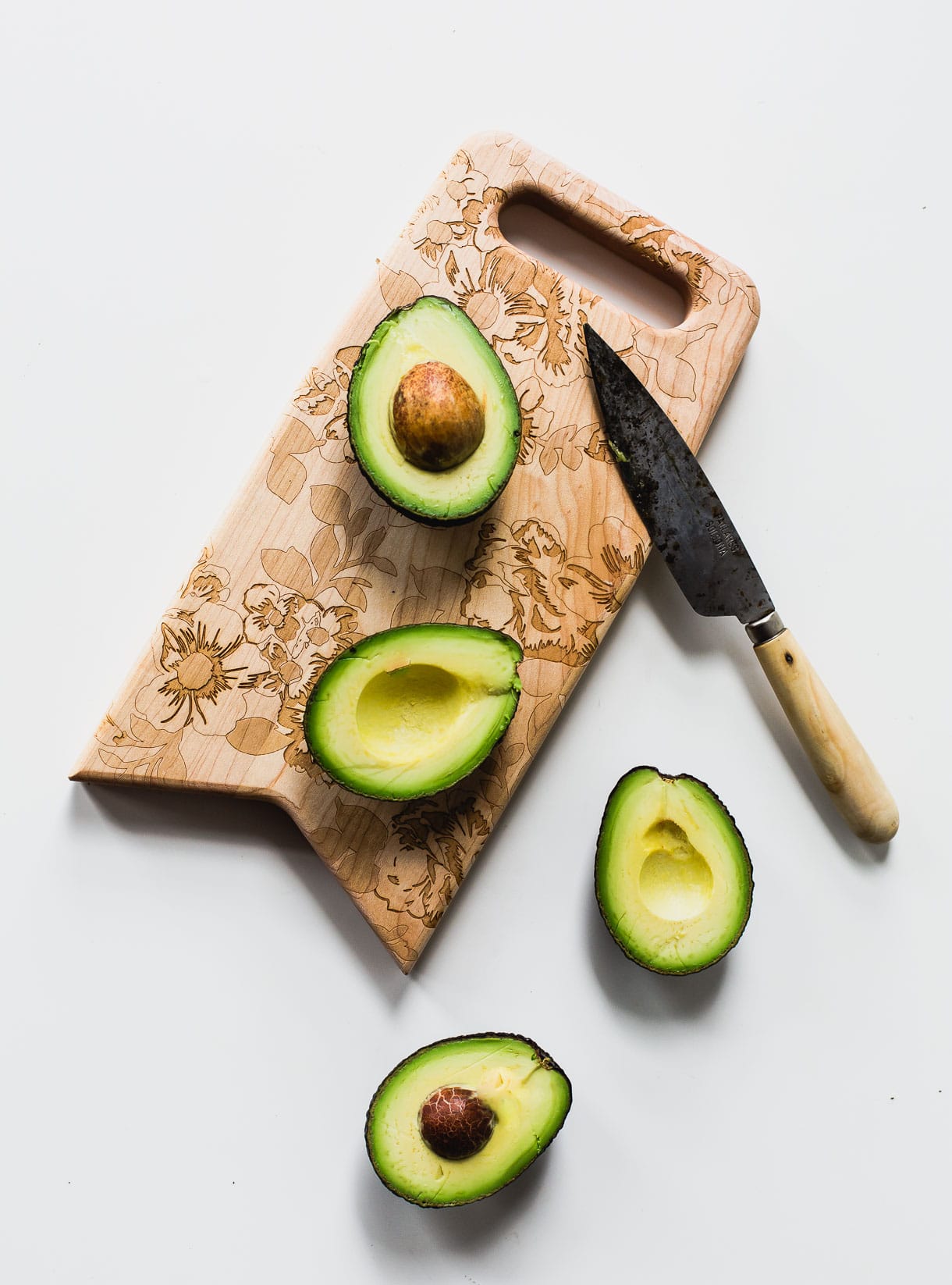 This post is sponsored by FoodSaver, a partner of Heartbeet Kitchen.

It has been operation #SaveTheAvocado for the last week in this kitchen.

There are many, many methods (and myths) that claim to be the best at keeping an avocado green after its been cut. I think I’ve tried them all….

It seems that to avoid the dreaded brown avocado, one needs to eat it all in one sitting, which isn’t realistic for just one person (unless they’re the tiny avocados sold at Trader Joe’s). Over time, the best way I’d found was to actually leave the avocado in a sandwich bag, cut as is, because the air creates a natural seal. It certainly helps to preserve for maybe a day, but browning becomes quite apparent on day 2, leaving definite room for improvement.

But what about a FoodSaver? How would it preserve an avocado? That was the experiment I set out to test. 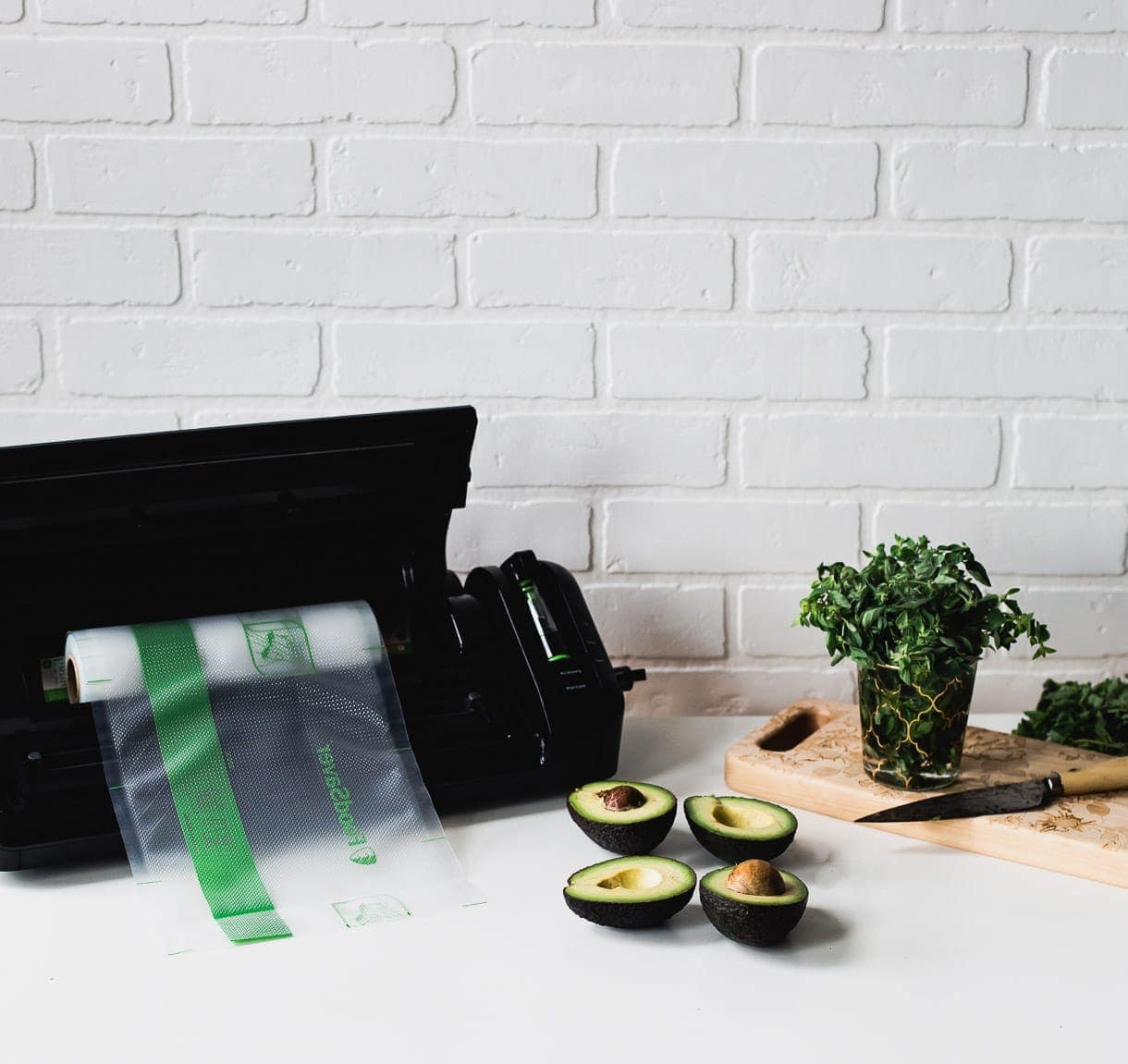 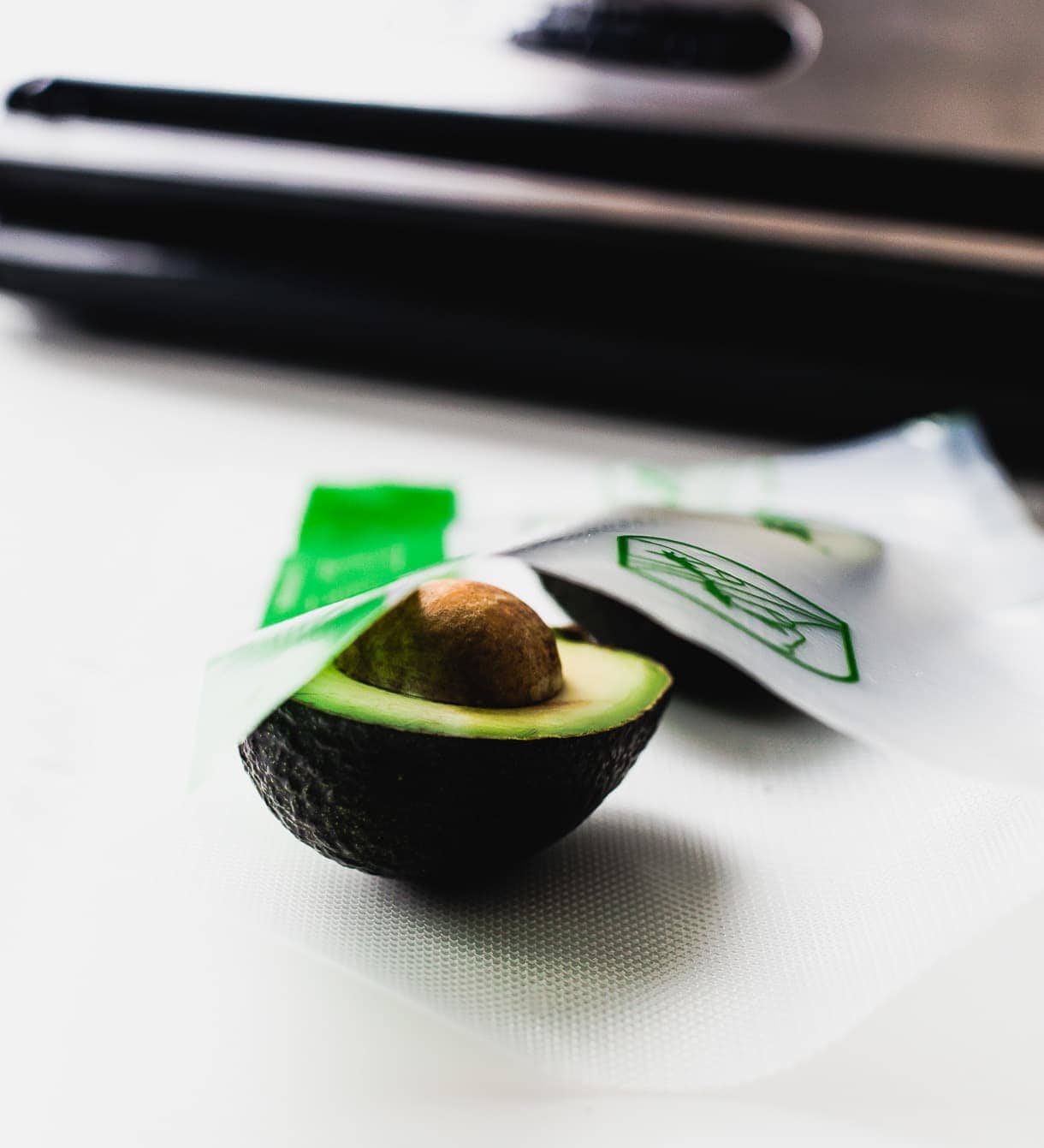 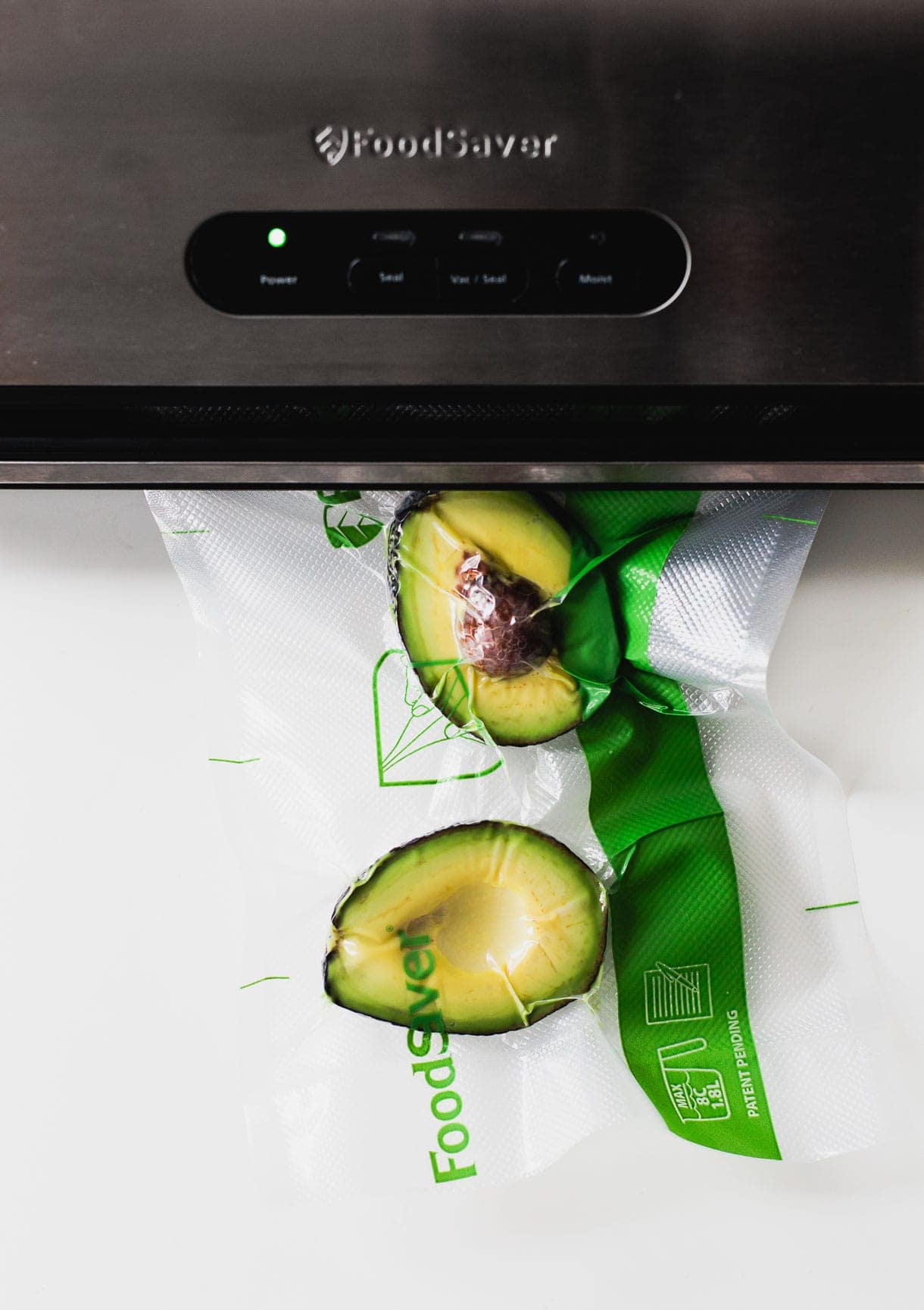 If you’re unfamiliar, FoodSaver is a vacuum sealing system that seals and removes air from storage bags so food stays fresh longer. Prior to this partnership, I did not own a FoodSaver, but had always been curious. And plenty of times when food would perish in the refrigerator, or acquire a thick layer of freezer burn, I had wished I did.

My first experiment with the FoodSaver FM3000 was all about the avocado. I used the new Seal N Peel bags (BPA free, with fast and easy way to open without cutting) to store the avocado, and documented the progress of “brown”, and also texture, compared to my typical “store in sandwich bag” method over 4 days time. Let’s walk through what happened. (For ease of seeing the progress, I took the avocado out of the sandwich bag for photos to show the browning as clear as possible.)

Right After Sealing, headed into refrigerator. 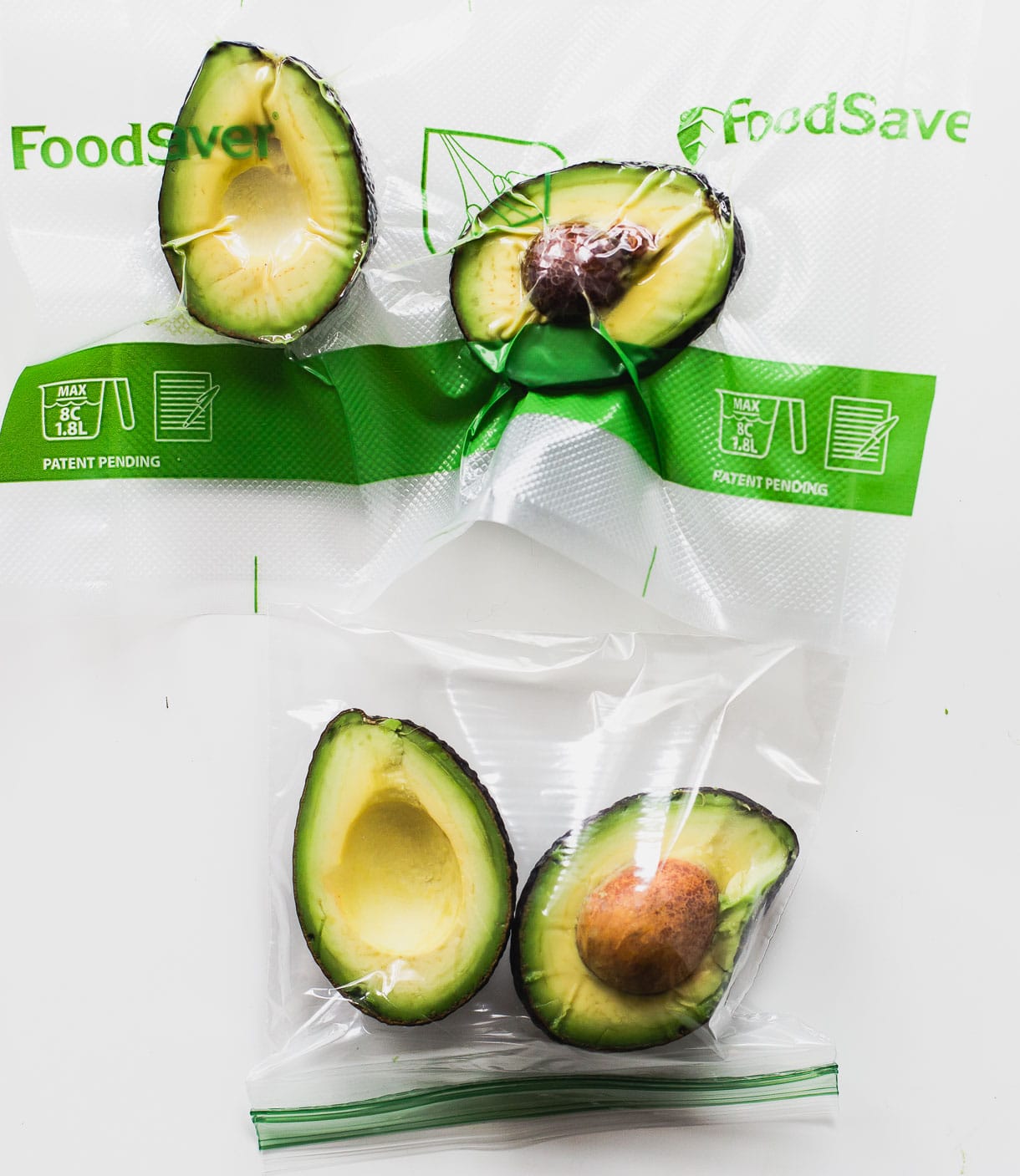 On the second day (after 24 hours in the refrigerator): No browning with the FoodSaver, significant degrading of avocado kept in sandwich bag. 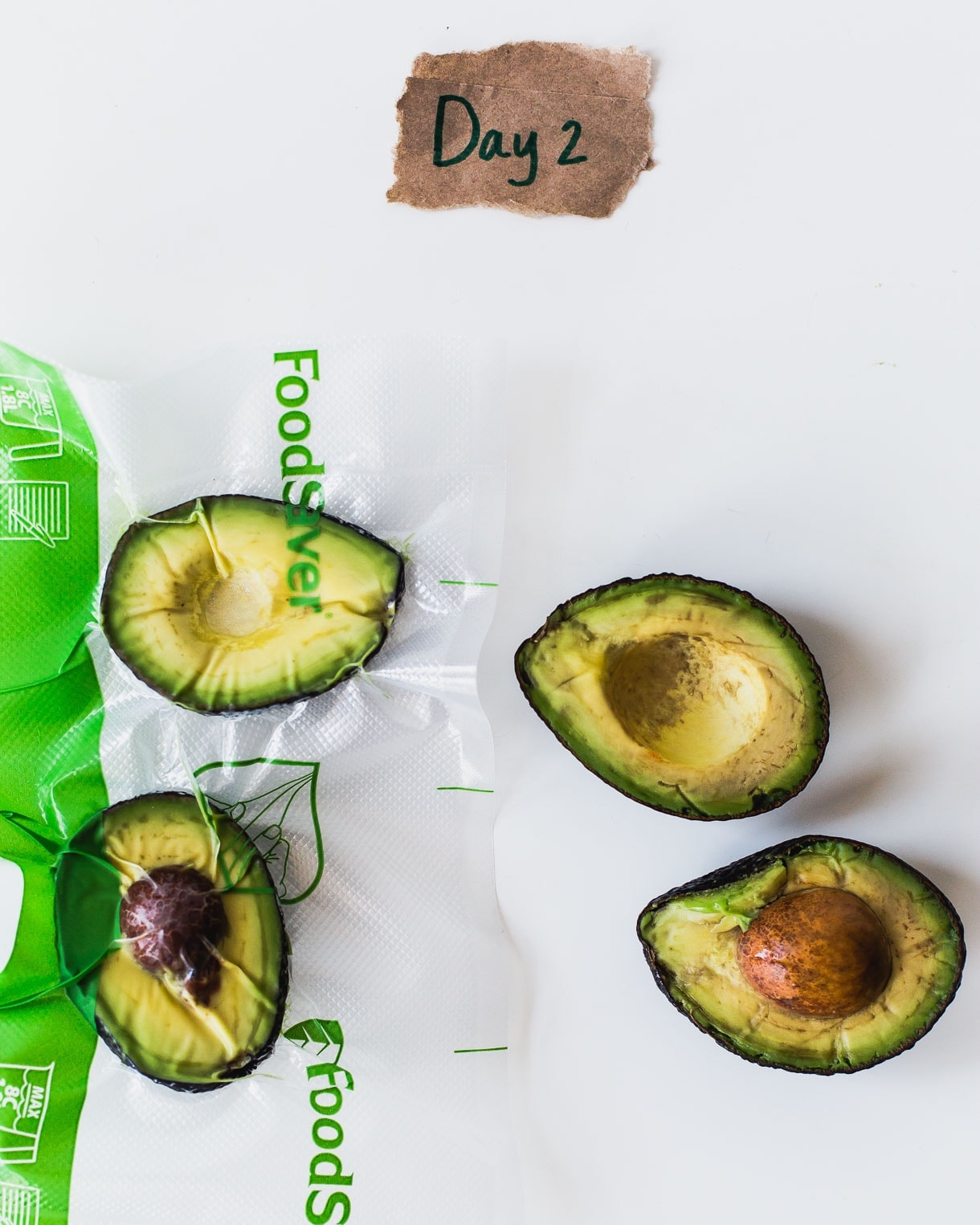 On the 3rd day (after 48 hours in the refrigerator): No sign of browning with the FoodSaver, slightly additional browning for avocado kept in sandwich bag. 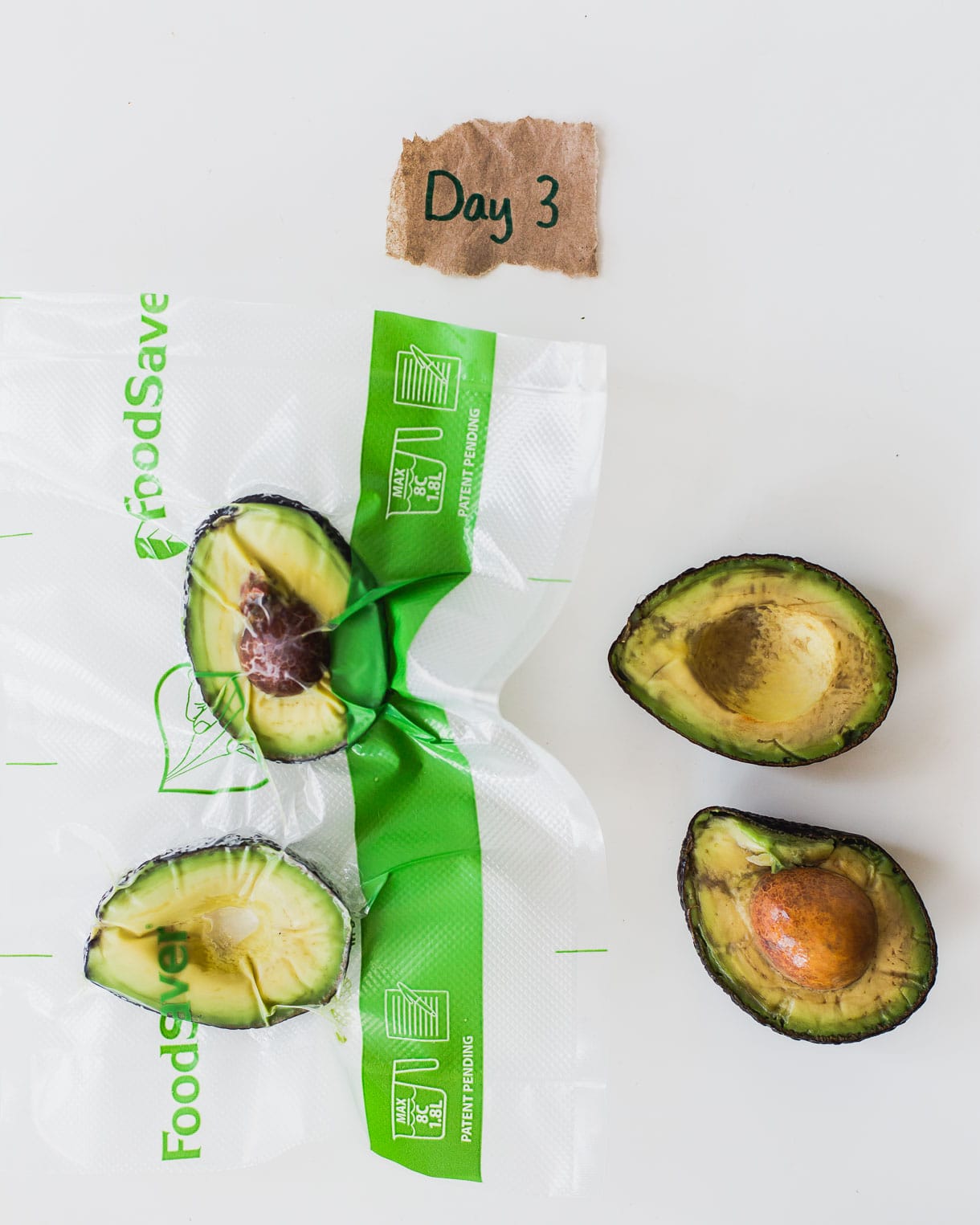 On the 4th day (after 72 hours in the refrigerator): Avocado sealed in FoodSaver Peel and Seal Bag still completely green, looks pristine. Whereas avocado kept in sandwich bag has degraded and become not only very brown, but structurally soft as well. 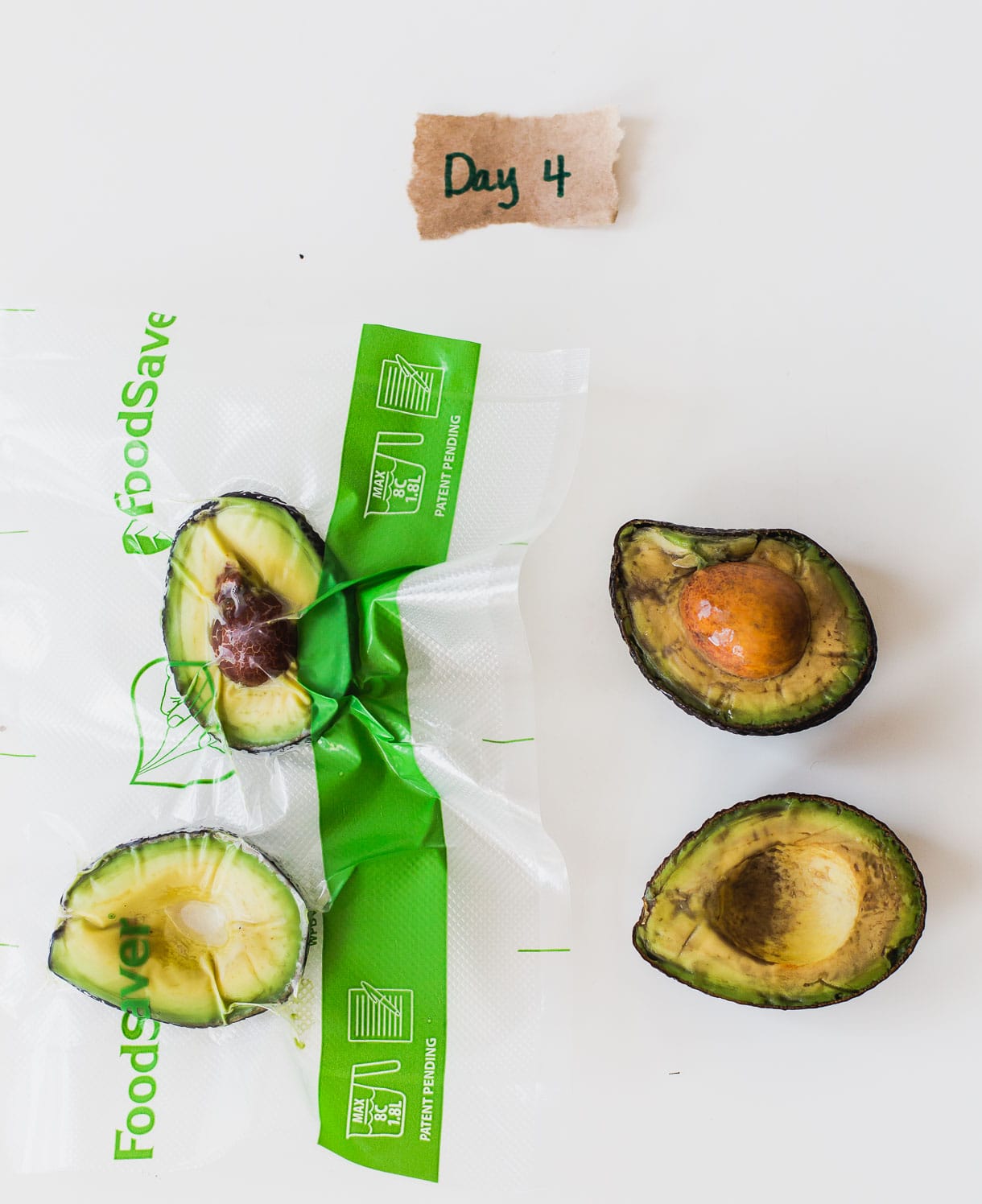 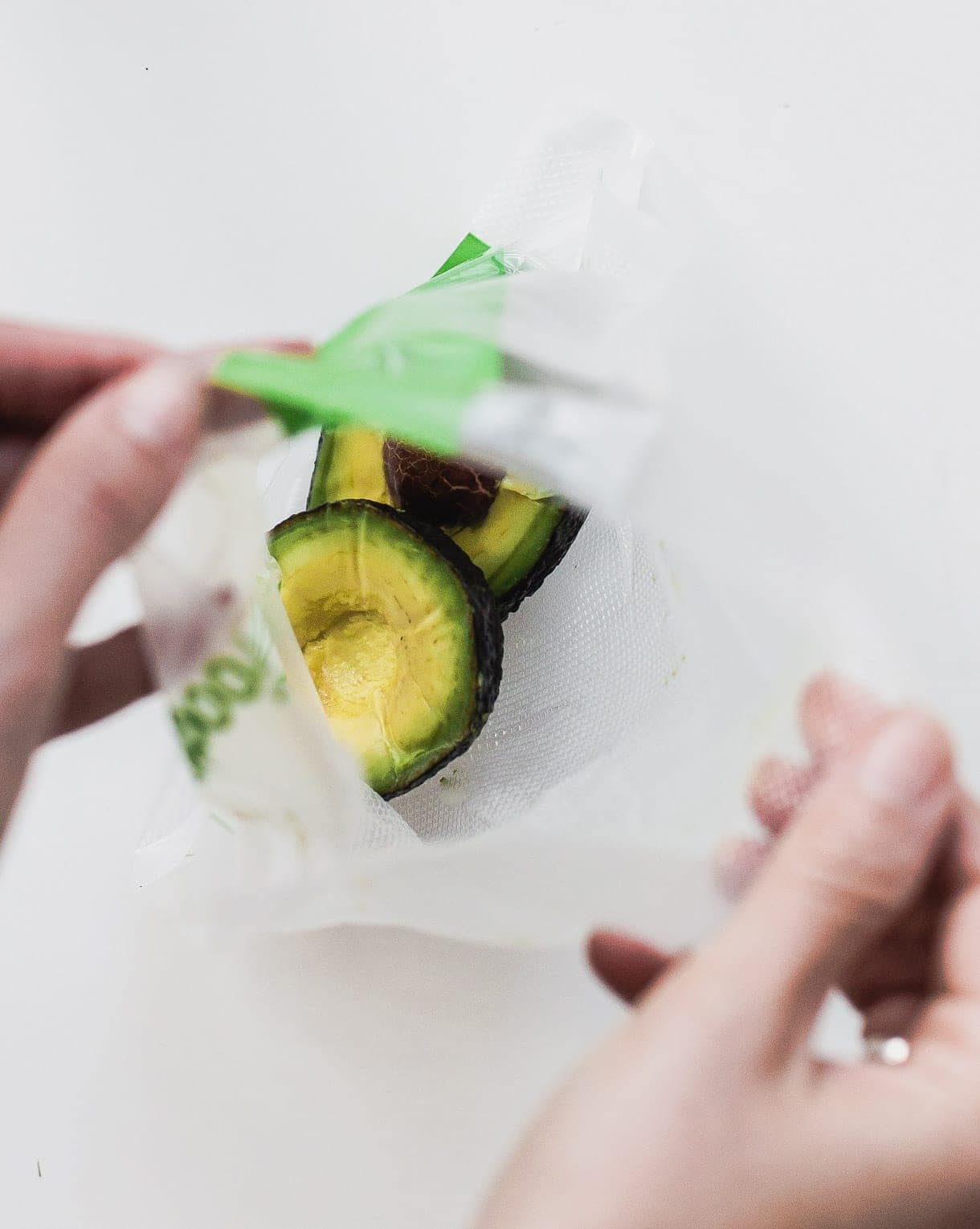 A FoodSaver does keep an avocado from turning brown! The comparison to the avocado kept in the sandwich bag was not even a close competition. There was very little green left to be seen, and the structural integrity of this avocado was basically like mush.

I actually kept the avocado in the FoodSaver Seal N’ Peel bag for 3 more days, for a total of 6 days, and although I didn’t document it with a photo, it was STILL PERFECTLY GREEN! Very impressive. I’m excited about the fact that I can avoid wasting avocados that don’t get eaten in one day. As well as being able to stock up when they’re on sale!

Now for the GIVEAWAY! Yes, one of you will win the FoodSaver shown here, the FM3000 series, so you can preserve all the things.

To enter: click here to view the FoodSaver website, and leave a comment below with the food you look forward to saving instead of throwing in the trash. Random winner chosen and announced August 5th, 2018 at 11am CST, US residents only.

Oh, and here are some of my favorite recipes from the archives that include avocados! 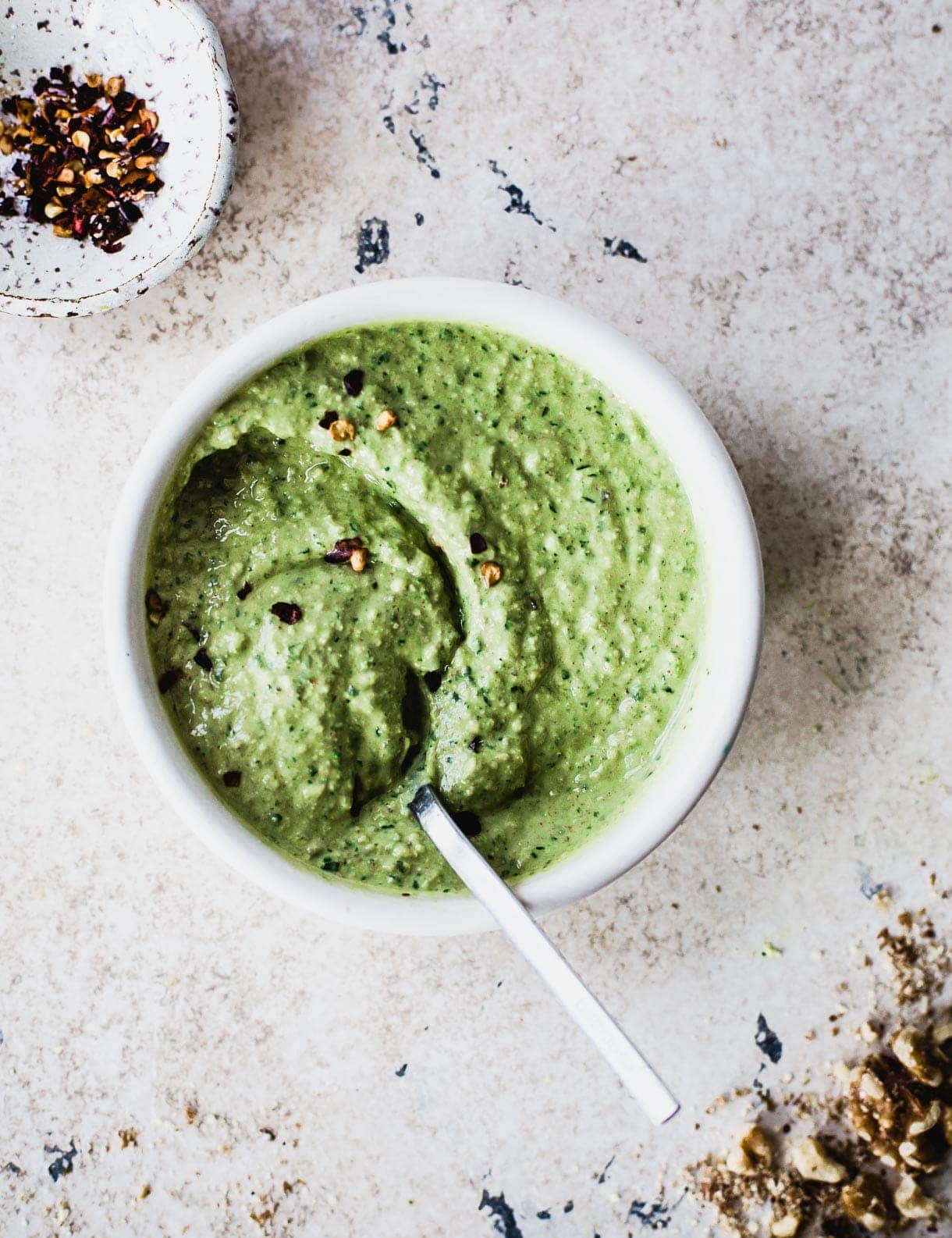 33 thoughts on “Does a FoodSaver Keep an Avocado From Turning Brown? A Kitchen Experiment”