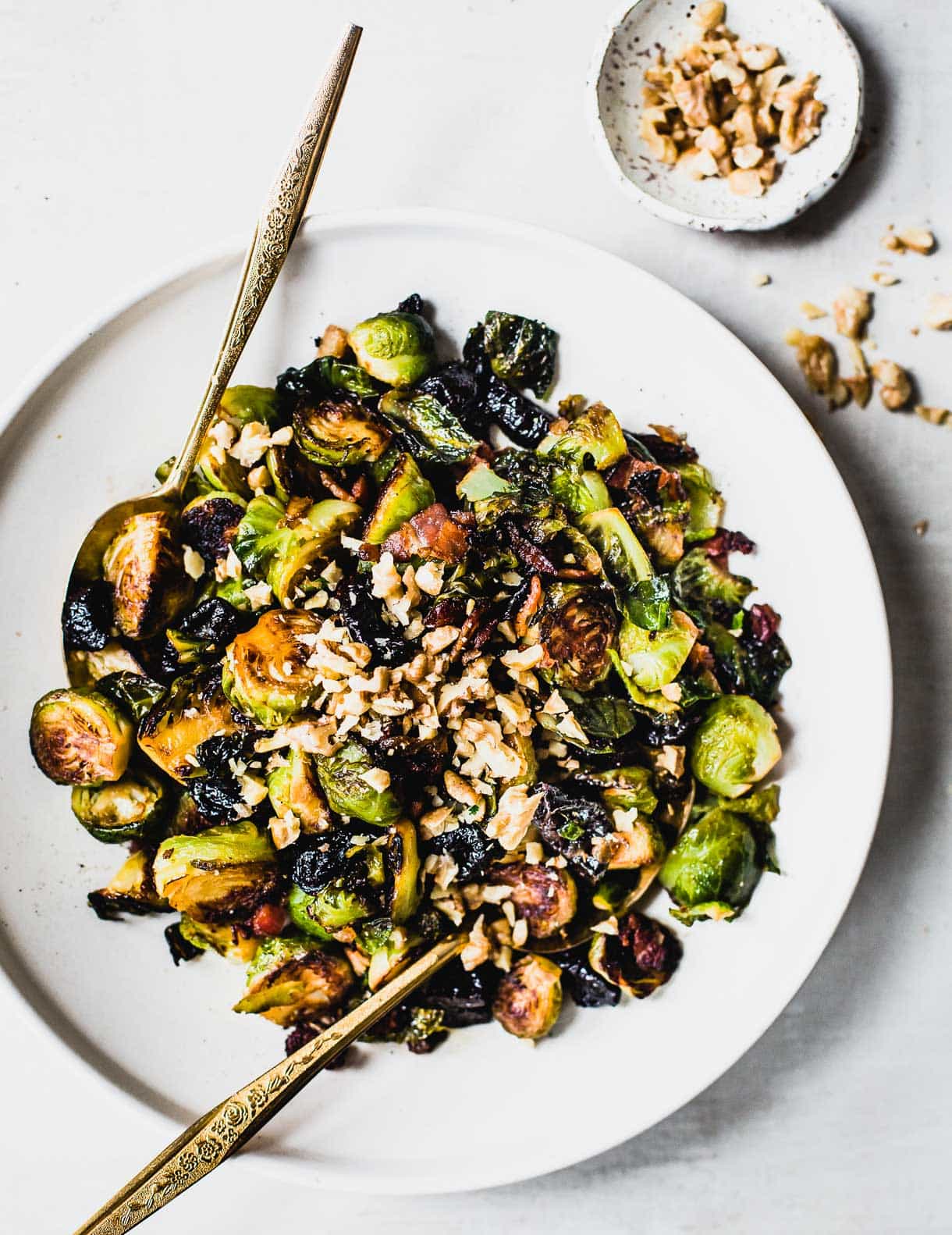 This recipe is sponsored by the California Dried Plum Board, who invited me to their orchards to experience the September plum harvest.

I’ll be the first to admit that most often I roast vegetables, but sometimes it’s nice to do everything on top of the stove. I made these sweet and salty paleo Brussels sprouts in a skillet, searing them until crispy with salty bacon and sweet California prunes. It’s the perfect mix of flavors, and crushed walnuts on top add a layer of texture beyond the Brussels sprouts.

Prunes? Yes, you read that right. Let’s talk about ’em. 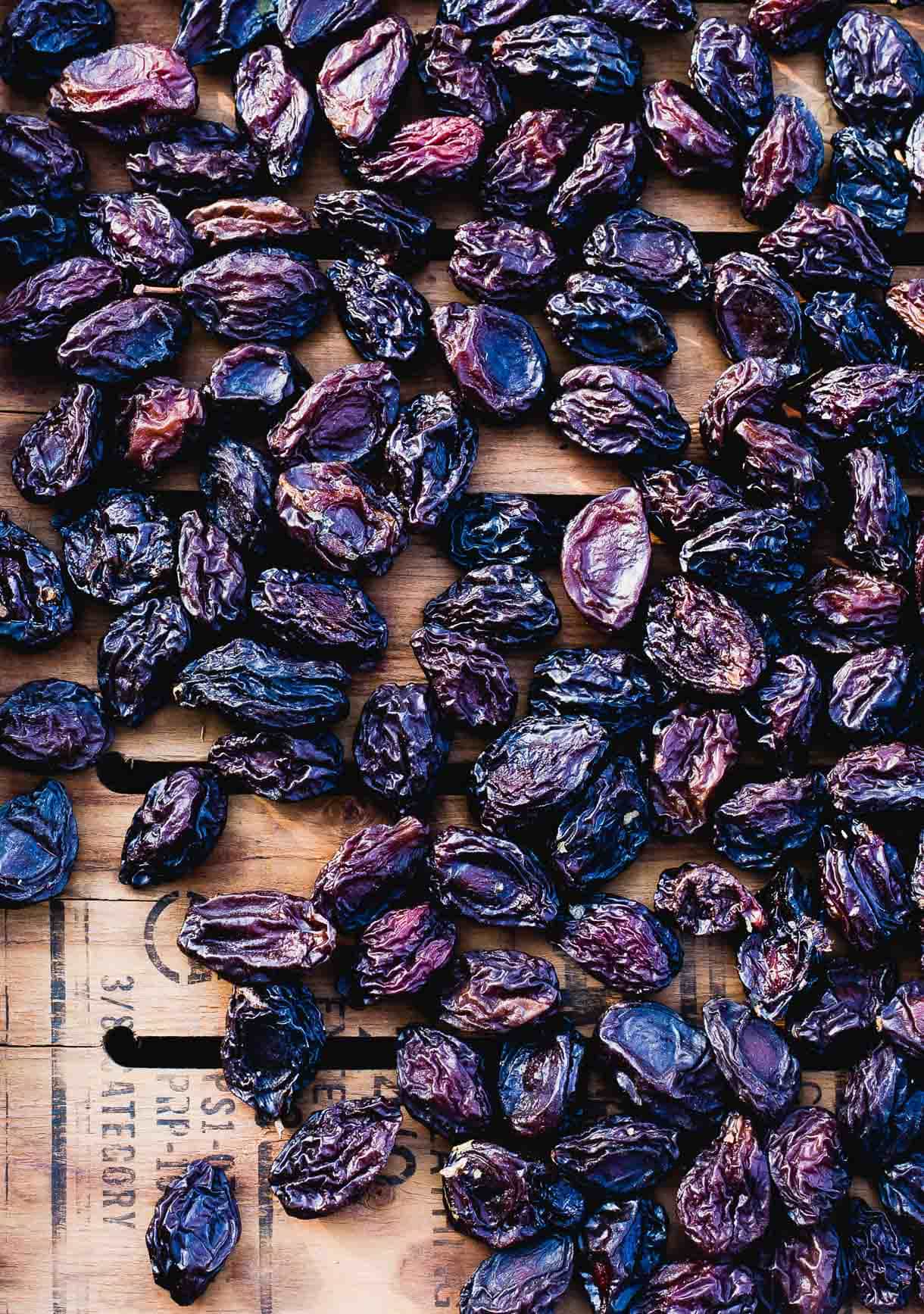 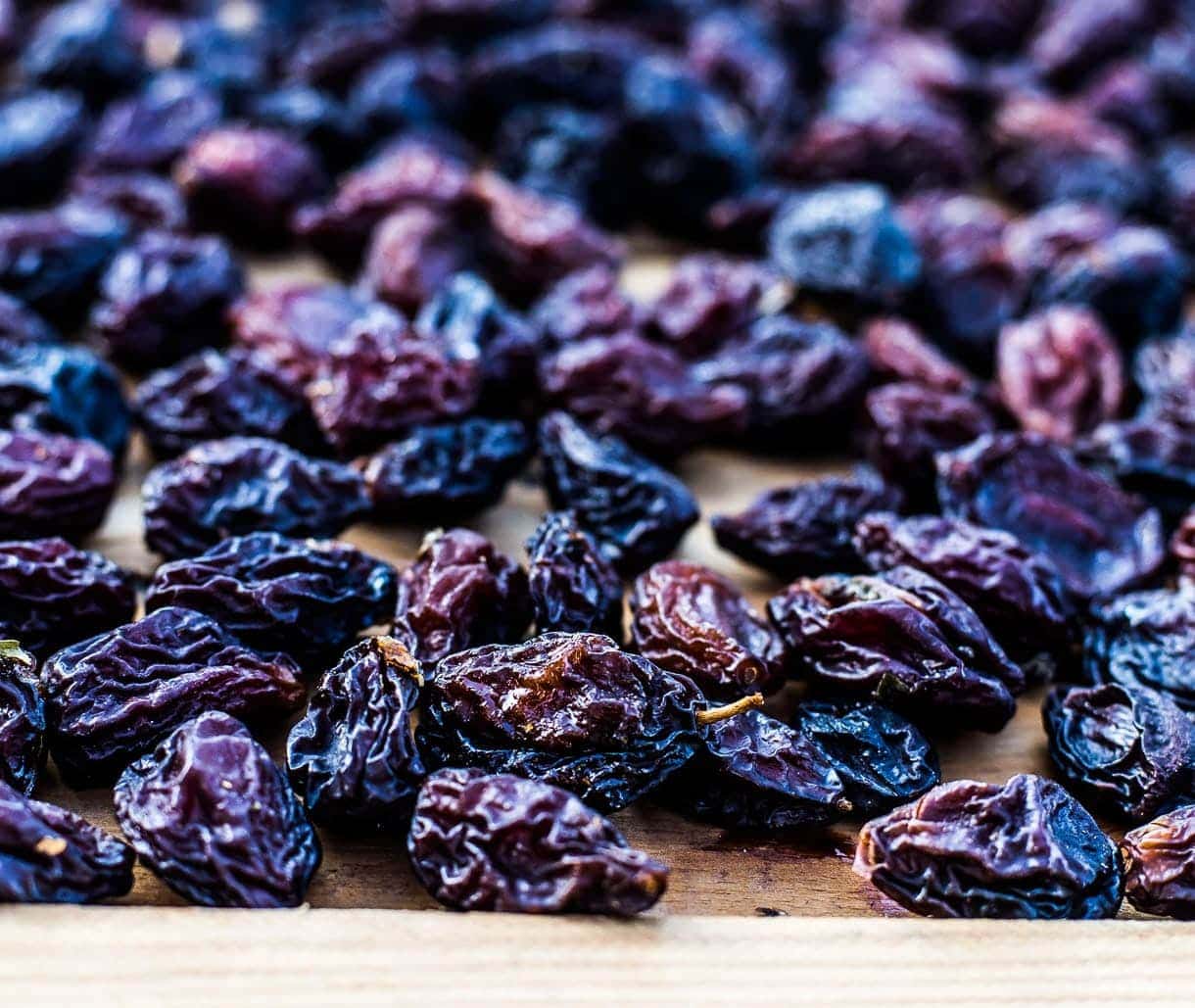 Dried blueberries, cranberries, apricots, cherries. They’re good, right?! And their name tells you exactly what they are. Then there are prunes. It’s not surprising that prunes fell out of favor over the years, considering their close association with relieving constipation, and an old person pantry staple.

But prunes are simply dried plums! Just like raisins are dried grapes. Take away the name, and think about how good a juicy, ripe purple plum in the heat of the summer is. Now think about biting into that same flavor any time of year. That’s the beauty of California prunes, preserving all of their seasonal goodness in pristine form. And they’re DELICIOUS. 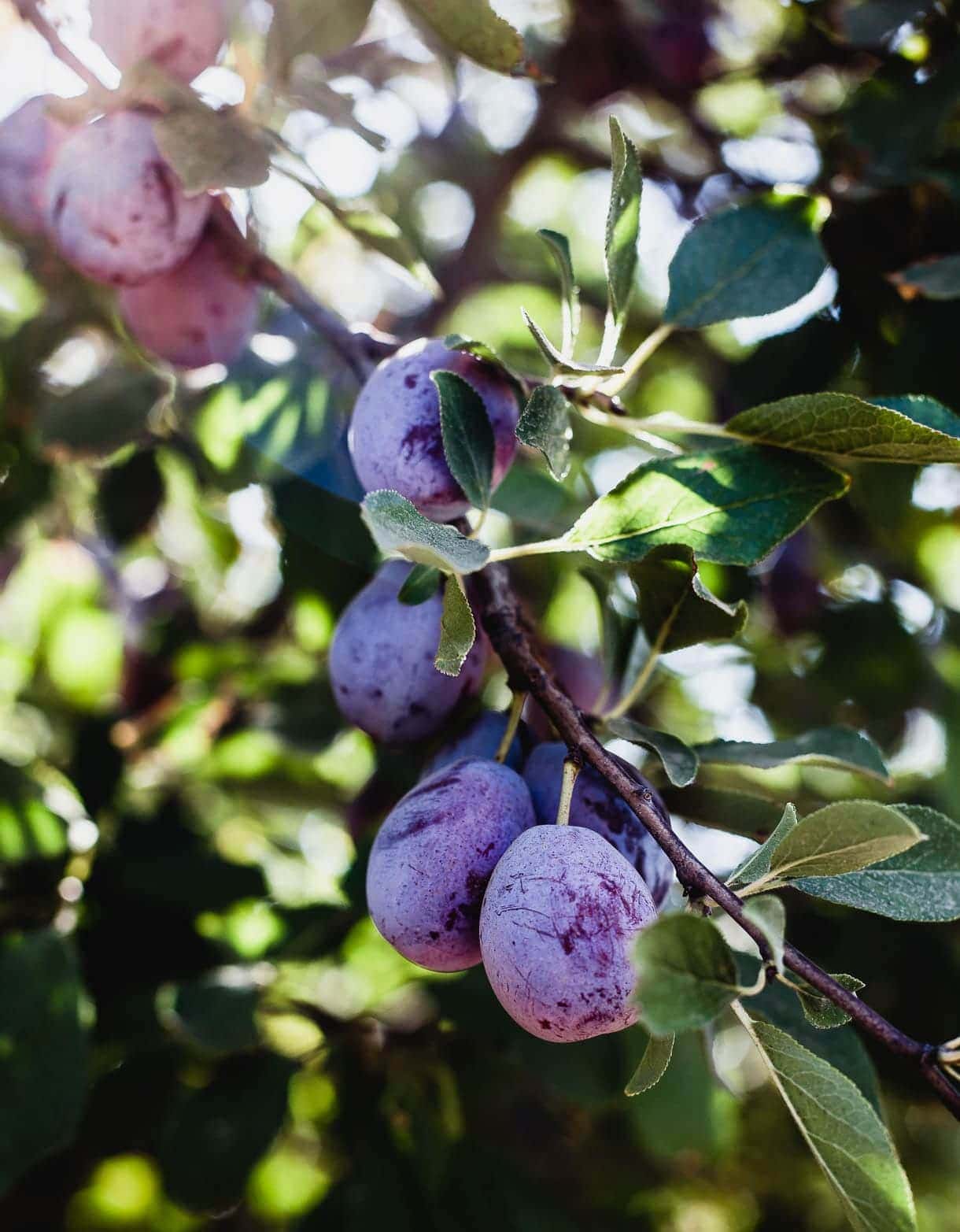 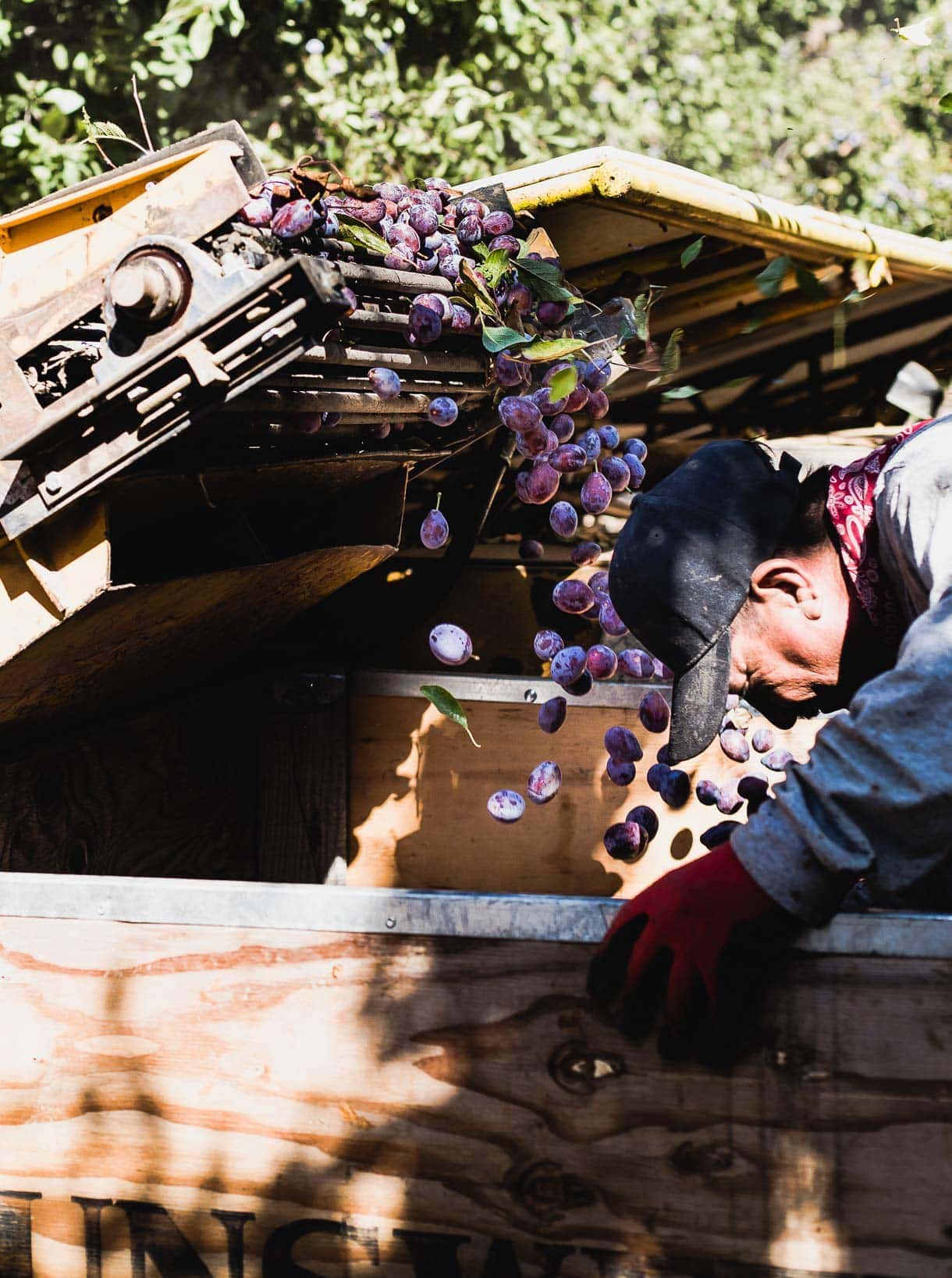 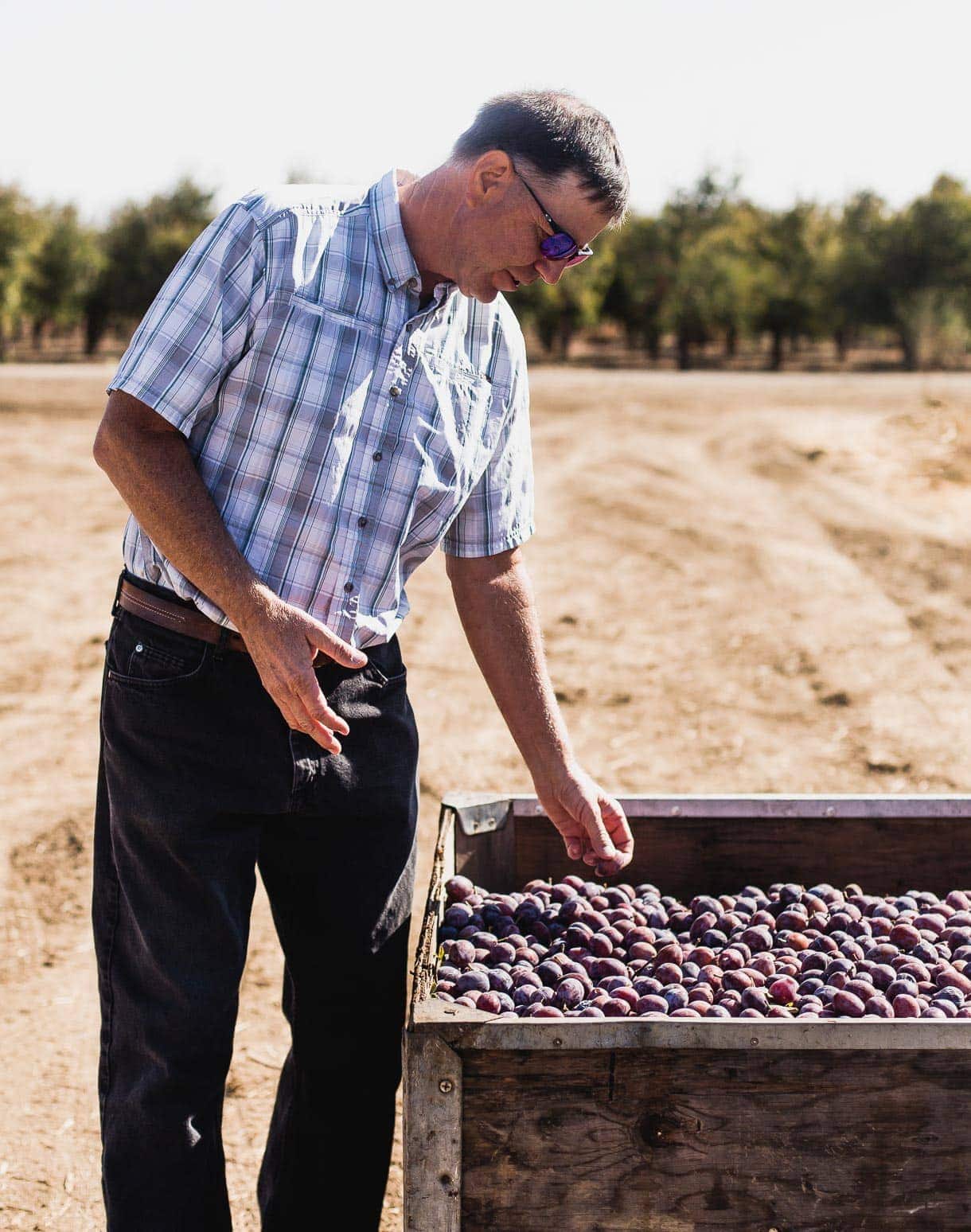 Last month I spent some time with California Dried Plum Board, when the orchards were filled with sun-ripened Improved French Plums, and the farmers were just beginning to harvest. And we took one full day to explore how prunes pair with other foods, and then turned that into a hands on cooking experience at the Culinary Institute of America.

I found myself wishing I hadn’t overlooked this ingredient for so long, not only for what it adds to a multitude of flavor pairings, but also for the health benefits.

Did you know prunes are good for the body because of the following?

As we were engaged in the flavor pairing exercise, two of my favorite combinations were prunes + walnuts, and prunes + cured meat, such as bacon or prosciutto. And so I created these Sweet and Salty Skillet Brussels Sprouts with Bacon, that I have a feeling I’ll be making for many of the colder months to come. Definitely Thanksgiving!

Made on the stovetop, a bit of onion and sliced prunes cook in the bacon fat, infusing them with salty smokiness. Later they’re mixed in with the seared Brussels sprouts, and get a hit of black pepper, white wine vinegar, and a dab of butter. 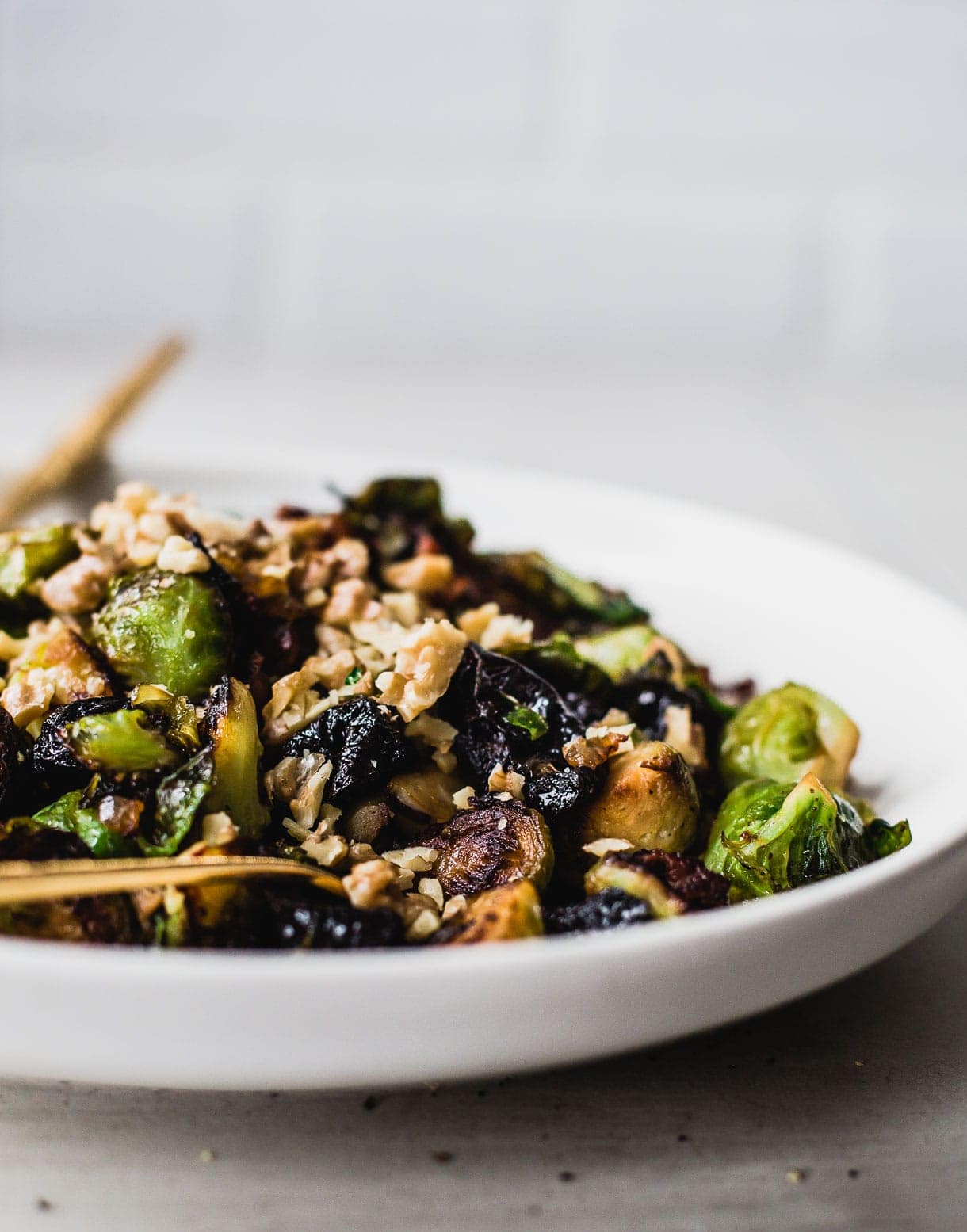 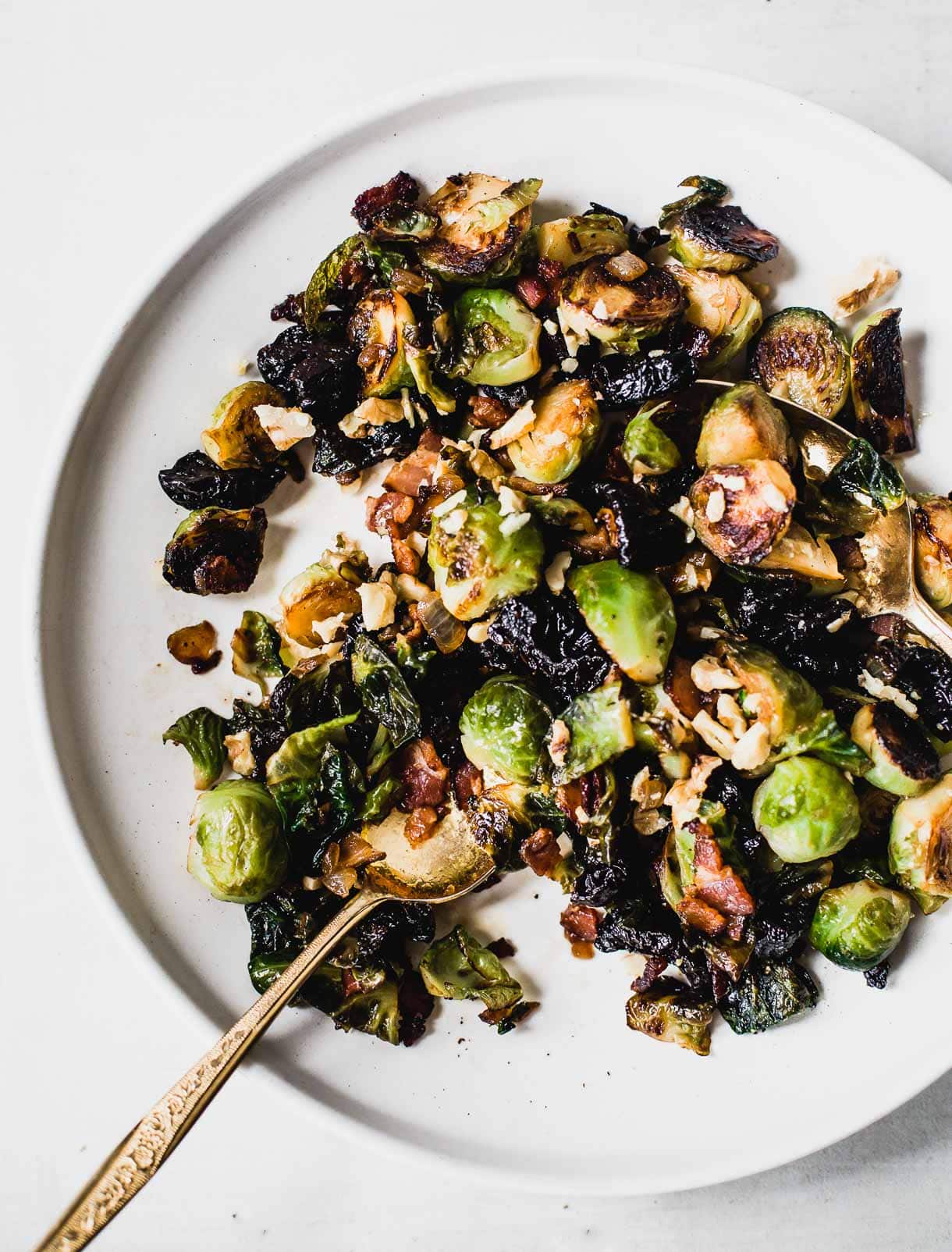 Did you give this paleo brussels sprouts recipe a try? Let me know how it turned out in the comments below, or tag me on Instagram, @heartbeetkitchen or using hashtag #heartbeetkitchen! 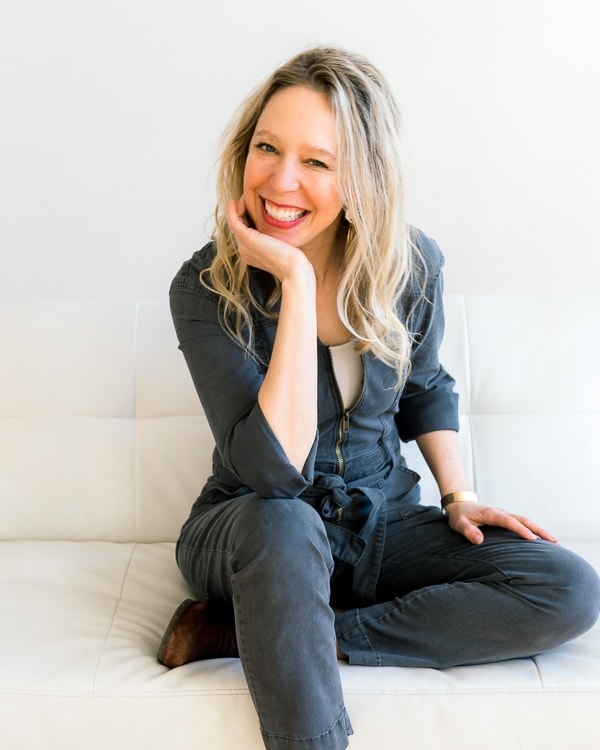