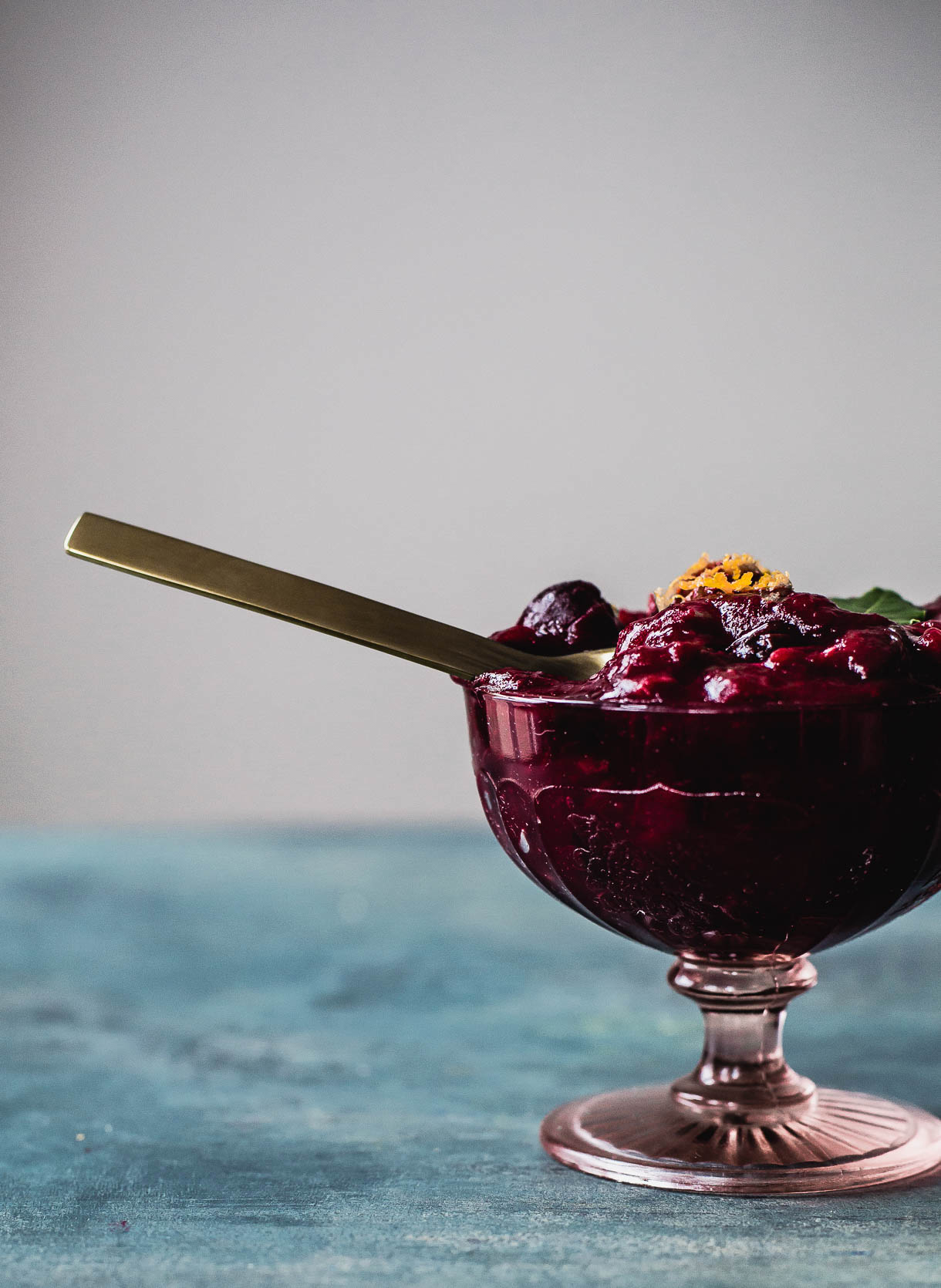 There are a million cranberry sauce recipes on the internet. Literally.

But I’m going to put one more out there because maybe like you, I was under the impression that all cranberry sauces were cloyingly sweet, over-spiced, and one of those “I know nobody likes it, but we have to have it on the table” type of thing.

In thinking about tart and sour flavors, like that of cranberries or grapefruit, it’s not something we typically embrace in the United States, unlike other countries. We use sugar in most instances to cover the bitterness and make it more “palatable”.  But that also covers up the unique and true flavor of the fruit. 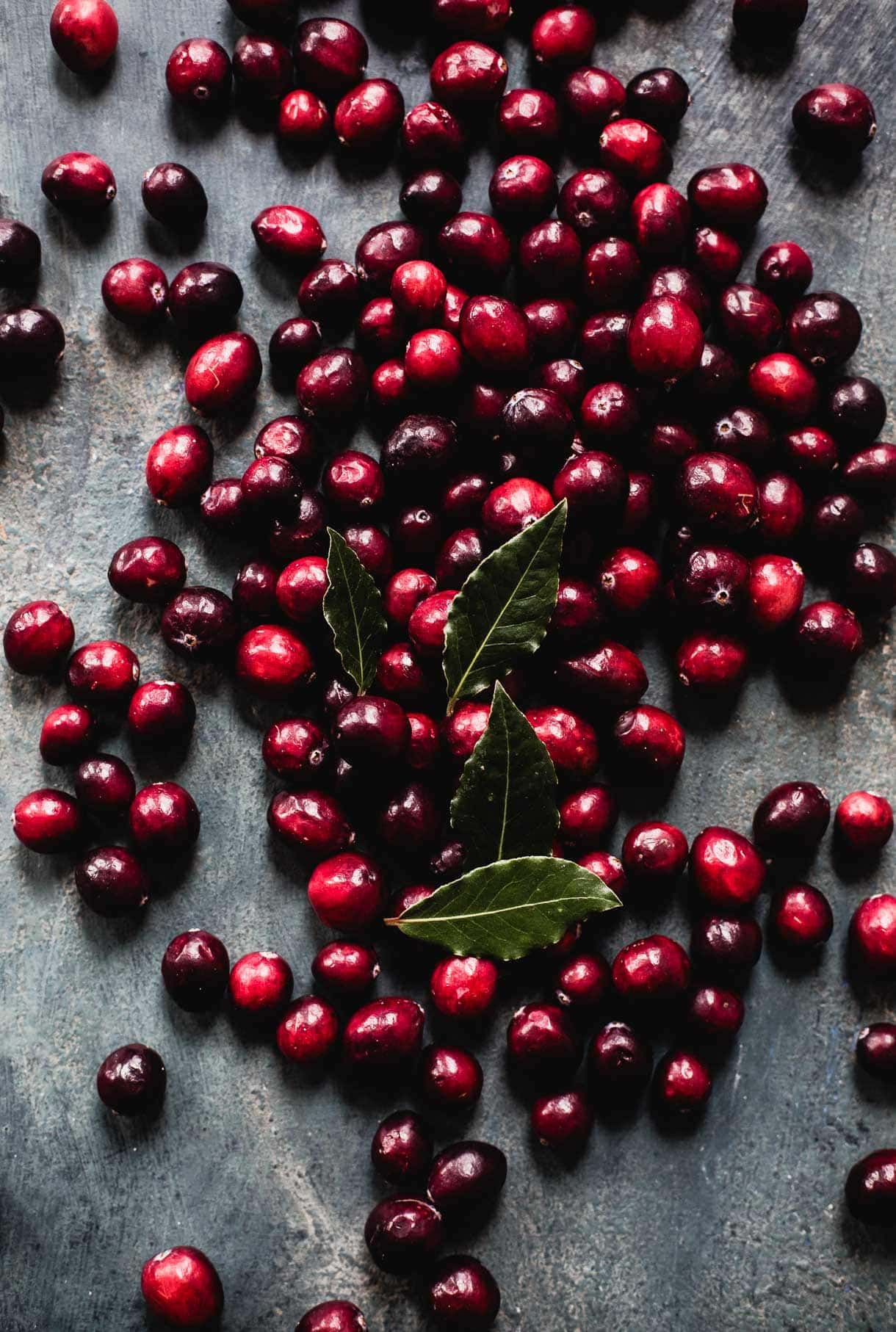 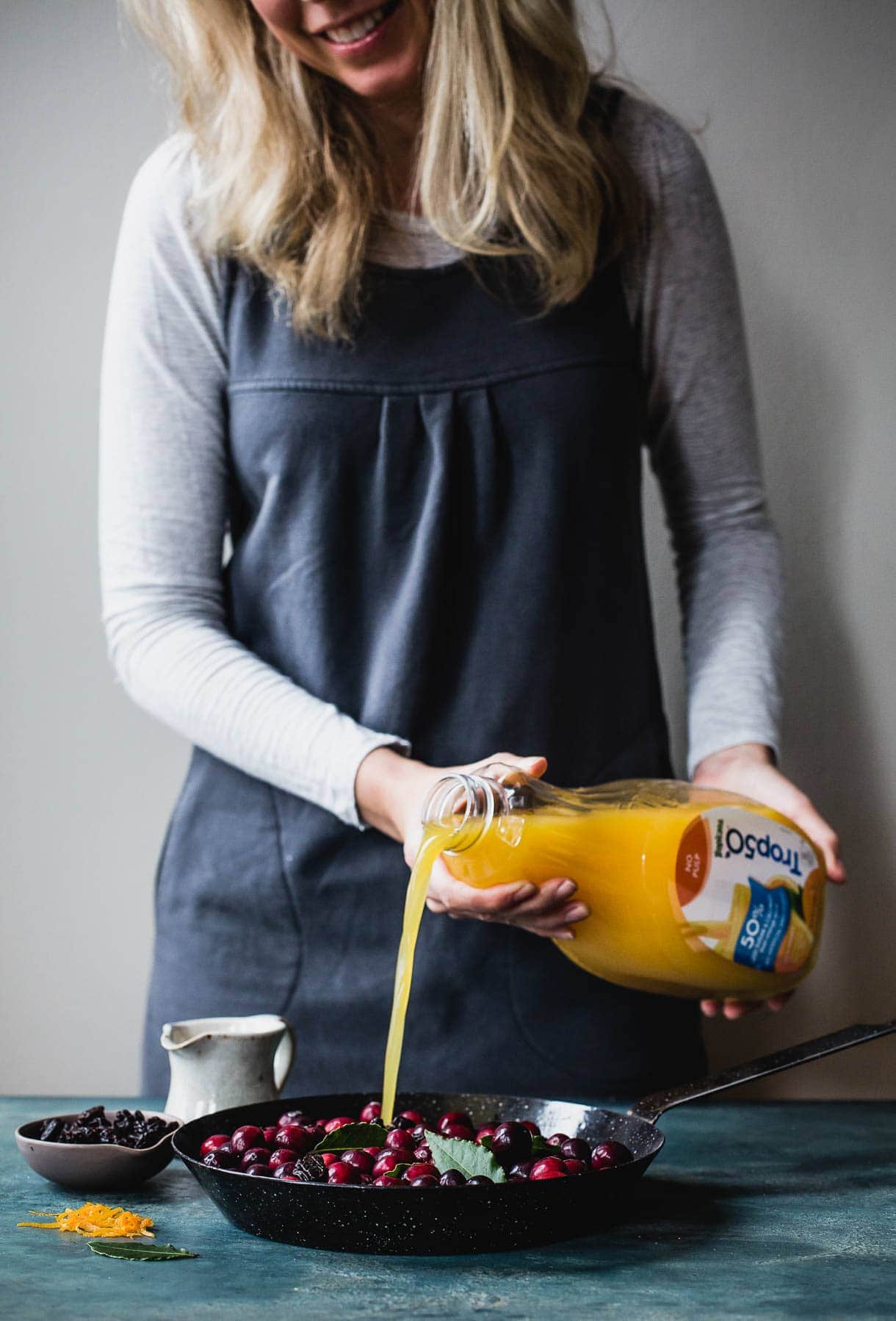 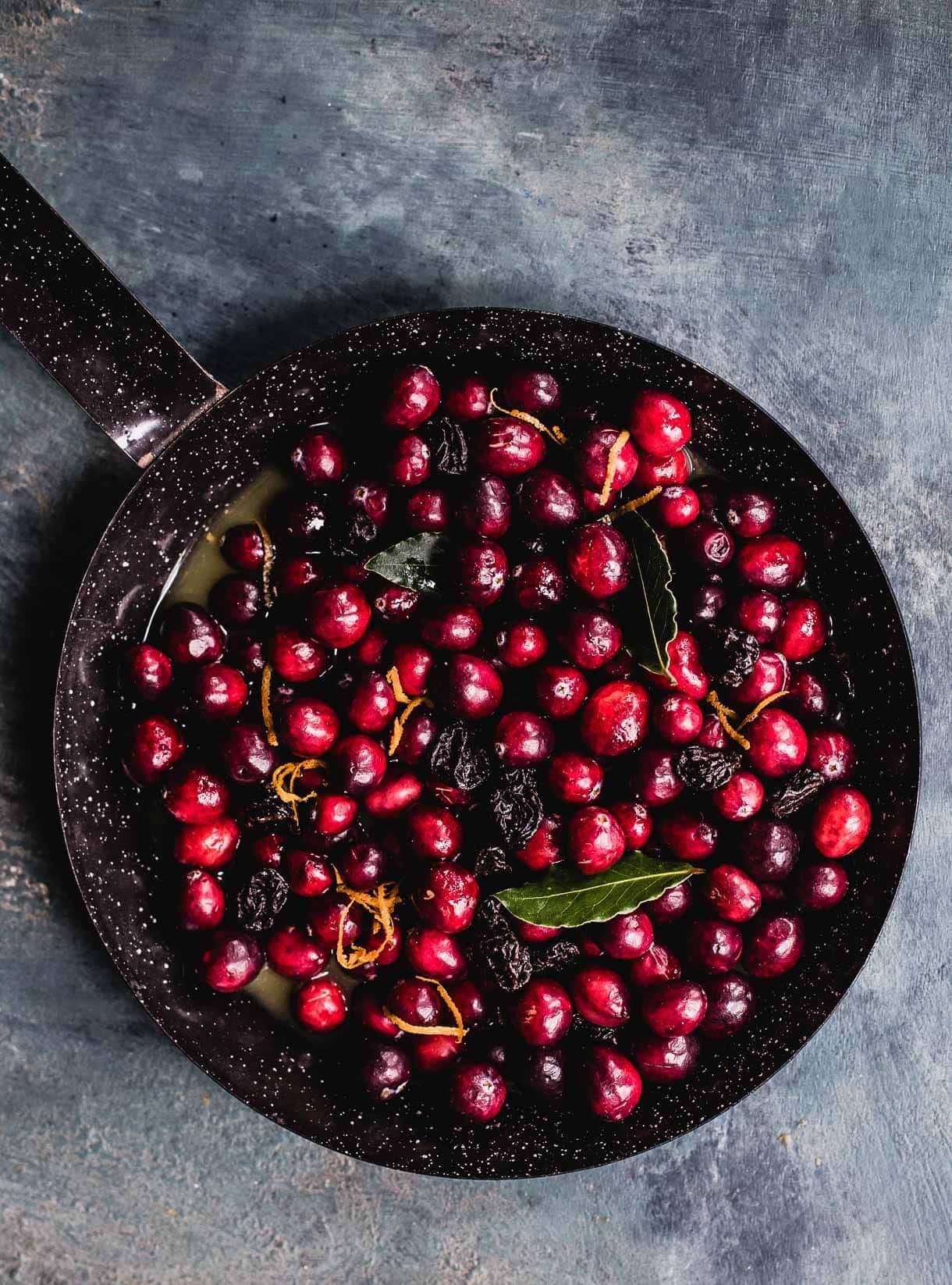 With lots of rich food on the Thanksgiving table, the burst of sweet-tart flavor and ruby red color is completely necessary! So I worked on a recipe in partnership with Trop50, using their Trop50, that would appease both types of guests — those who long for something very traditional, and those who like a bit of pucker. It’s made with real, fresh oranges and is lower in sugar (50% less!), sweetened with just a bit of stevia (a natural sweetener that comes from the stevia plant.)

Classic cranberry sauce usually comes together with a combination of water and sugar, so for this naturally sweetened version, I used orange juice as the liquid, and a small amount of maple syrup to play into the warm spices of bay leaves and cinnamon. Two great #sugarhacks. 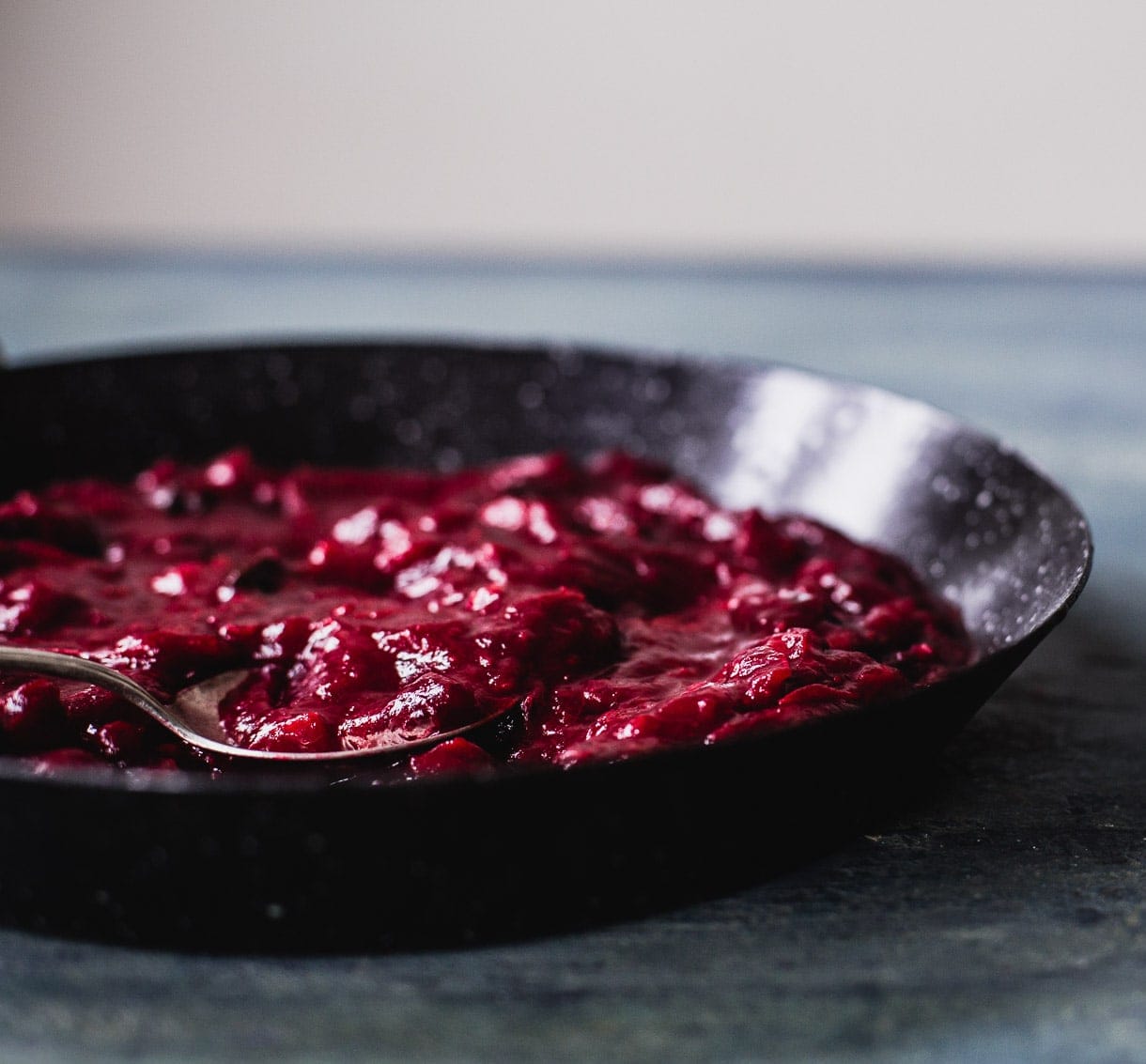 A few dried cherries plump up while simmering, adding another layer of dimension, and texture, which I particularly love. And the fresh orange zest is essential for perking up the fragrance and flavor.

It’s sweet enough without any added sugar, and the true essence of cranberries shines. Better yet, it tastes even better day after it’s made, so you can prep it ahead and have one less thing to worry about while trying to baste the turkey and knead the bread. 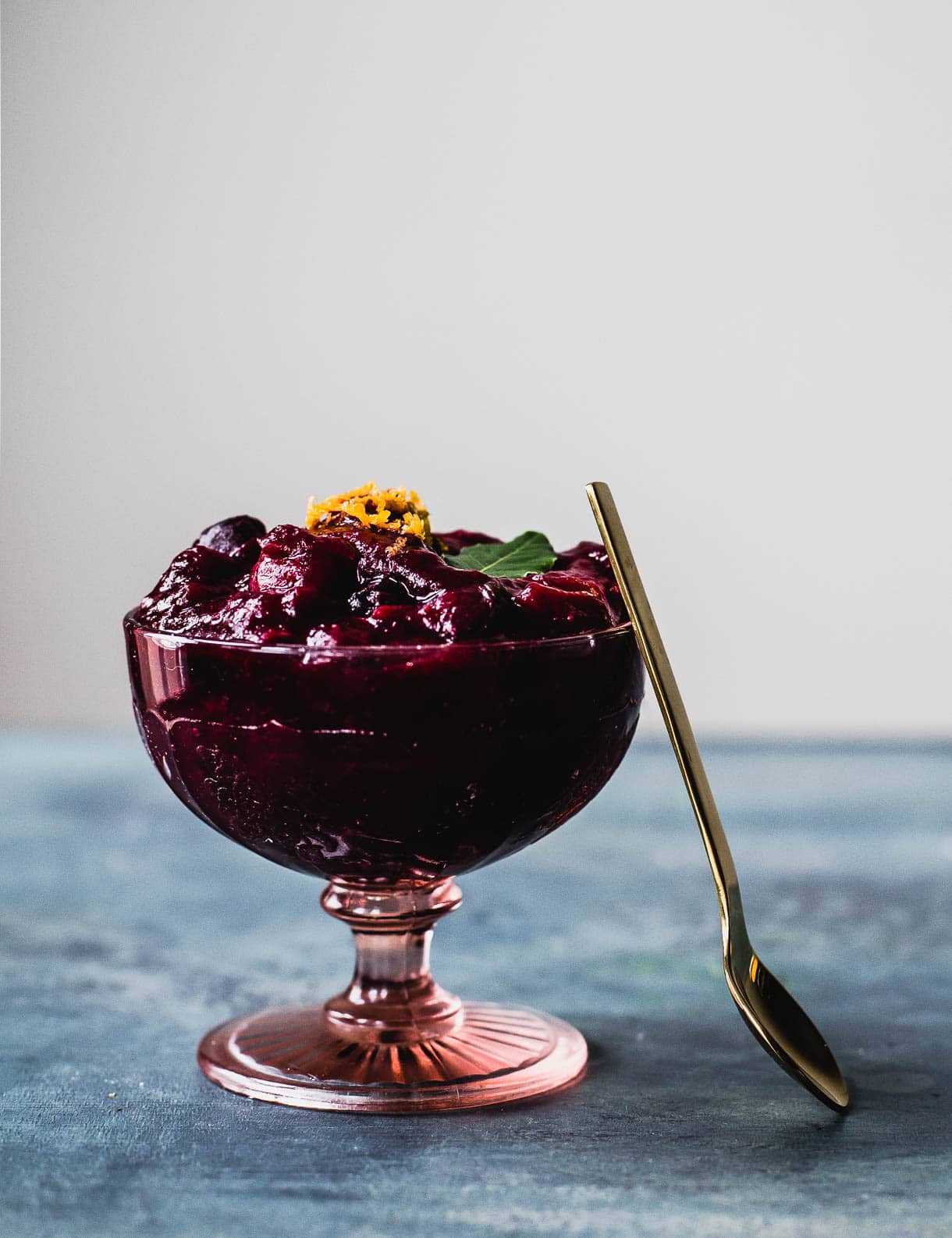