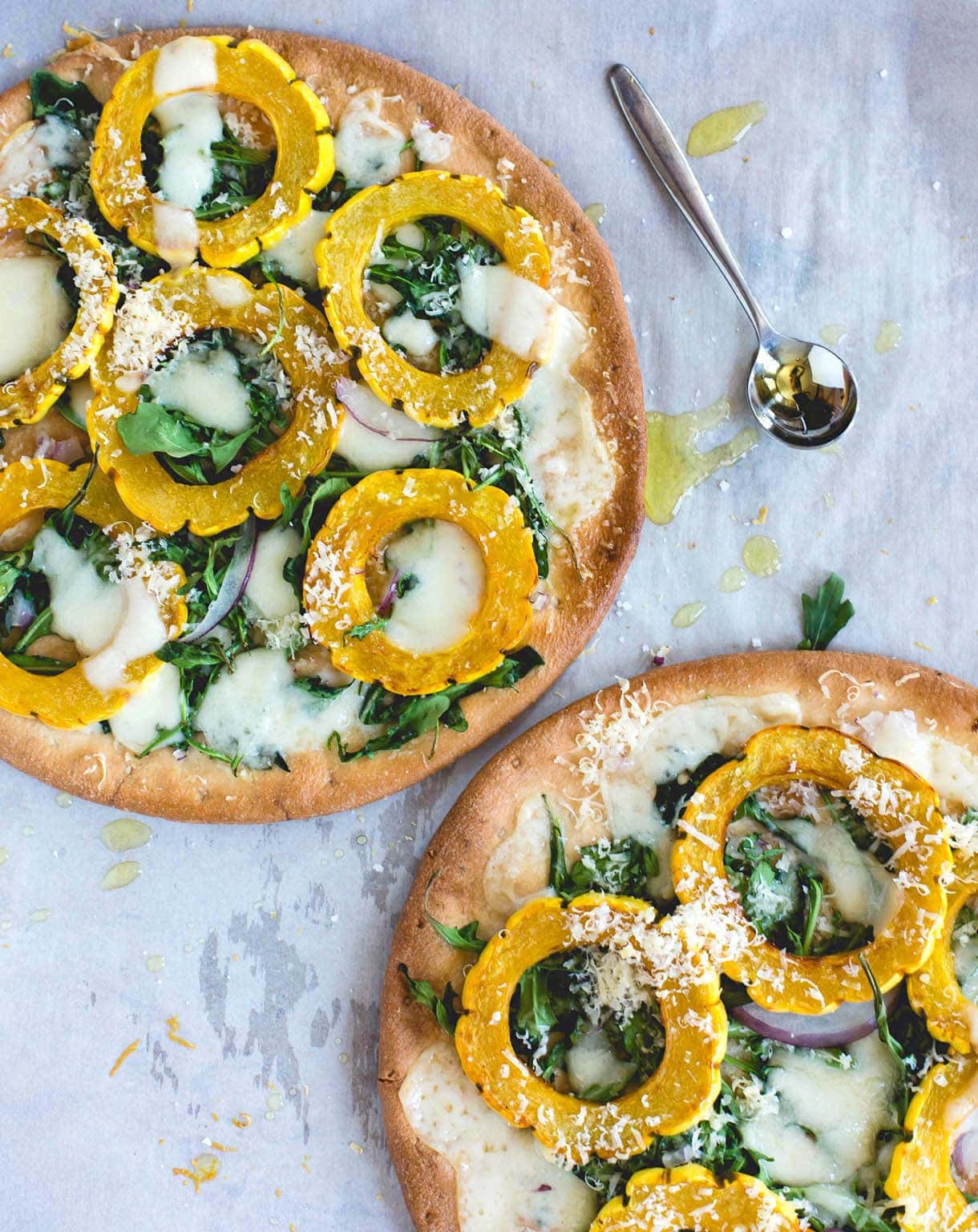 What is it about pizza that just says love? I don’t think I’ve ever met a person who doesn’t like a little (or a lot) of either. Sharing something so unfussy, casual, and comforting just feels good.

The first fall that Brian and I were dating, we spent two months in North Carolina fixing up his other home (how I managed to get him to stay in Minnesota, I’ll never know) so we could sell it. We got used to many hours of scrubbing, painting, and chasing down carpenters.  We’d start our days with Dunkin’ Donuts coffee and many times end it with pizza delivery and red wine in solo cups.

I cherished the simplicity, and this side of him that spoke “easy-going.” It certainly wasn’t gourmet, but it kept our bellies and hearts full.

Our style is a little different now, me making a batch of Zoe’s gluten-free pizza dough and throwing little pies throughout the week, or when I’m pressed for time, popping Udi’s Gluten-Free crust into the oven and 10 minutes later we’re noshing on this Winter White Pizza with Delicata Squash & Gouda Cheese. 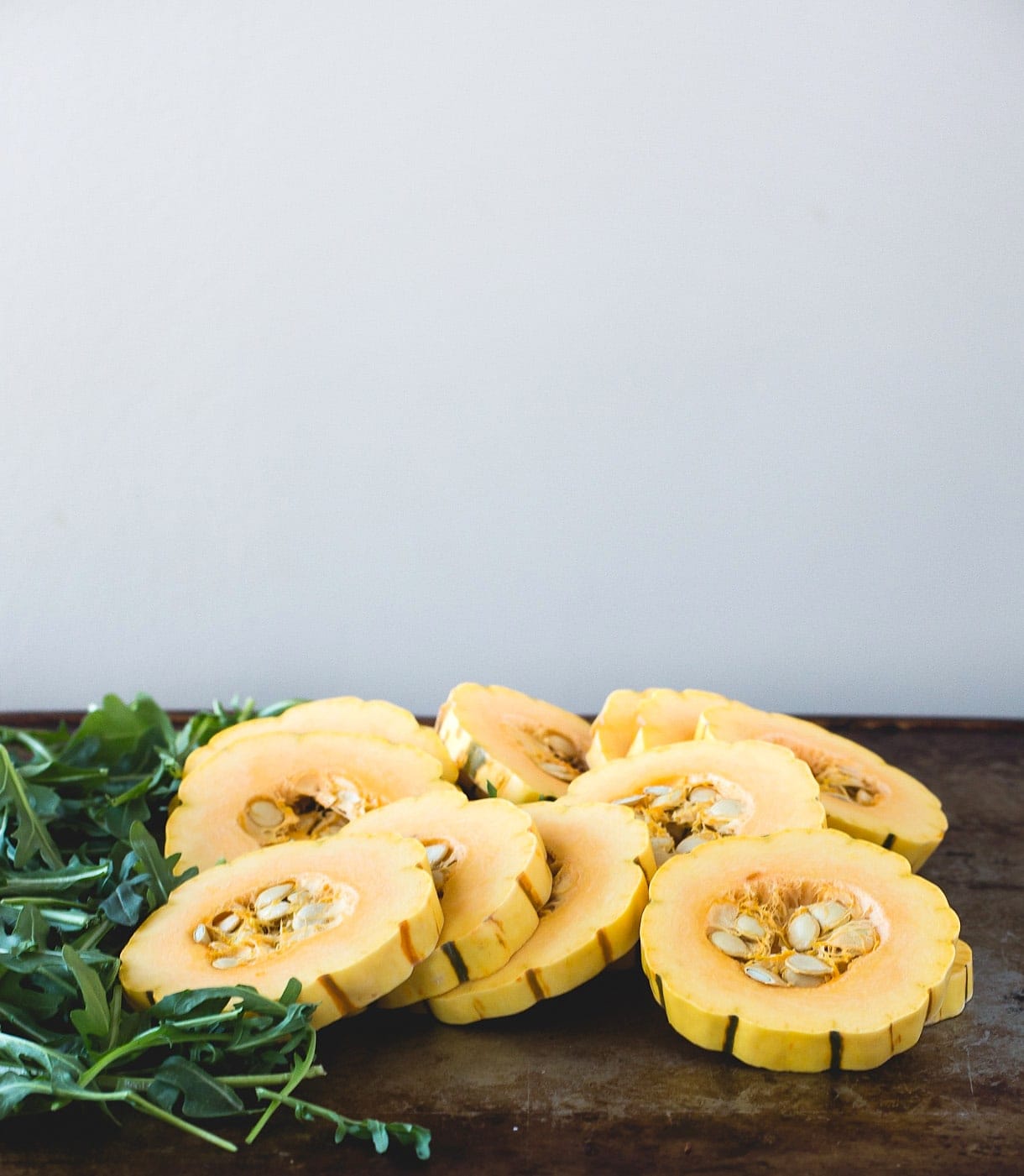 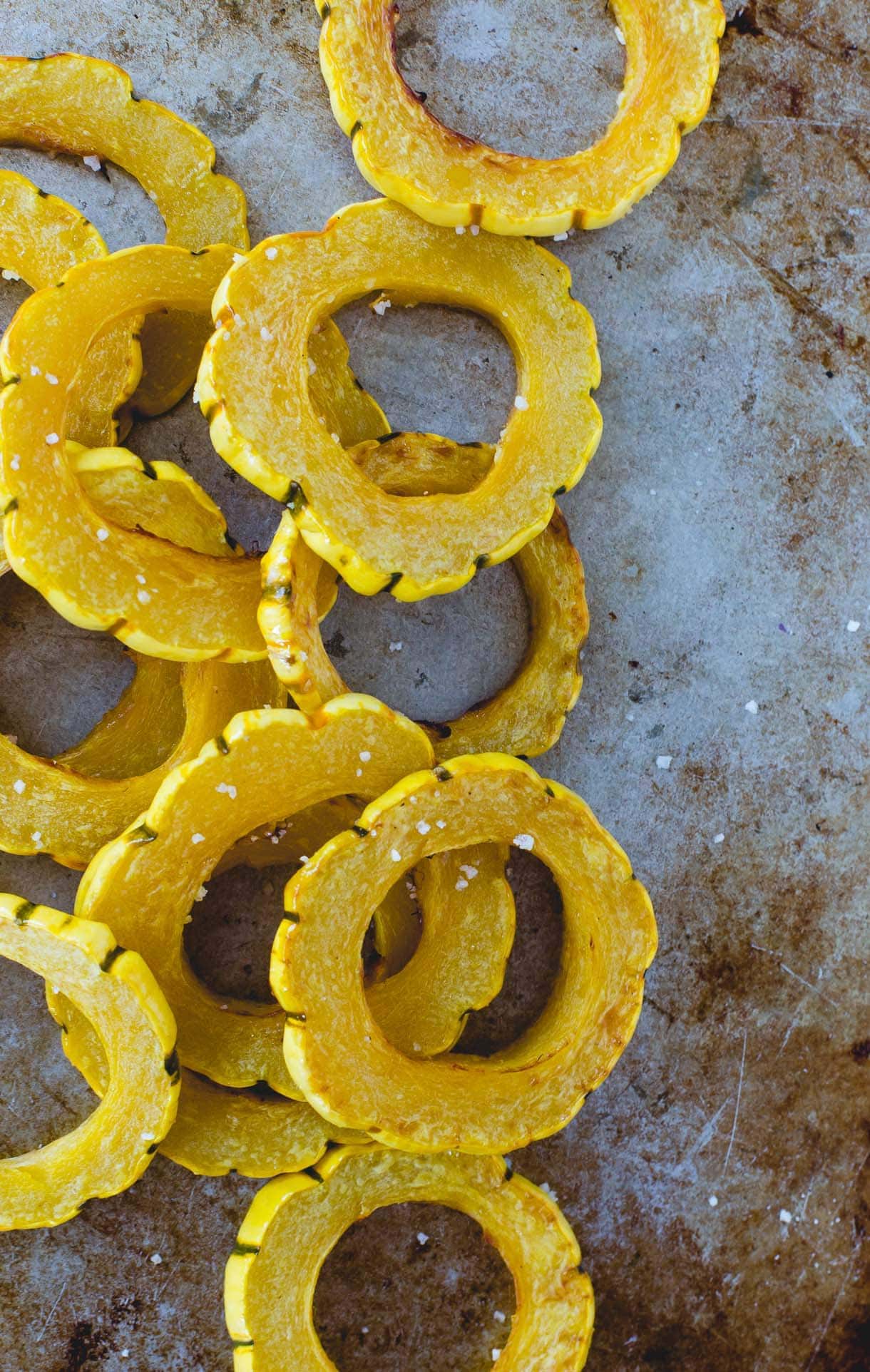 I was never a “white” pizza (sans red sauce) fan until I grew older, which is probably pretty typical. As my food curiosity started to expand, I realized that seasonal ingredients really shine when they aren’t covered up by red sauce. 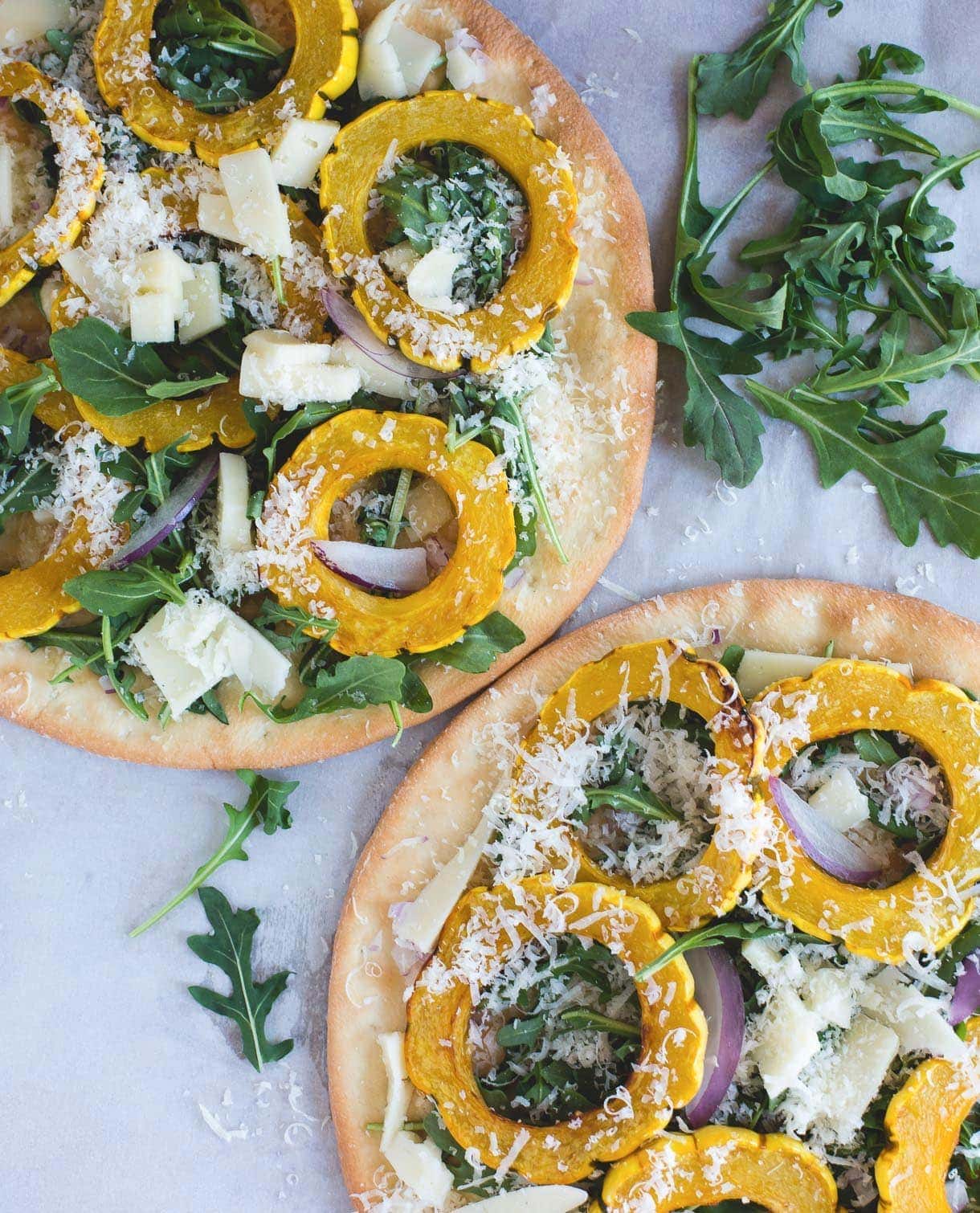 There are so many good things going on in this seasonal pie, and I have to say, with those golden rings of sweet squash, she’s a looker. I brushed the crust with olive oil (which it gives it flavor and helps it brown), then rubbed a garlic clove over to infuse it with just a little something, something. 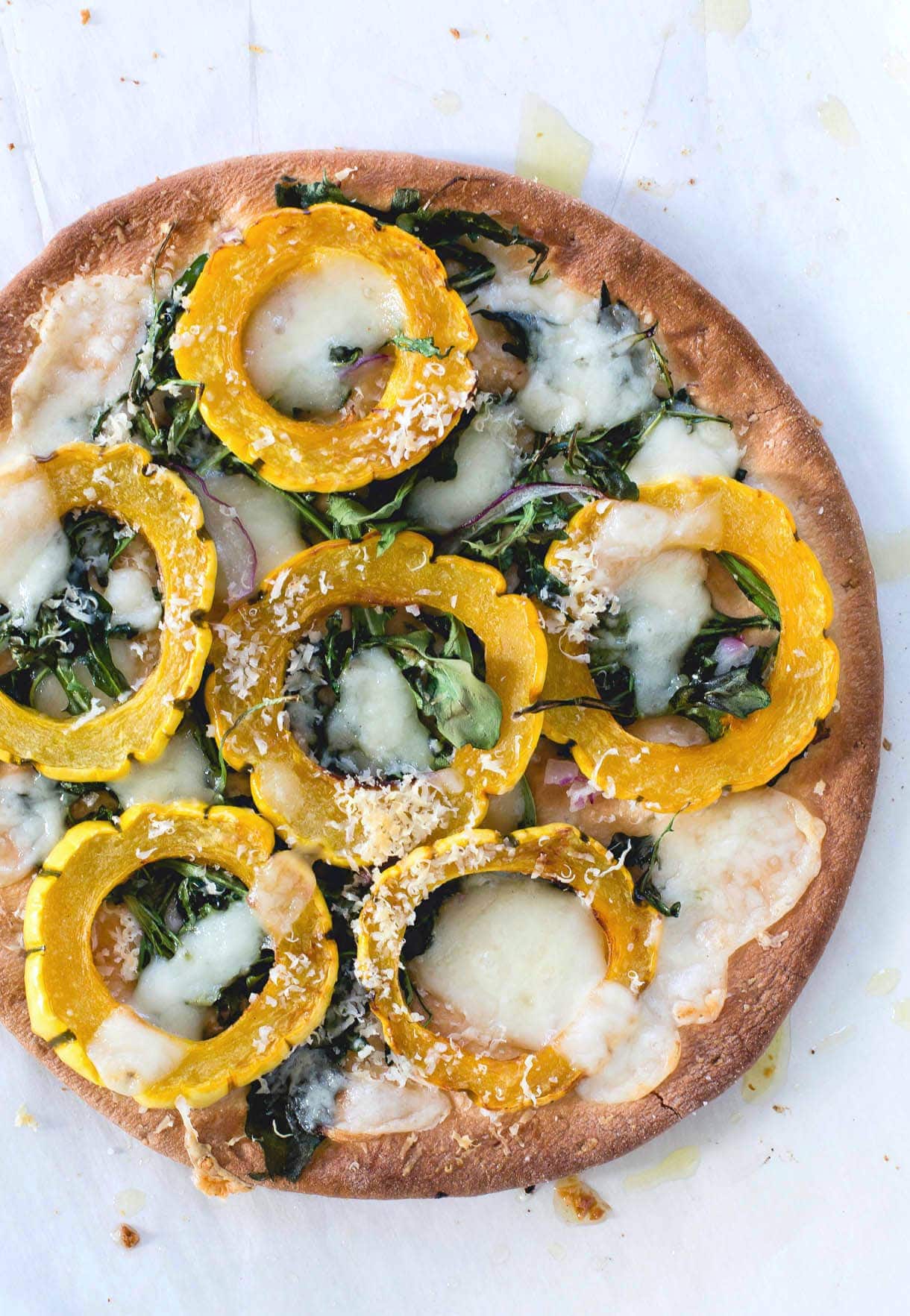 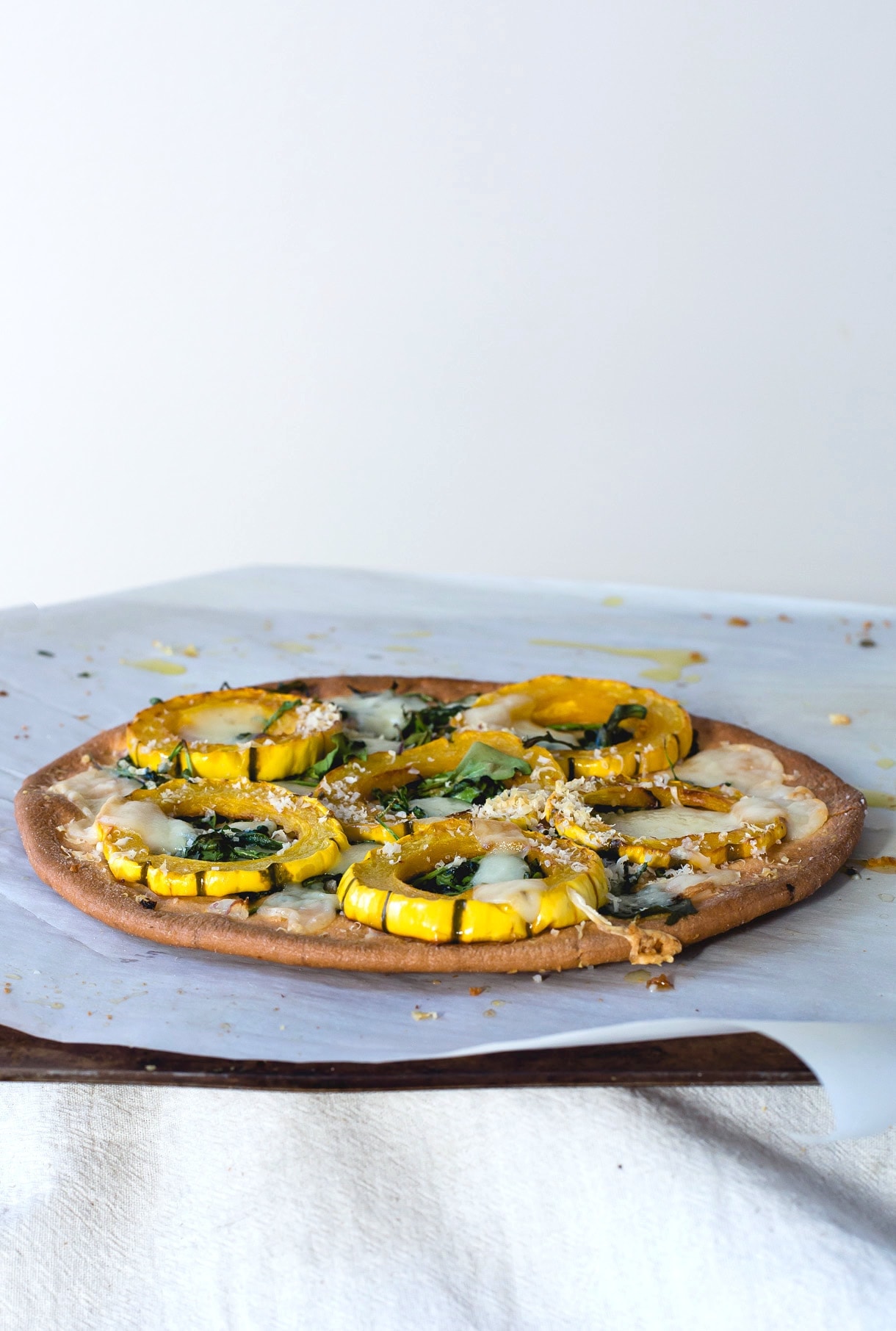 There are less than a handful of colorful toppings, yet they all play an important role. The arugula is the peppery bite to the sweetness of the delicata, whose soft texture contrasts the little bit of crunch from the Udi’s crust – which is hands down my favorite store-bought gf crust. The red onion packs a savory jab, and the cheese….. let us not forget the cheese. The gouda is so creamy! And because of that, it melts beautifully. But I also love the salty, briny addition of the parmesan. Together they’re the perfect pair.

Love is pizza, and pizza is love. As long as you cut it in squares. ☺ xo 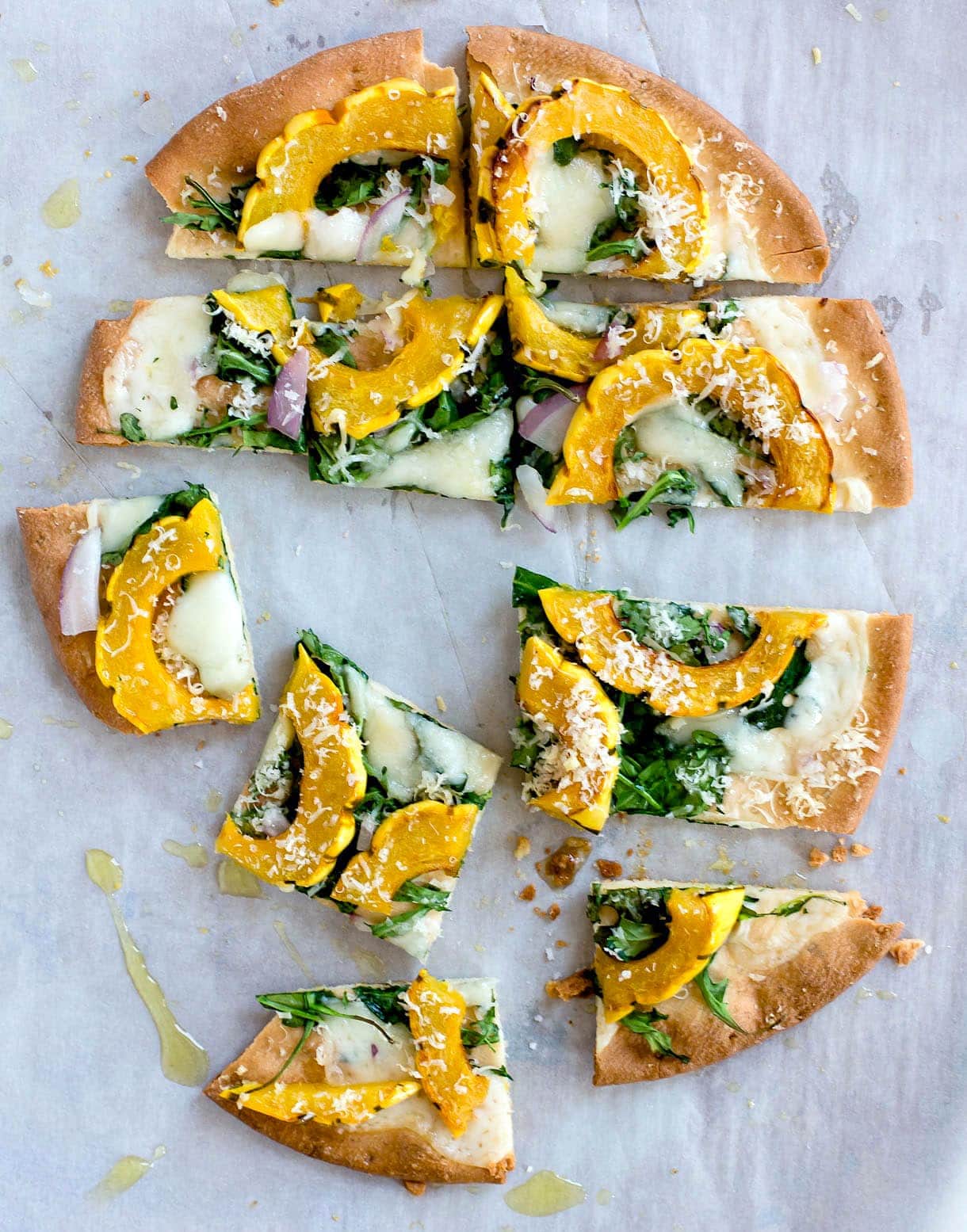 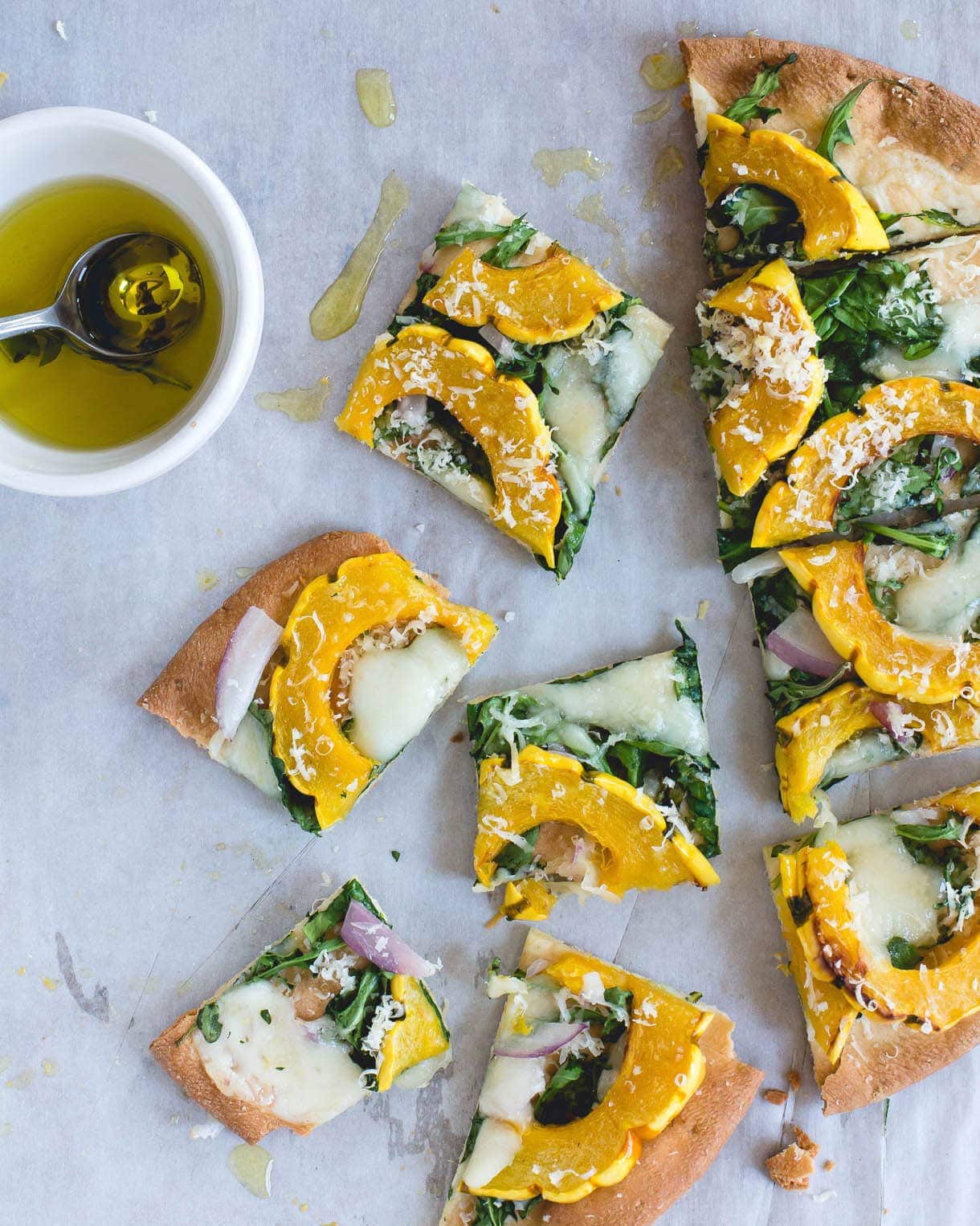 This is a sponsored conversation written by me on behalf of Udi’s Gluten Free. The opinions and text are all mine. 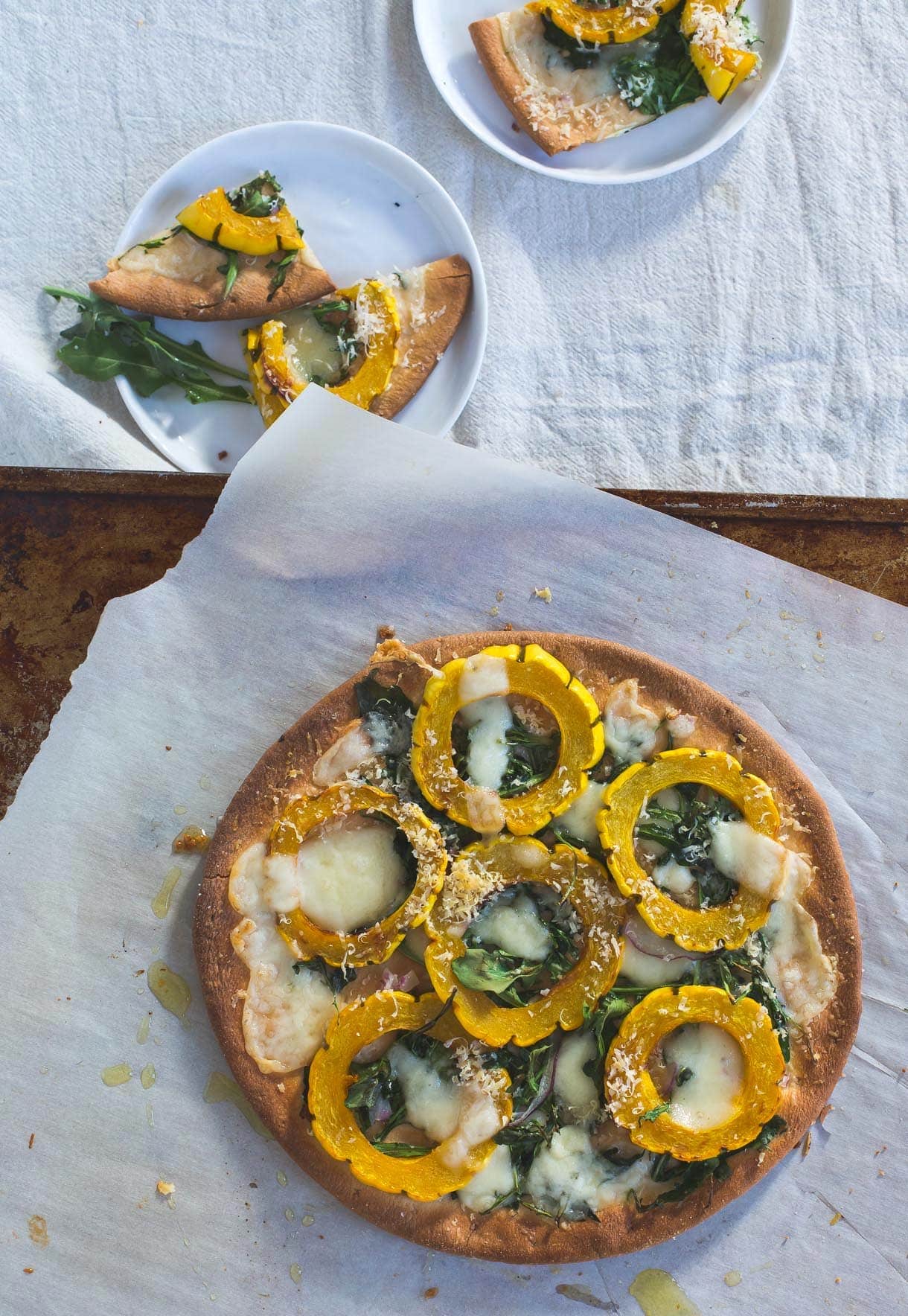