On the Road: St. Louis Eats, Drinks, and Sights 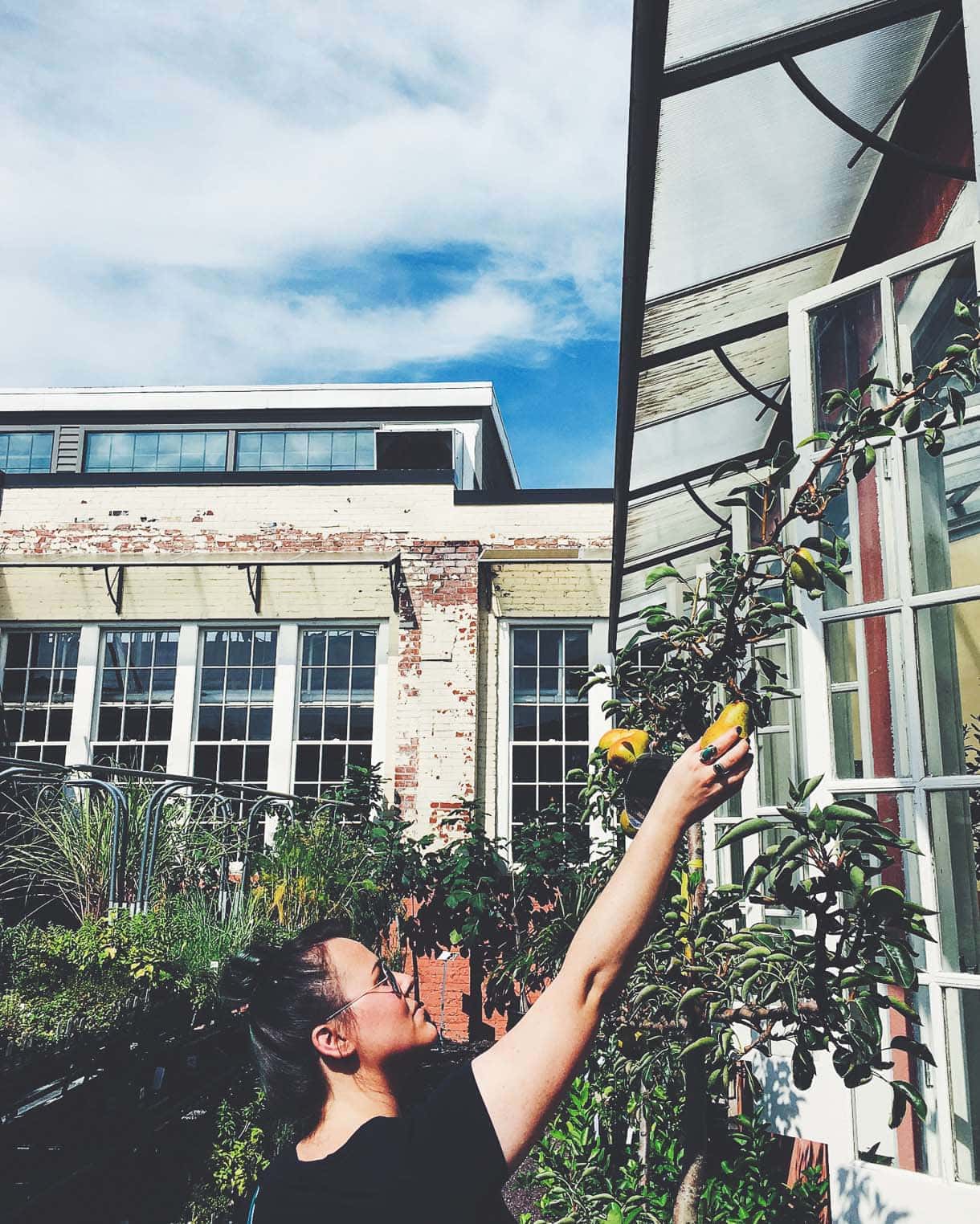 I hadn’t been to Missouri since I was 16. All I remember was the sweltering heat, 80 year old oak trees lining the streets, and a smell of barbecue that floated through the Kansas City air at all hours of the day. I was there to play in the US Junior Girls Golf Championship, but hadn’t thought of it as a bucket list place I needed to return to.

But over the last year, Sherrie has become my bestie. She currently calls St. Louis home, and although she wasn’t sold on living in the midwest at first (moving from places like New York, Philadelphia, and Denver), she fell in love with the city. After following along through pictures, and listening to her talk about it’s unexpected character, I knew I needed to go visit.

We spent 3 1/2 days exploring the city together, with our guy pals, and by the end, I was certain that St. Louis is a hidden midwest gem. In fact, several locals I spoke with said, “don’t tell to many people about us, we like to fly under the radar. ” We’ve all heard of the Arch, but there are so many other great things to do and see. The city is built on history, having hosted the World Fair in 1904, a vibrant cultural scene with an array of museums, music and theatre venues, and beautiful architecture. 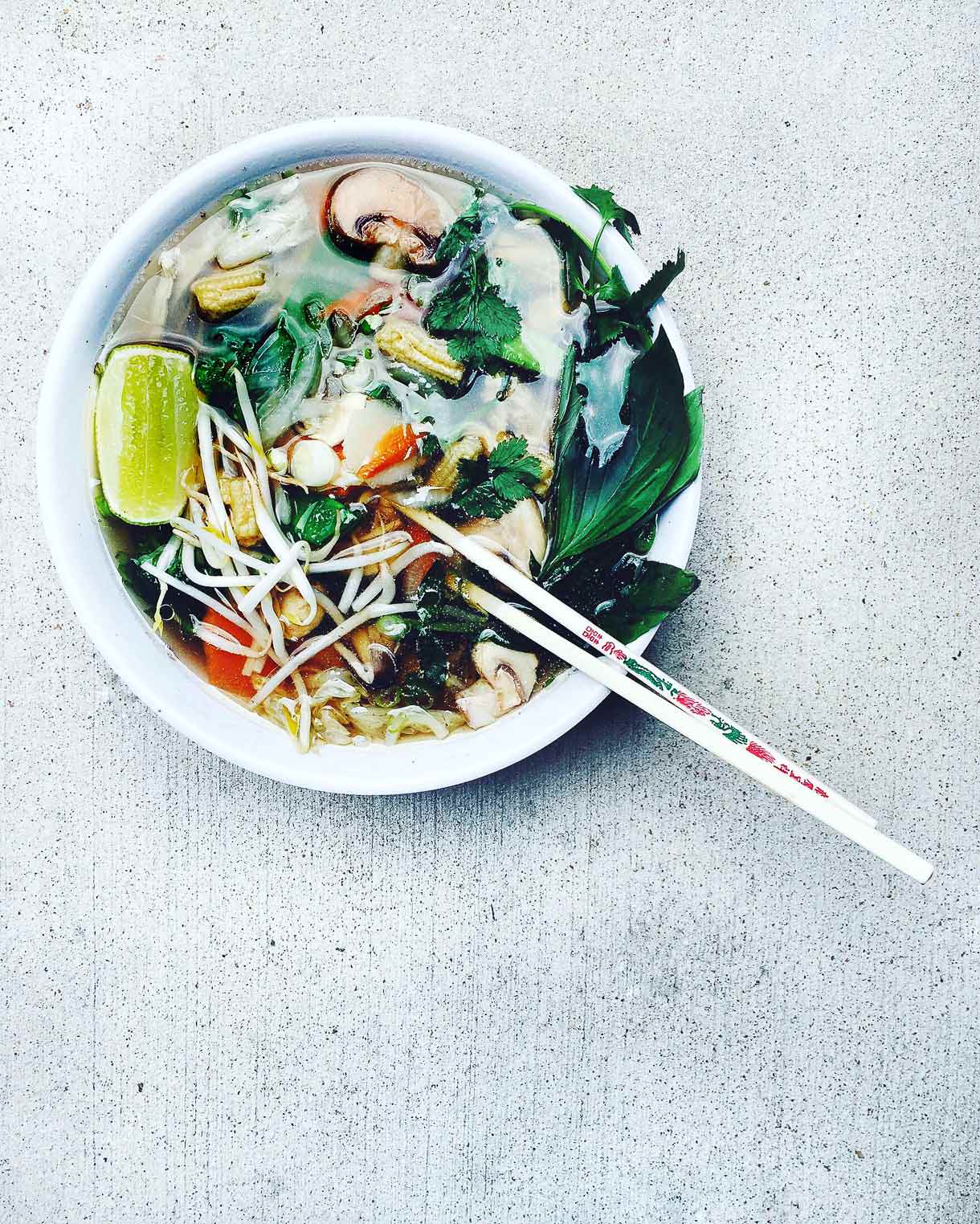 Mai Lee: Most of you have probably heard of pho, and many of you have probably eaten a bowl of this hot, noodle soup with flavorful broth, al dente vegetables and sometimes meat. I had yet to experience it, some people asking which rock I was living under. Mai Lee, a authentic Vietnamese family restaurant, set the standard so high! The broth perfectly spiced with ginger and anise, the vegetables fresh and vibrant, and beautiful accompaniments. 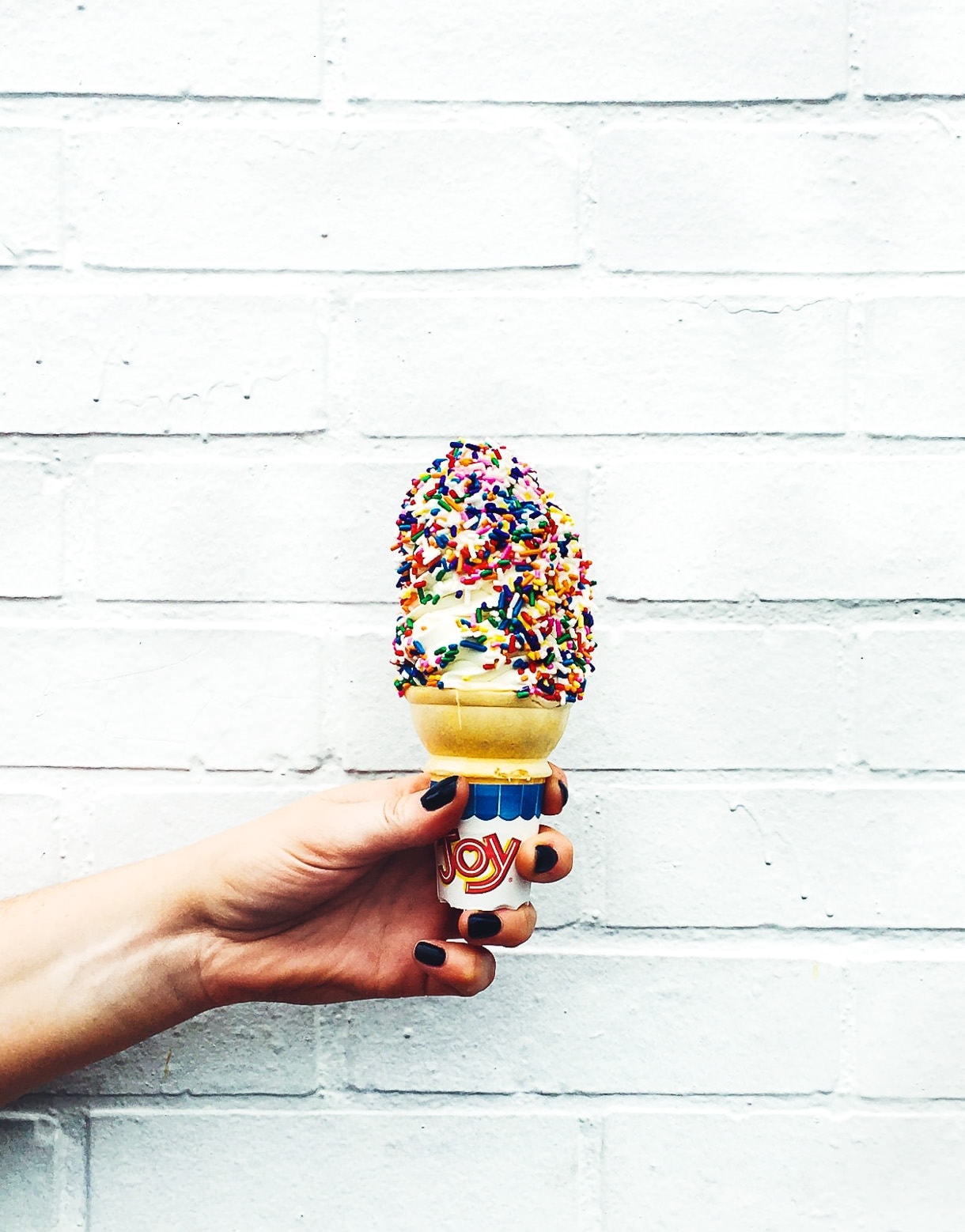 Mr. Wizard’s Custard: You haven’t had soft serve until you’ve had Mr. Wizard’s, complete with sprinkles. Ordering at the old school walk up window, 60 year old gal taking your order, and the man in the back making a sno-cone….. the custard is incredible. So rich and creamy, different than the soft serve I’m used to here in Minnesota, which is typically more of an ice milk blend, like that served at Dairy Queen. But I quickly learned there is great debate among the locals about which is better: Mr. Wizard’s or Ted Drewes, a St. Louis institution. It’s only fair that the next time I’m back I’ll have to compare.

Bowood Gardens/Osage Cafe: This is the cutest combination of a greenhouse and cafe (the first picture above was taken there). You can eat in the cute little restaurant attached, or outside in the flower filled garden. The brunch was great, everything made in house using the vegetables they grow themselves, and other local food. There is something so zen about being amidst plants and flowers. As I wandered through the rows I could see myself going there on a weekly basis to escape a little if I lived there.

Mudhouse: Eat breakfast here.  I had my first “St Louis Slinger”, which is basically like huevos with chili (vegetarian black bean served here) and roasted potatoes, no tortillas.
Rise: Coffee rockstars. Hip vibe, good place to work.
Comet: The best iced tea of my life. I had hibiscus, Sherrie had the sencha. Do this, and quench your thirst from the Missouri heat.
Brennan’s Bar: A bar and bottle shop, killer wine list, and a cigar bar attached if that’s your thing.
Schlafly Bottleworks: We loved this place. Super casual, huge outdoor area, with plenty of their craft beers on tap, as well as cider. Finally a brewpub where Brian and I could drink together! As in Minnesota, there isn’t a brewery who also makes a cider.
Reeds American Table: contemporary and small space, great vegetarian choices, and seasonal menu. We left happy with the meal and ambiance. 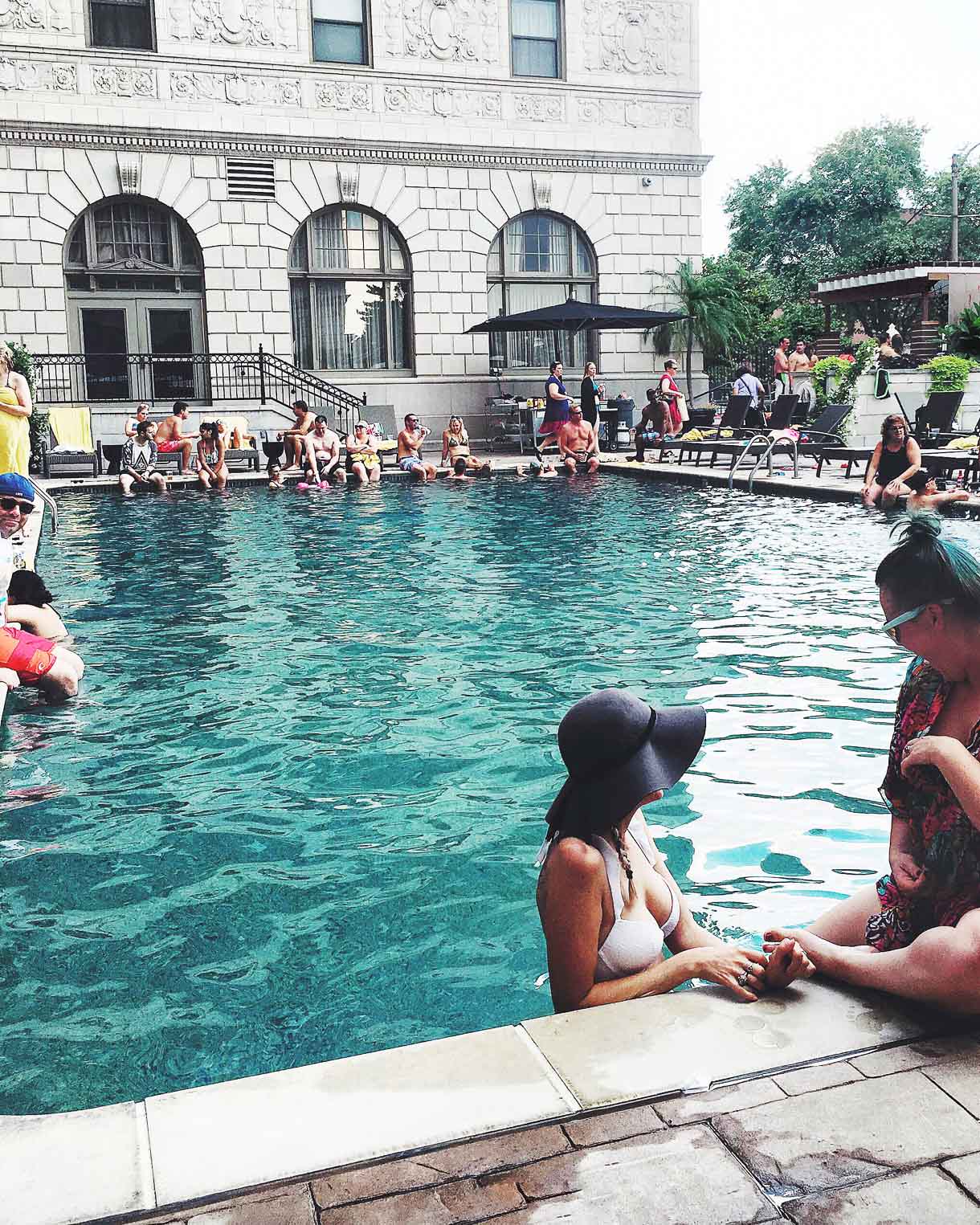 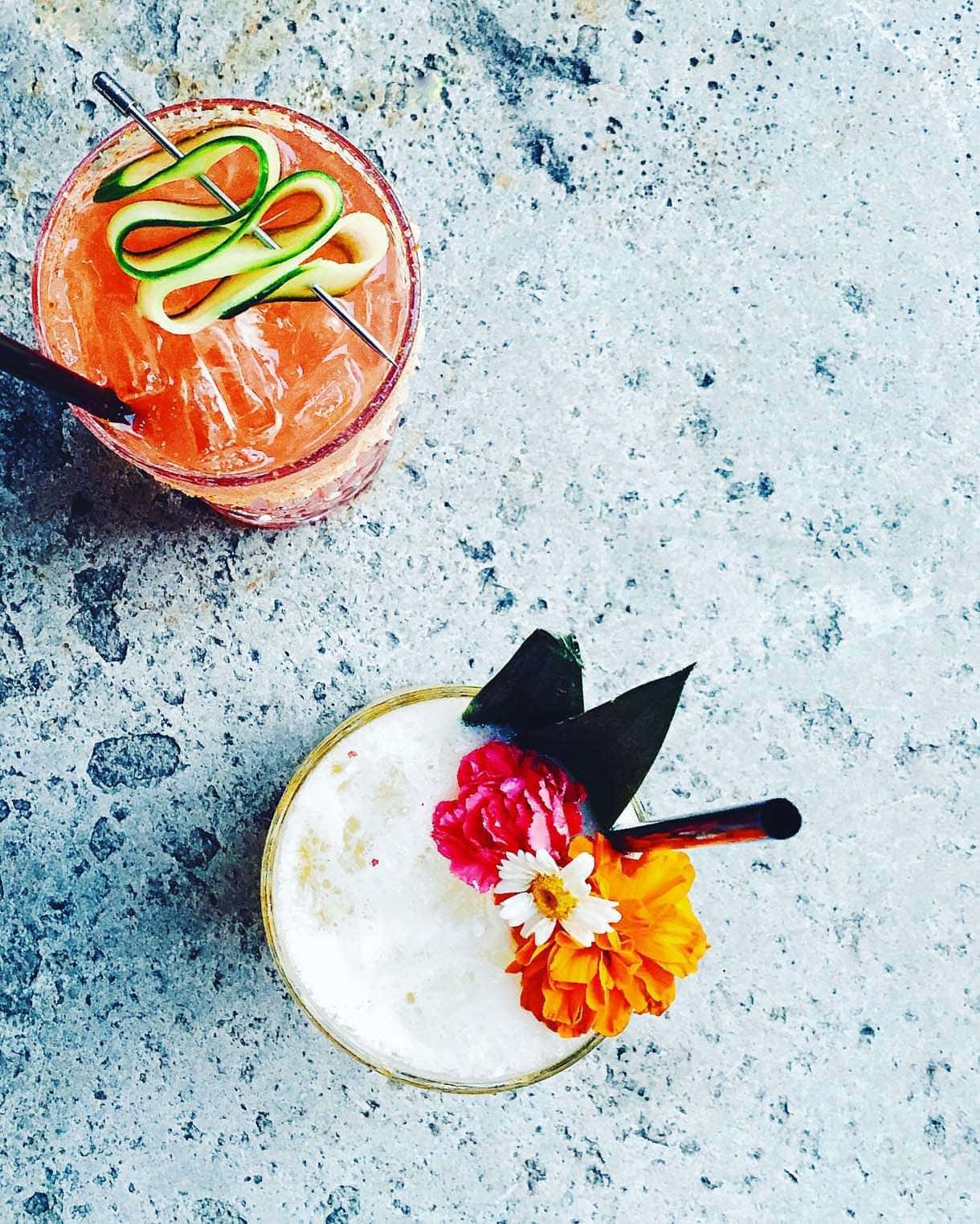 Chase Park Plaza Hotel: When I was booking our trip, I took one look at this historic hotel {my partner for the weekend} and was won over by it’s Great Gatsby feel, mediterranean style outdoor pool, and location. The art deco detail is incredible, a taste of architecture from an earlier time that emphasizes geometric shapes, clear and precise lines, and decoration which is attached to the structure, often in the form of metal or ceramic sculptures.

Yet it’s timeless, a blend of history with romantic, contemporary, urban style. There are three restaurants on site, including The Preston, which we ate dinner and brunch at. Our tiki drinks were the start to the night, spot on in every way. The food; farm to table based, beautiful presentation, and easy to eat gluten-free at because they are a “from scratch” restaurant. The dessert table at brunch was unlike anything I’ve ever seen, the edible art of an extremely talented pastry chef. We also ate dinner at The Tenderloin Room, which is an old school steakhouse, where they do the classics so well. My sea bass was cooked perfectly, and Brian had the Peppercorn Tenderloin, their specialty. We saved room for tableside Bananas Foster, flames and all. It was a delicious step back in time.

They also have an Aveda salon/spa, which I made time for a stress fix facial. I needed it, more than I even knew. It was a fantastic experience, and a reminder that it’s totally worth it to treat yourself once in awhile. Refreshed and renewed, my face felt amazing and I was able to let go of my thoughts for awhile.

If all those things weren’t enough, they even have an original movie theatre, in-house. It was on our list if it rained, but luckily we were able to take full advantage of pool time. 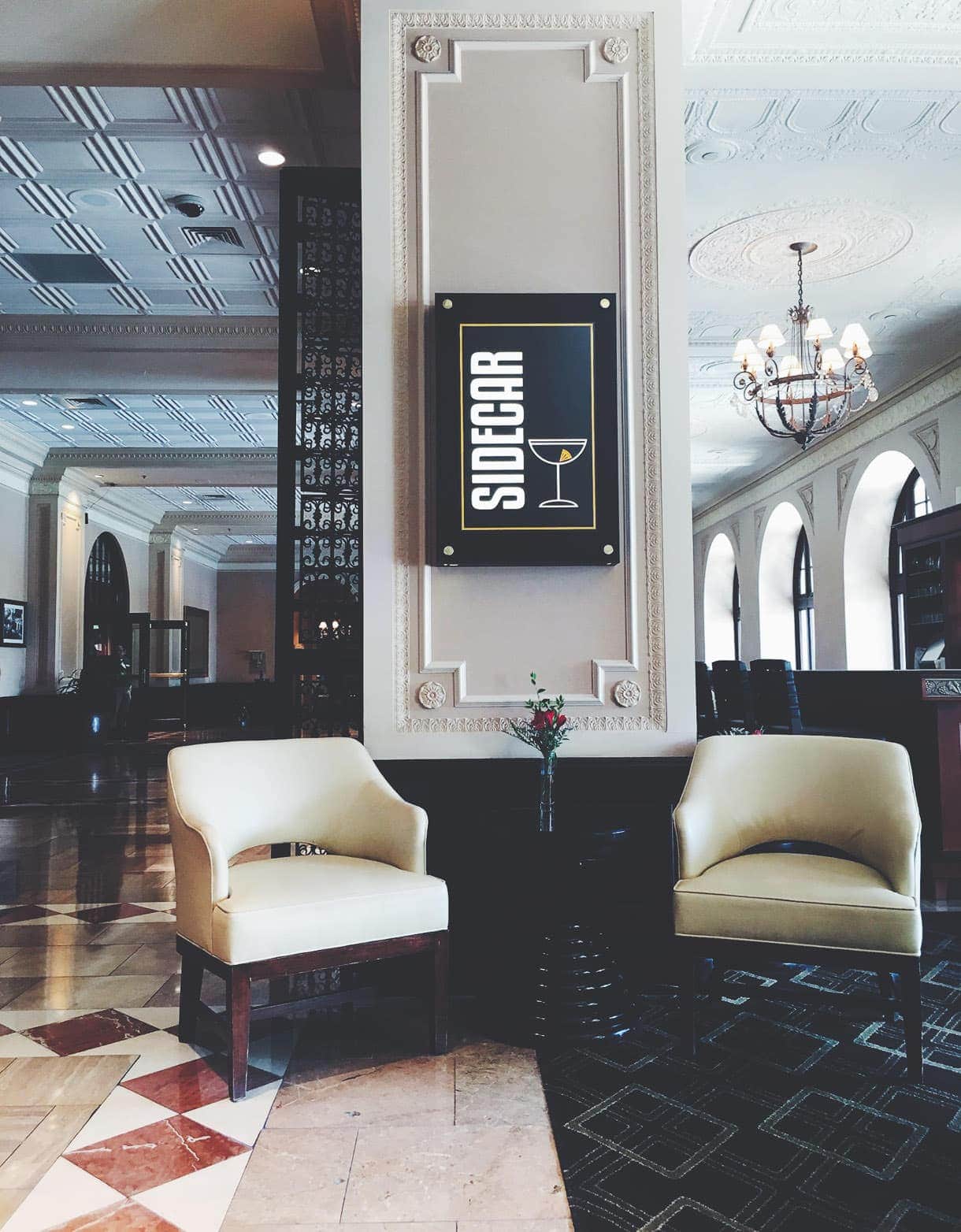 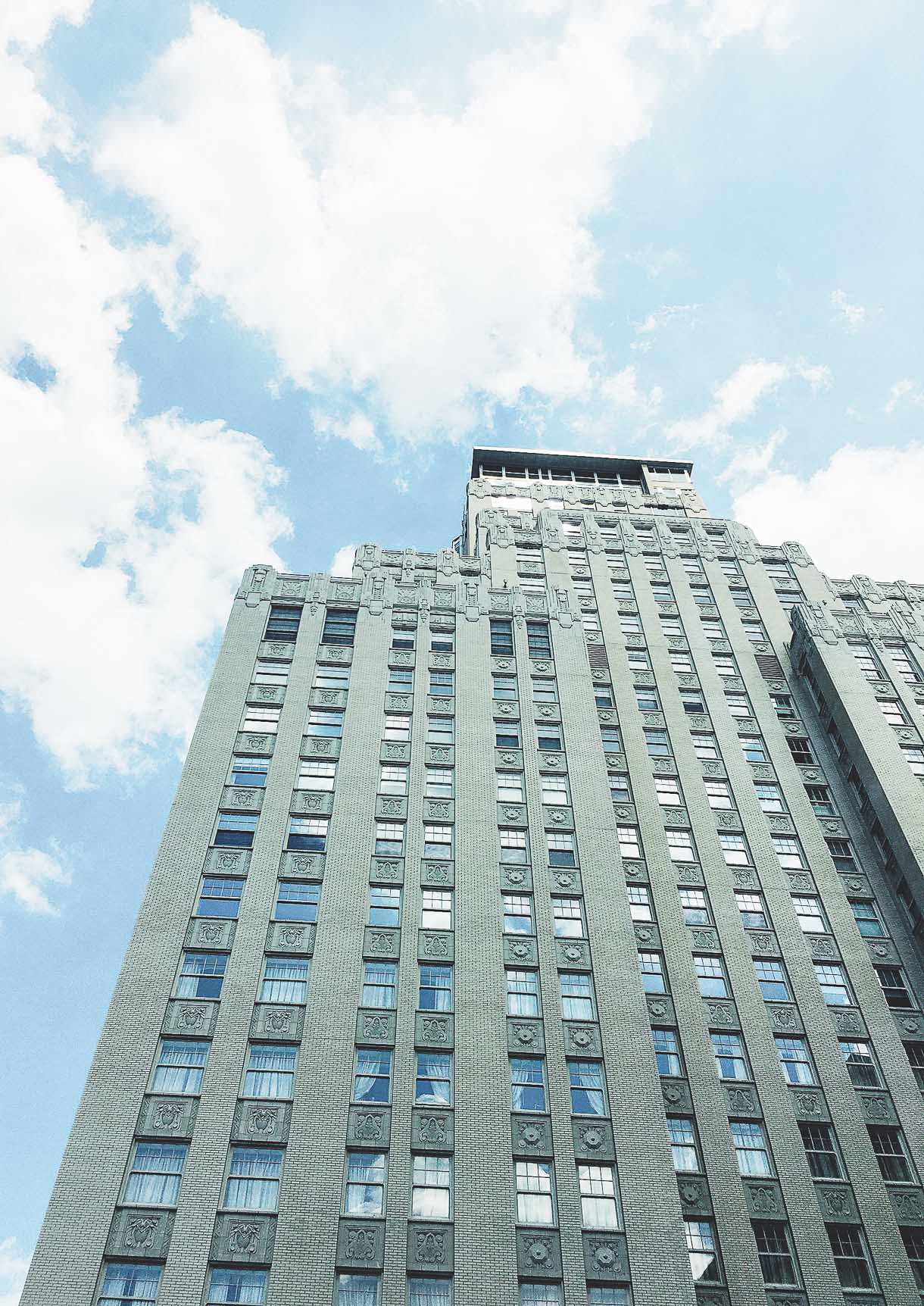 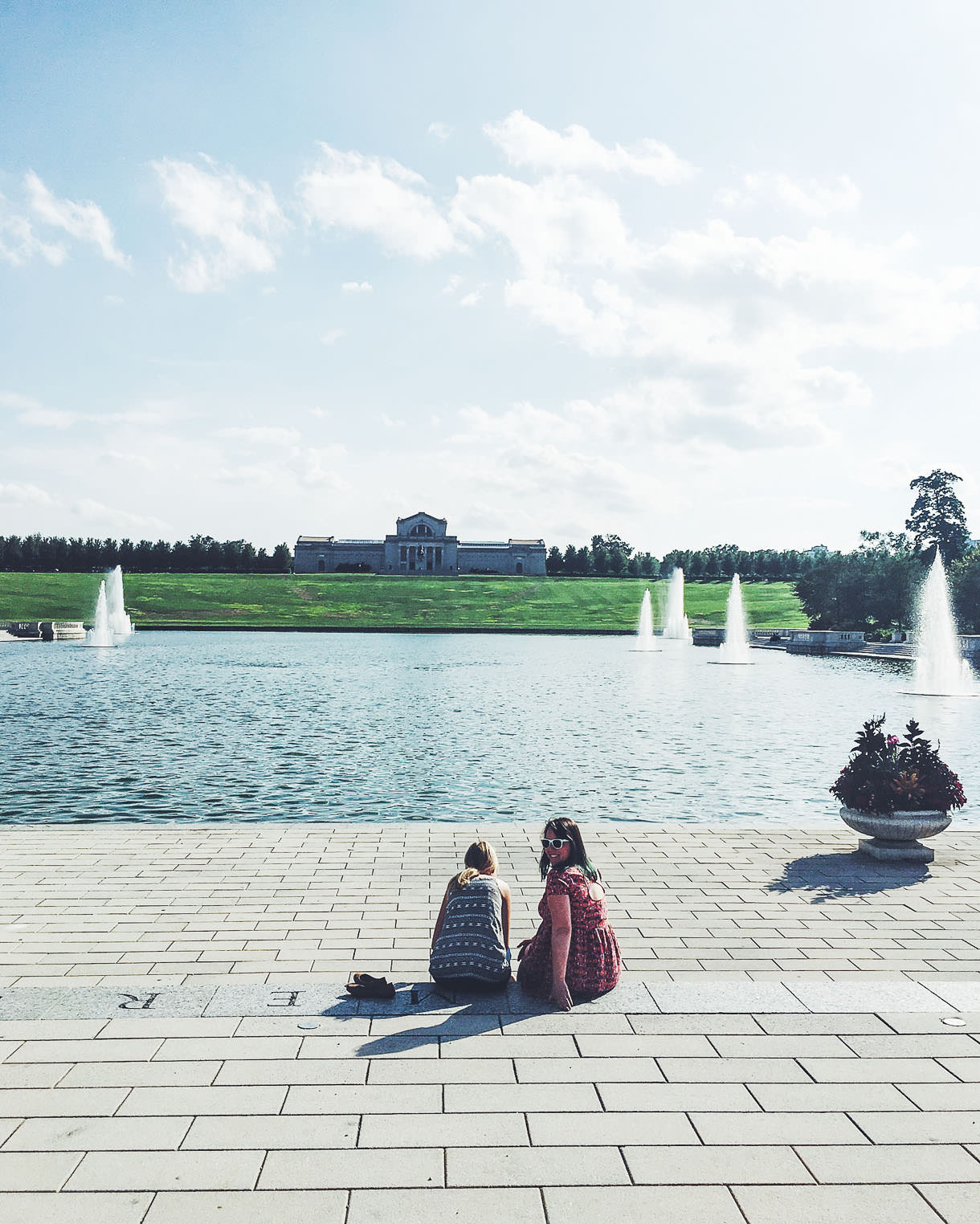 Forest Park: My eyes couldn’t believe, or even see how big this beautiful green space was, right in the heart of the city. It’s actually twice the size of Central Park. Offering nearly 1,293 acres of land for biking, walking, running, golf, picnics, and gatherings, Forest Park is the crown jewel of St. Louis. The park is home to five of the region’s major institutions: the St. Louis Art Museum, the St. Louis Zoo, the St. Louis Science Center, the Missouri History Museum, and the Muny amphitheater. And because St. Louis has placed an emphasis on the arts and culture, they impose a 1% resident tax to support this mission, keeping the attractions free for all instead of it being a privilege. 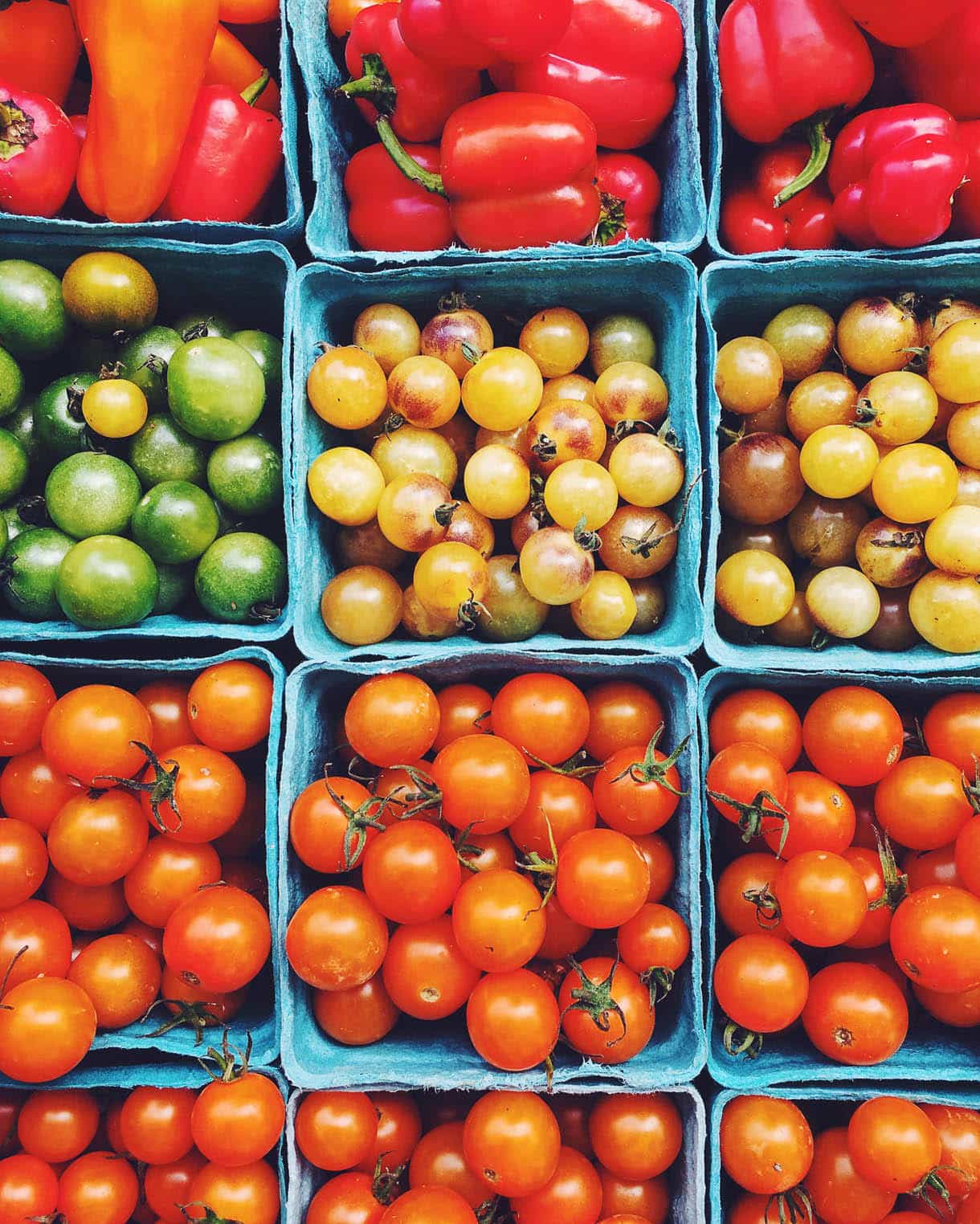 Towers Grove Farmers Market: I can’t go to a city without checking out it’s market. Similar to Minnesota, this farmers market was busting at the seams, prime harvest season for all things. It was set within another beautiful park, and you could feel the sense of community. 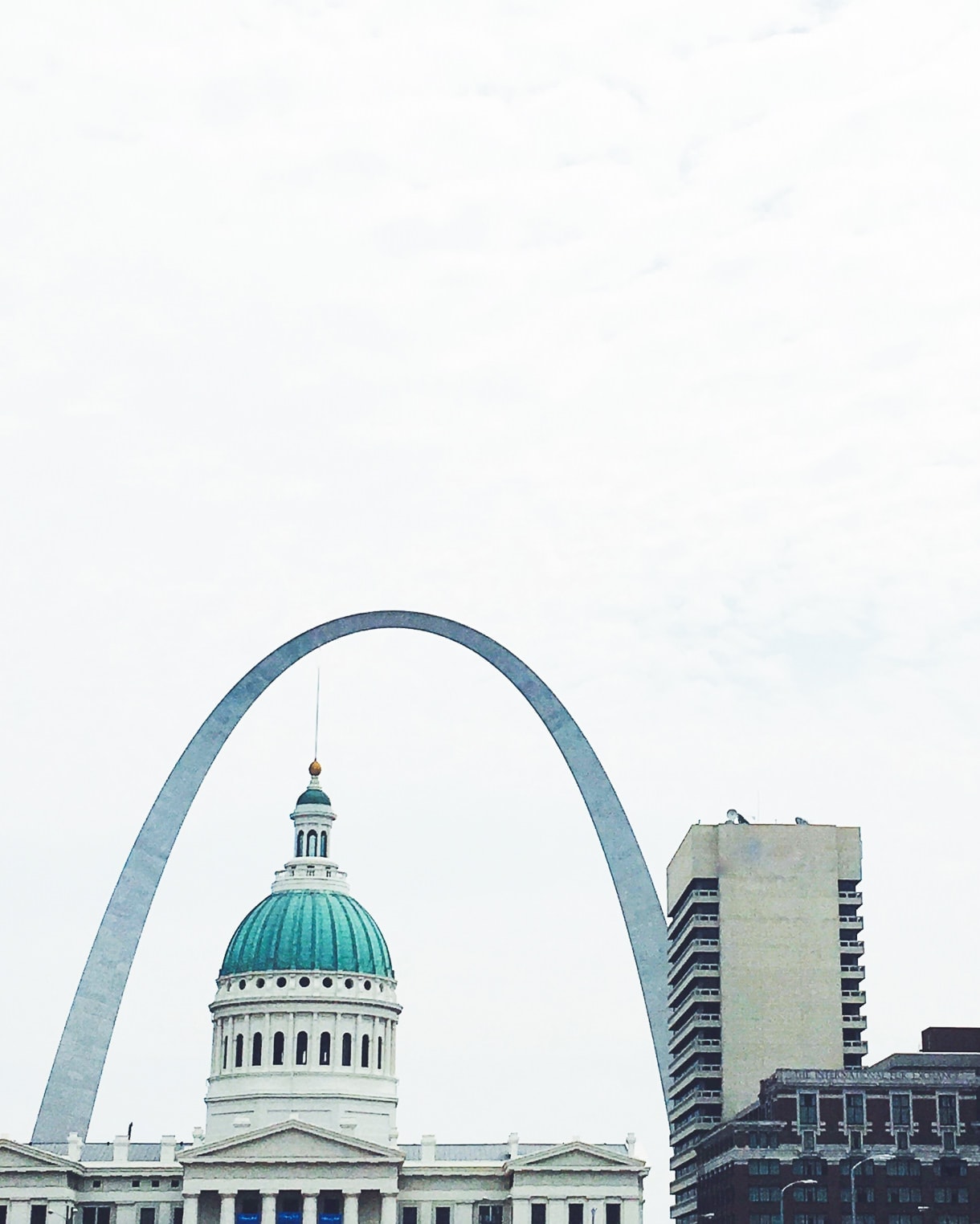 The Arch: You can’t go to St. Louis and not see the arch. At 630 feet, it’s an architectural marvel that is more than twice as tall as the Statue of Liberty. The stainless-steel-faced landmark pays homage to Thomas Jefferson and St. Louis’ position as the gateway to the West. Quite impressive to the eye.

Cathedral Basilica of St. Louis: Holding one of the largest collections of mosaics in the world, it has over 41.5 million pieces of glass creating beautiful works of art. The process started in 1912, and was was considered completed in 1988. Religion aside, it is truly an amazing thing to see.

Neighborhood Pockets: One of the most unique things I found about St. Louis was it’s distinctive neighborhoods. Unlike Minnesota where sometimes it’s hard to tell where one pocket starts and ends, these areas are spread out and very distinct. Maplewood was probably my favorite, close to Forest Park and a casual feel. Great restaurants and cute shops, an area that you could spend a day hopping from one place to the next. 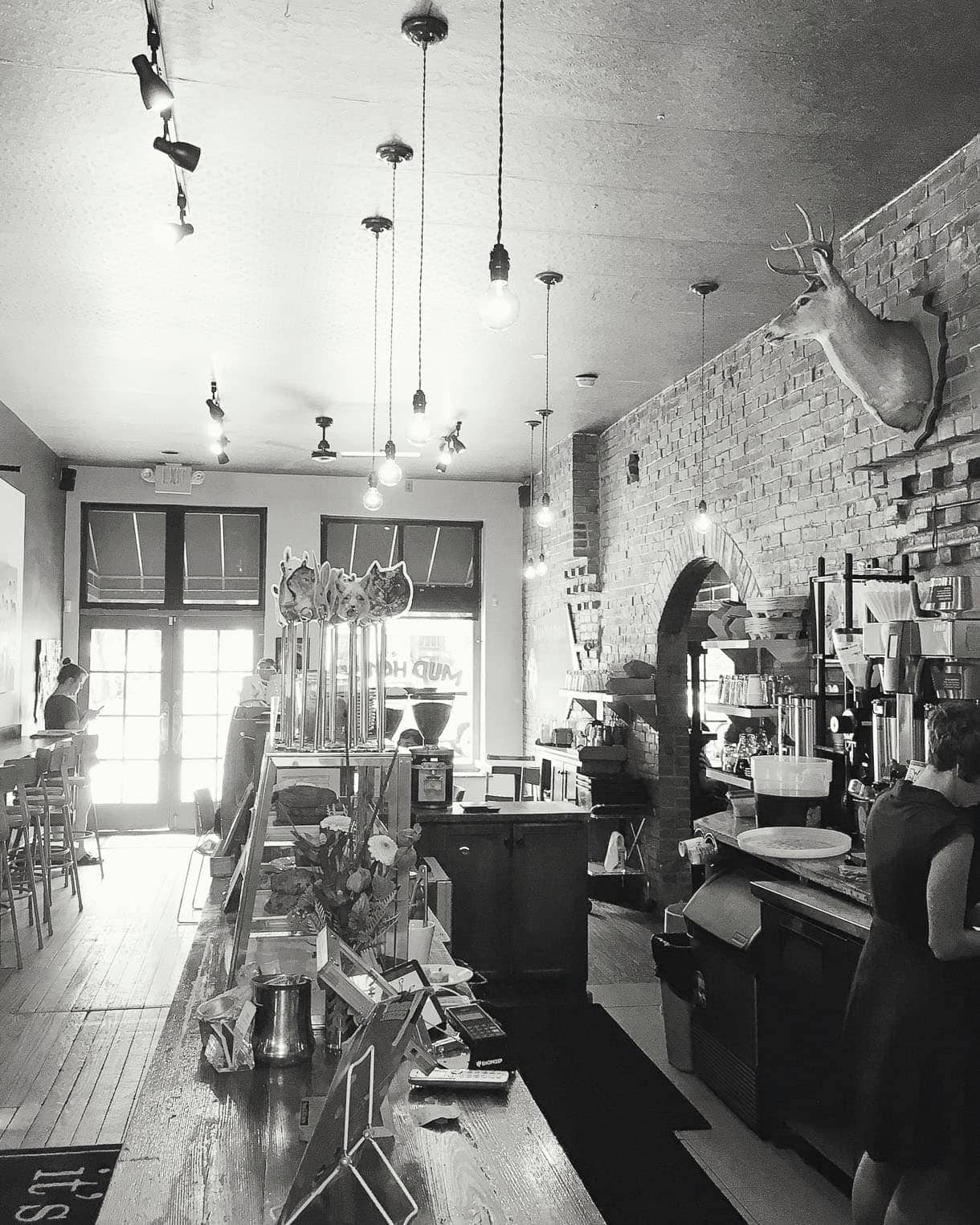 And yet even with all that we did, I know we barely scraped the surface of St. Louis. Some say it’s a “fly over” city, always in the shadow of Chicago, but I say it has it’s own midwest magic. A complex, yet beautiful balance of elegance and gritty, refined and weathered, yet progressive. I know we’ll be back. 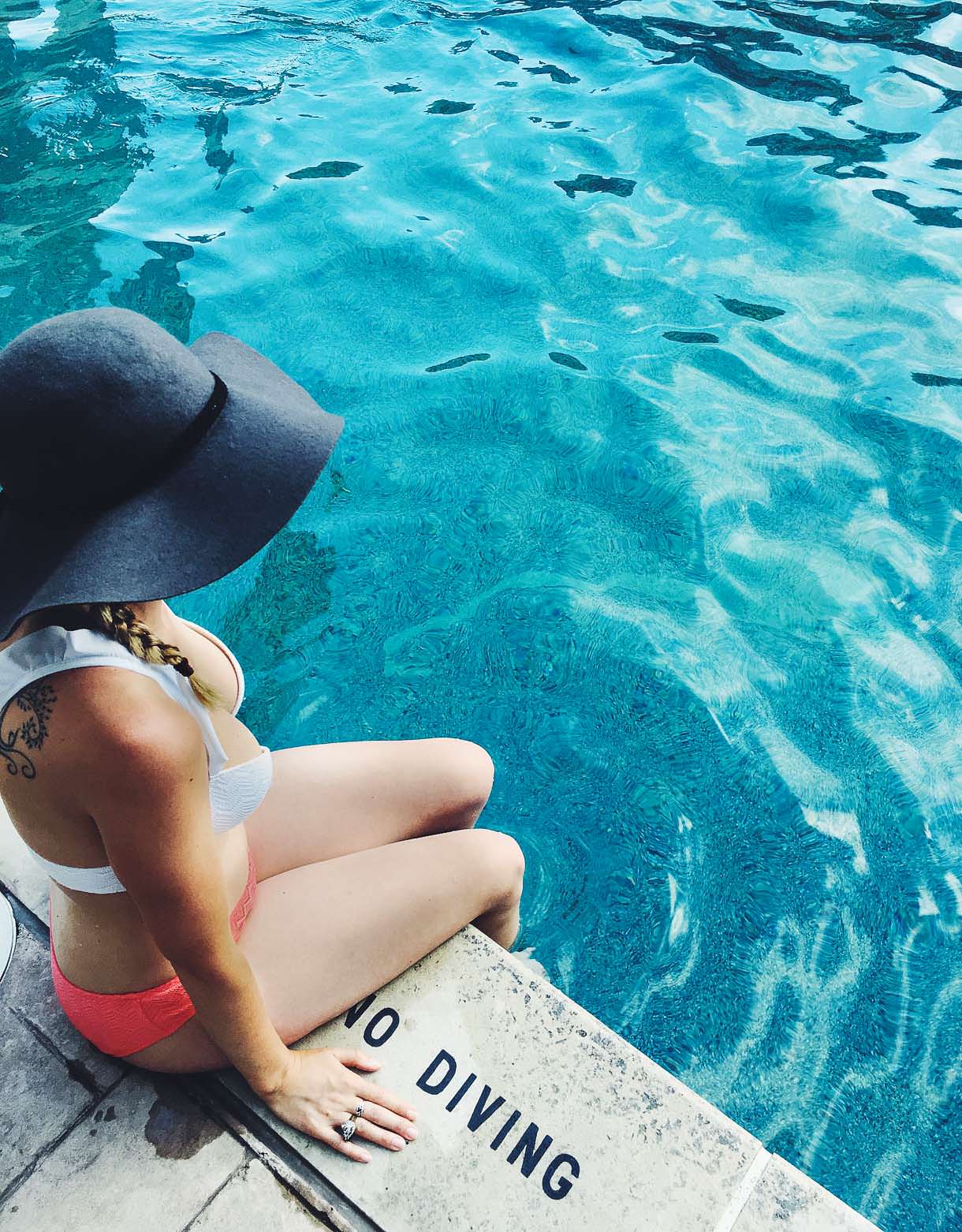 This post and stay was in partnership with Chase Park Plaza Hotel. All opinions are my own, and I’m happy to share them with you.

A Travel Guide to Placencia, Belize