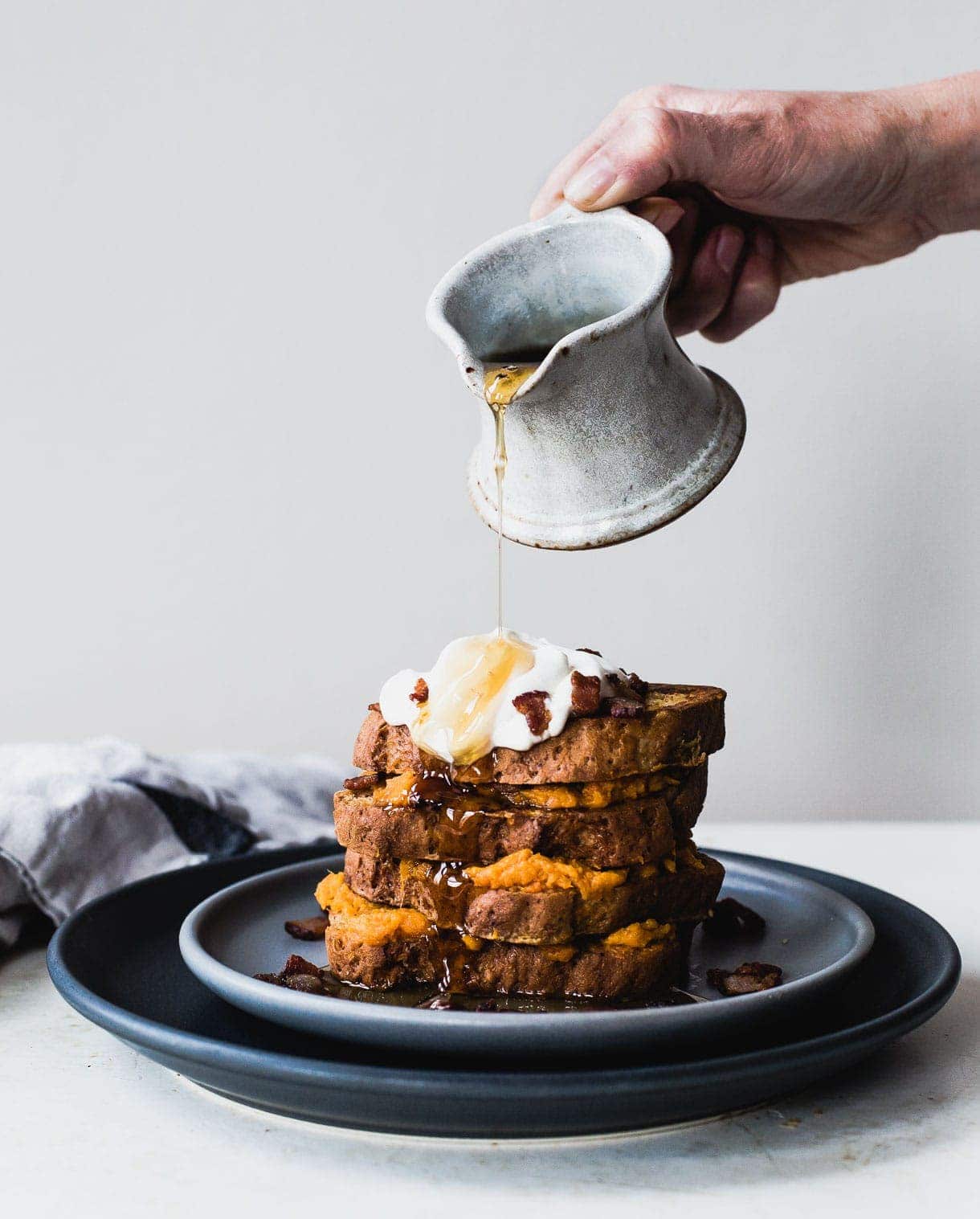 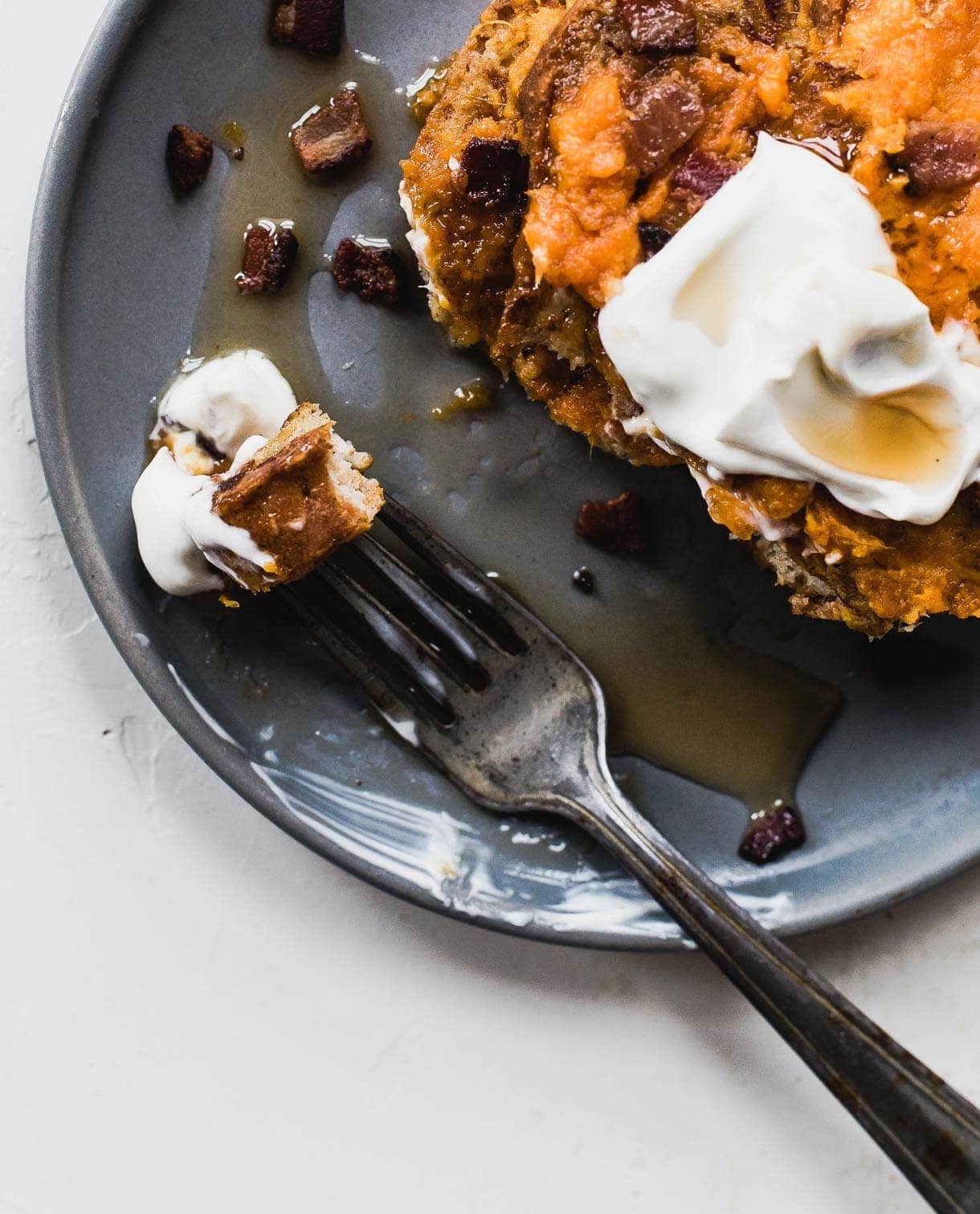 This recipe is sponsored by Udi’s Gluten Free, a year- long partner of Heartbeet Kitchen.

I look forward to the weekends for many reasons, but mostly for longer, slower breakfasts, making things a little more decadent and special than what we’re used to on the weekdays. Often it’s such version of seasonal waffles, or pancakes, but as of late, I’m hooked on this Gluten Free French Toast with Bacon. With maple syrup. With a dollop of mashed sweet potatoes, and creme fraiche (or whipped cream). Sounds out of the ordinary, but is SO good.

A few well-chosen ingredients go a long way in this simple but gratifying recipe. Cinnamon, vanilla, and roasted sweet potato are added to the egg and milk. Udi’s Gluten Free Whole Grain Bread goes for a swim in the custard, and the rest is up to the griddle.

And that deep-brown, lacy appearance on its exterior? A sign it’s been properly cooked. 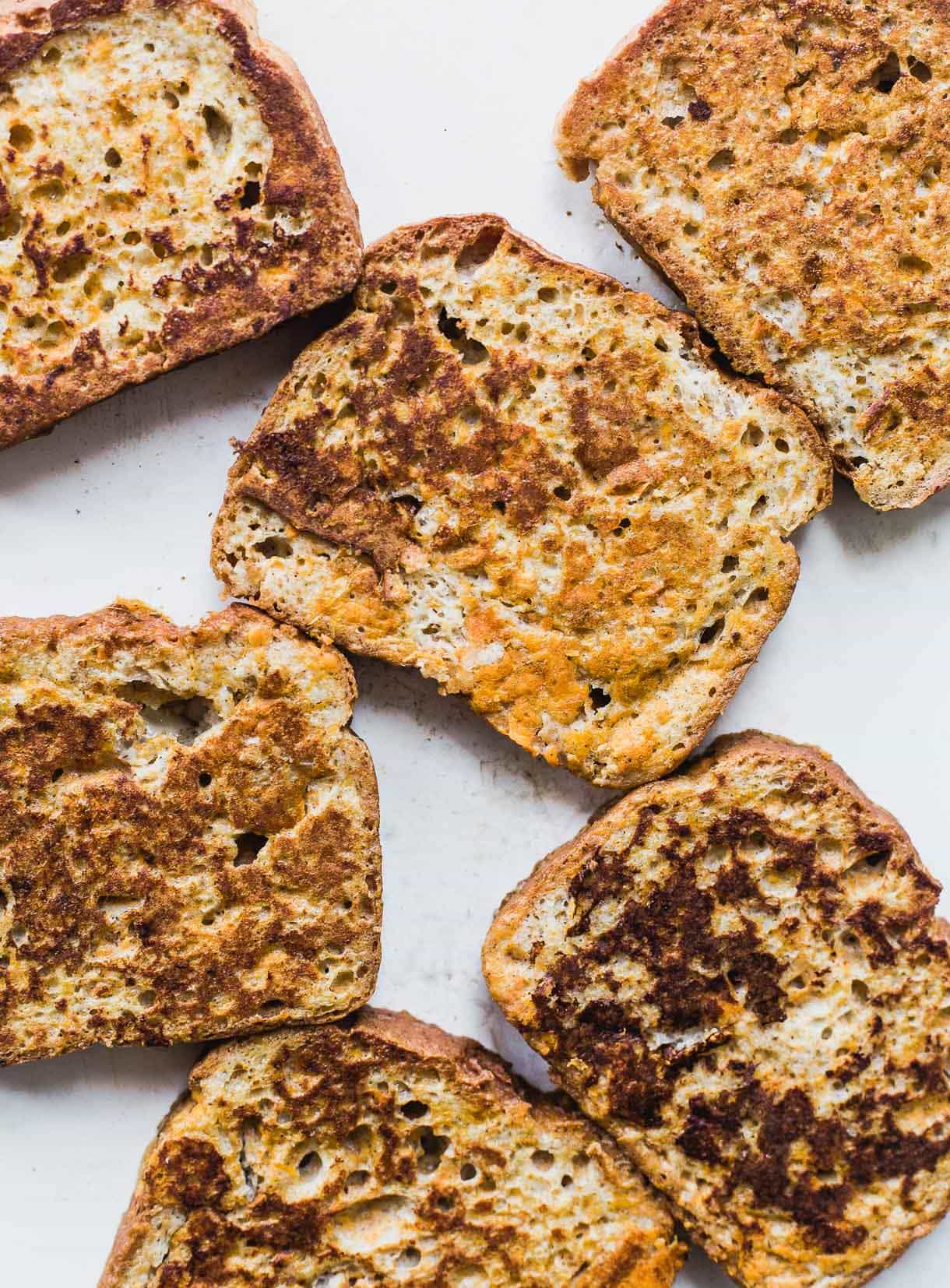 In addition to sweet potato in the batter, I spread a thin coating on each piece before finishing the stack, giving it extra moisture and flavor.

And stopping there, this Sweet Potato Potato French Toast was really good. But adding the bacon — incredible. Adding the bacon — a must. Because in my world, saltiness is key to making something sweet worth more than one bite. 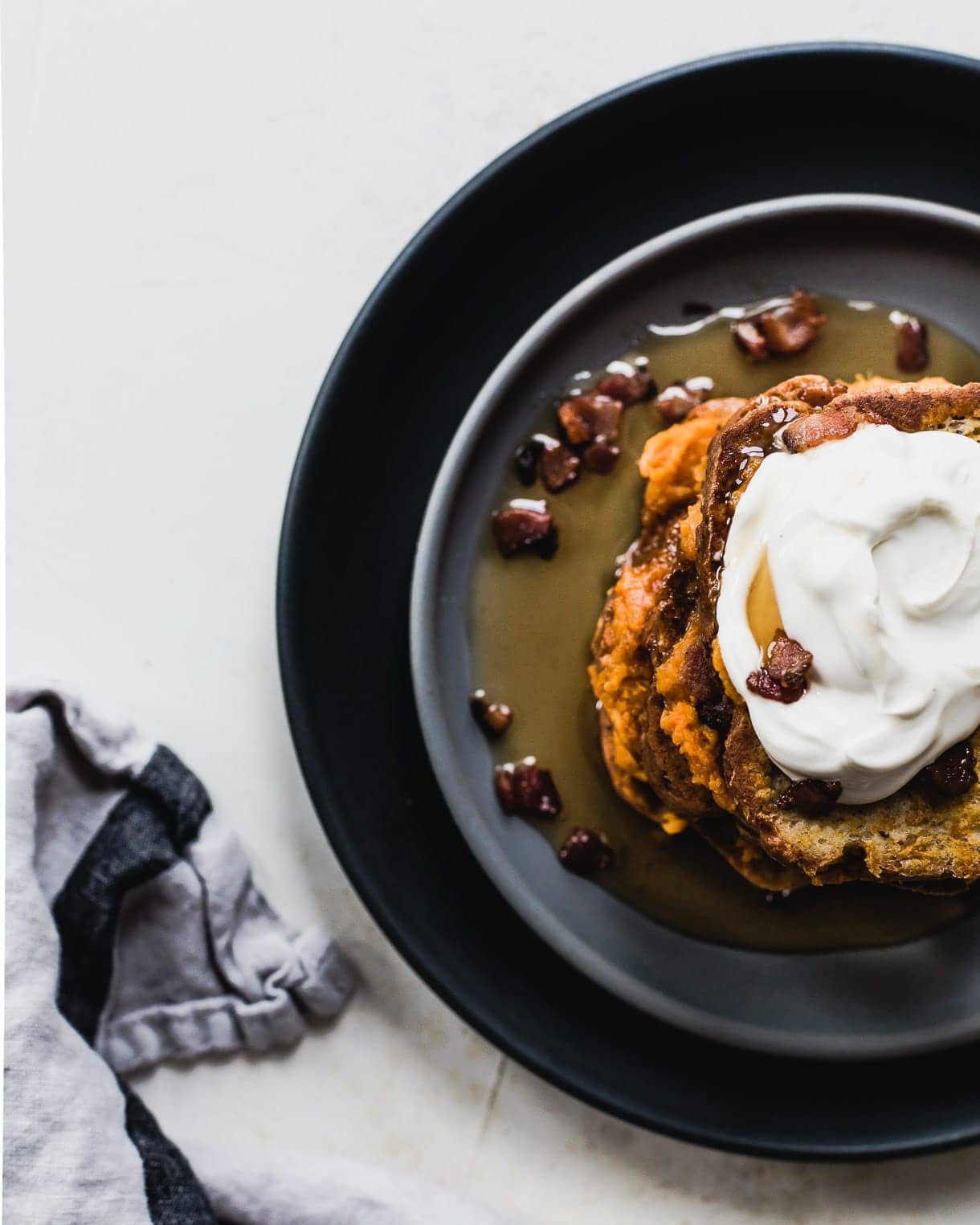 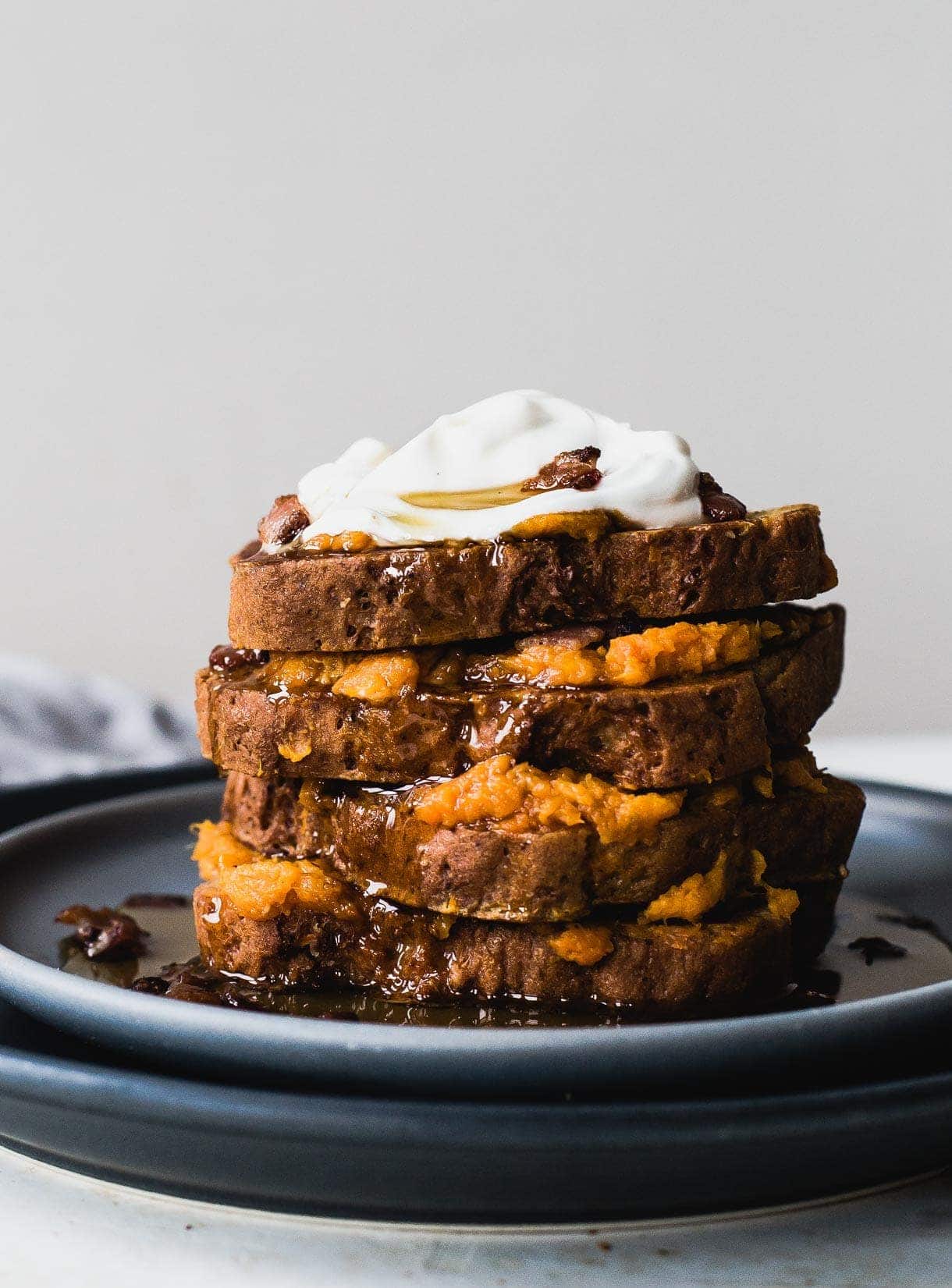