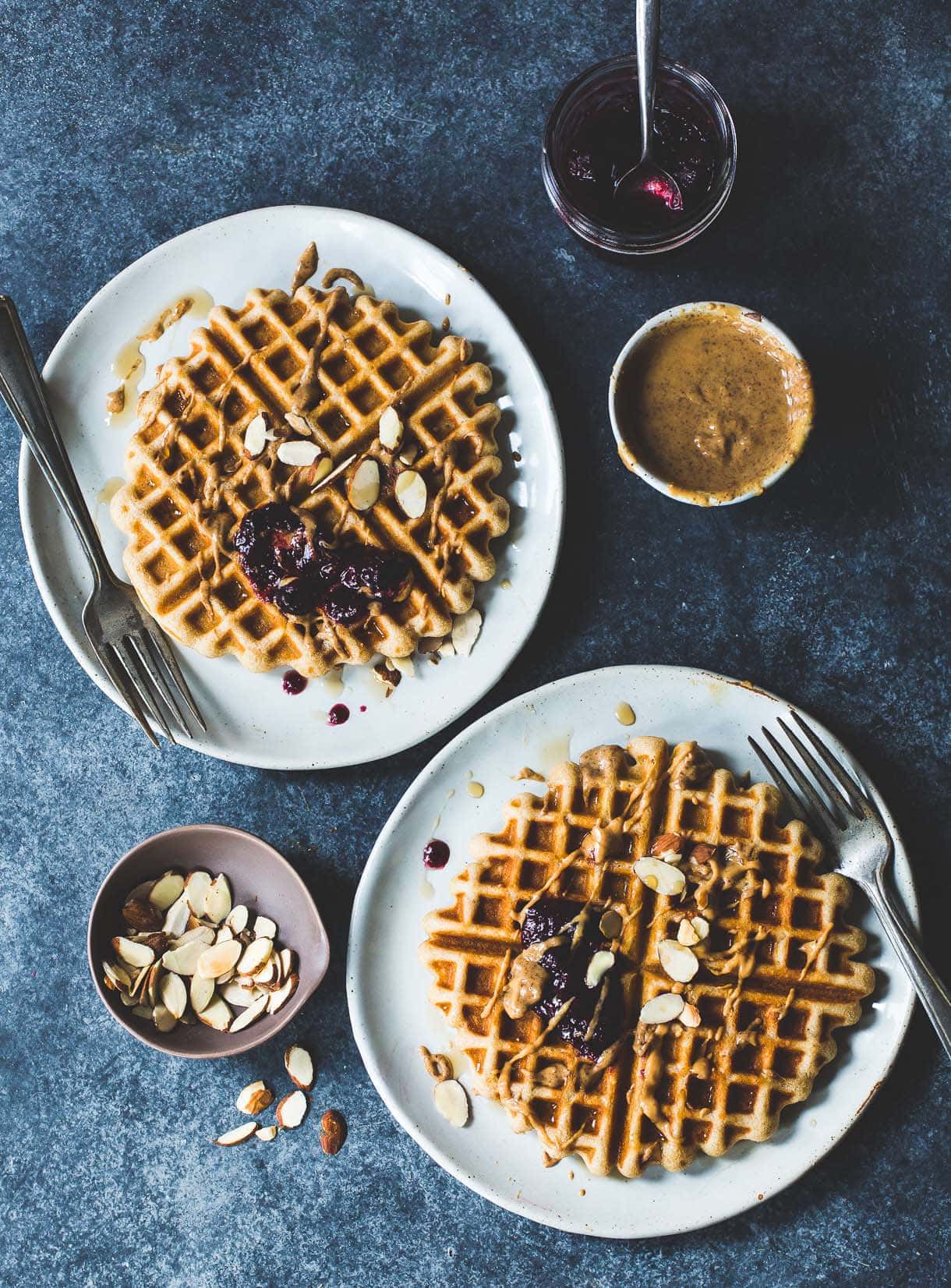 Last weekend we ate these waffles on the dock of a lakeside cabin we rented, and I joked that I wanted to start a dockside waffle shop. Like a food truck, fly by style. And these would always be on the menu, (and these too) with the best seasonal fruit and Minnesota maple syrup. Yes, that means I hauled my waffle maker along, as I always do when we take a road trip. Even though it’s not the lightest or compact object, it never gets left behind. In fact, I’ve remembered it over a toothbrush and socks the last three times we’ve traveled. Priorities.

When most days I feel rushed with breakfast, the idea of making and eating these to the tune of slow is a welcomed change of pace – whether that be on vacation or at home. Their warmly spiced, vanilla laced scent always wakes the beau who’s sleeping in, and my own nose perk up. And I’ll never tire of the sizzle as the batter hits the hot iron. 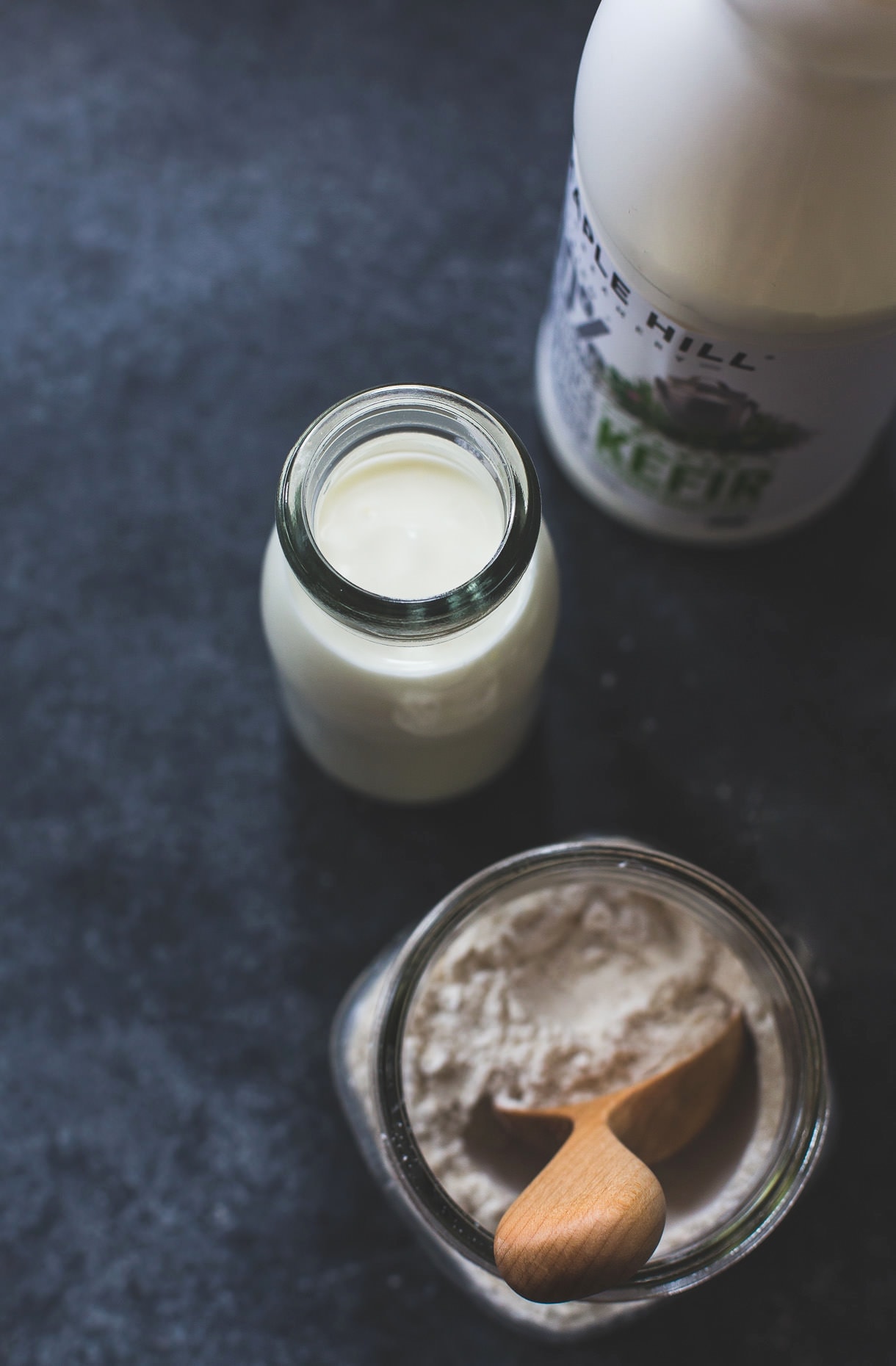 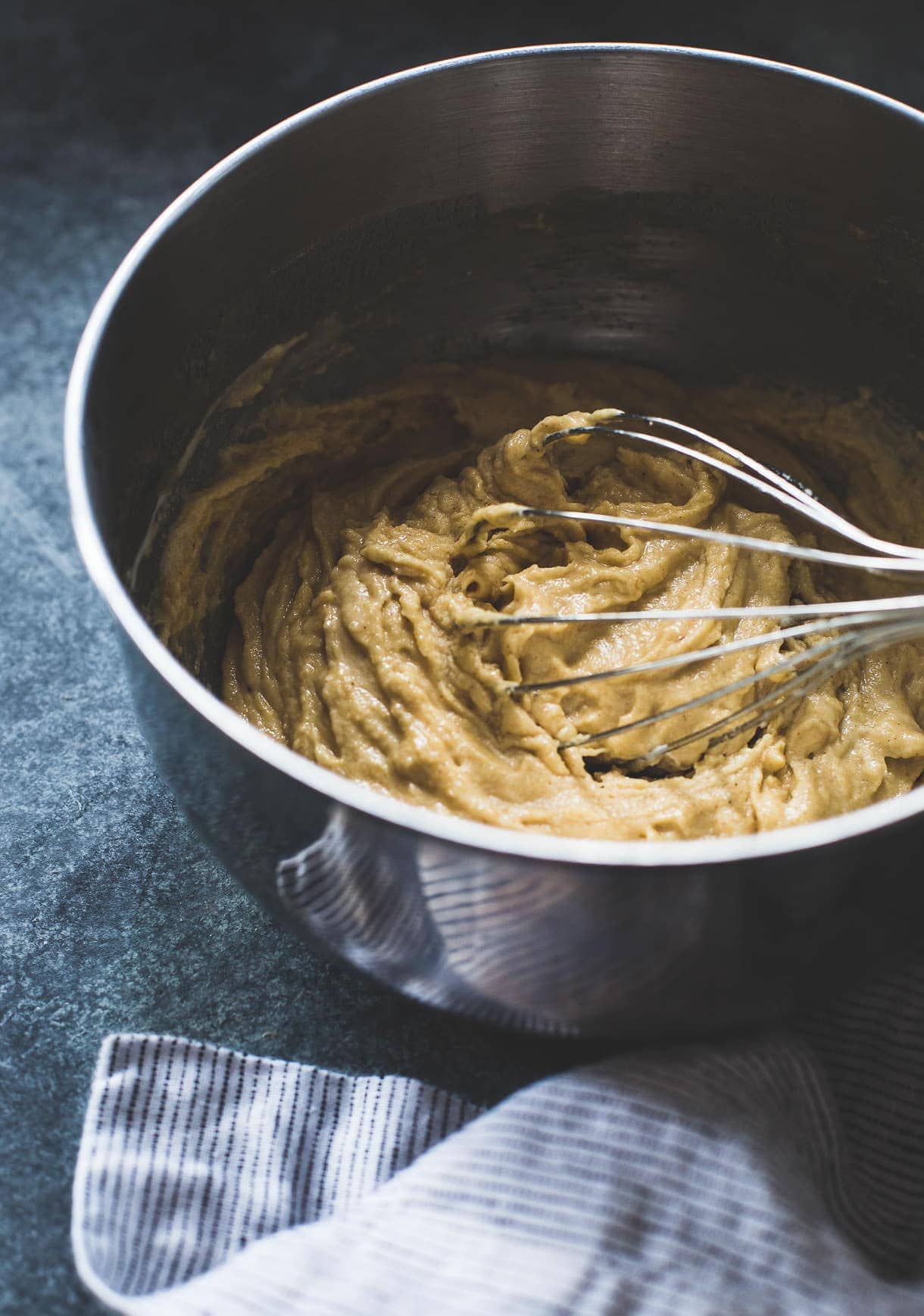 Per the name of this recipe, Maple Hill Creamery‘s grassfed kefir is one of the essential ingredients that makes these the best gluten-free waffles I’ve ever made – and a nutritional powerhouse at the same time. In this recipe it acts like buttermilk, a proven winner for waffle making because of the acidity, which helps them rise, and moisture to keep their interior soft.

Also known as the cousin of yogurt, kefir is a cultured milk product made with kefir grains, which aren’t actual grains, but made of bacteria and yeast instead that are allowed to ferment. It’s naturally mild, a little tart and tangy. The difference between the two is that kefir is made by fermenting milk with 10 to 20 different types of bacteria and yeasts, whereas yogurt is usually just fermented with a handful of types. This results in a higher probiotic count in the final product.

So these brown rice flour waffles…… They meet my ideal standards that I’ve come to require in this best of brunch meal. Thatched pockets that are crisp, yet give way to a tender and light inside. I love everything about them, including the outer ridges, left golden and bare.

They puff and rise as they steam between the hot iron, and end up the perfect thickness. Not too tall and puffy, a problem I see with many waffles that makes them more cake like. And when I want cake, I’ll eat cake.

You’ll taste the sum of all the parts, from the warmly spiced “bread” to the nutty almond butter and blueberry lavender jam, and the finishing touch of maple that sinks into each square valley. These grids are good. And I hope they make it into your brunch plans soon, xo. 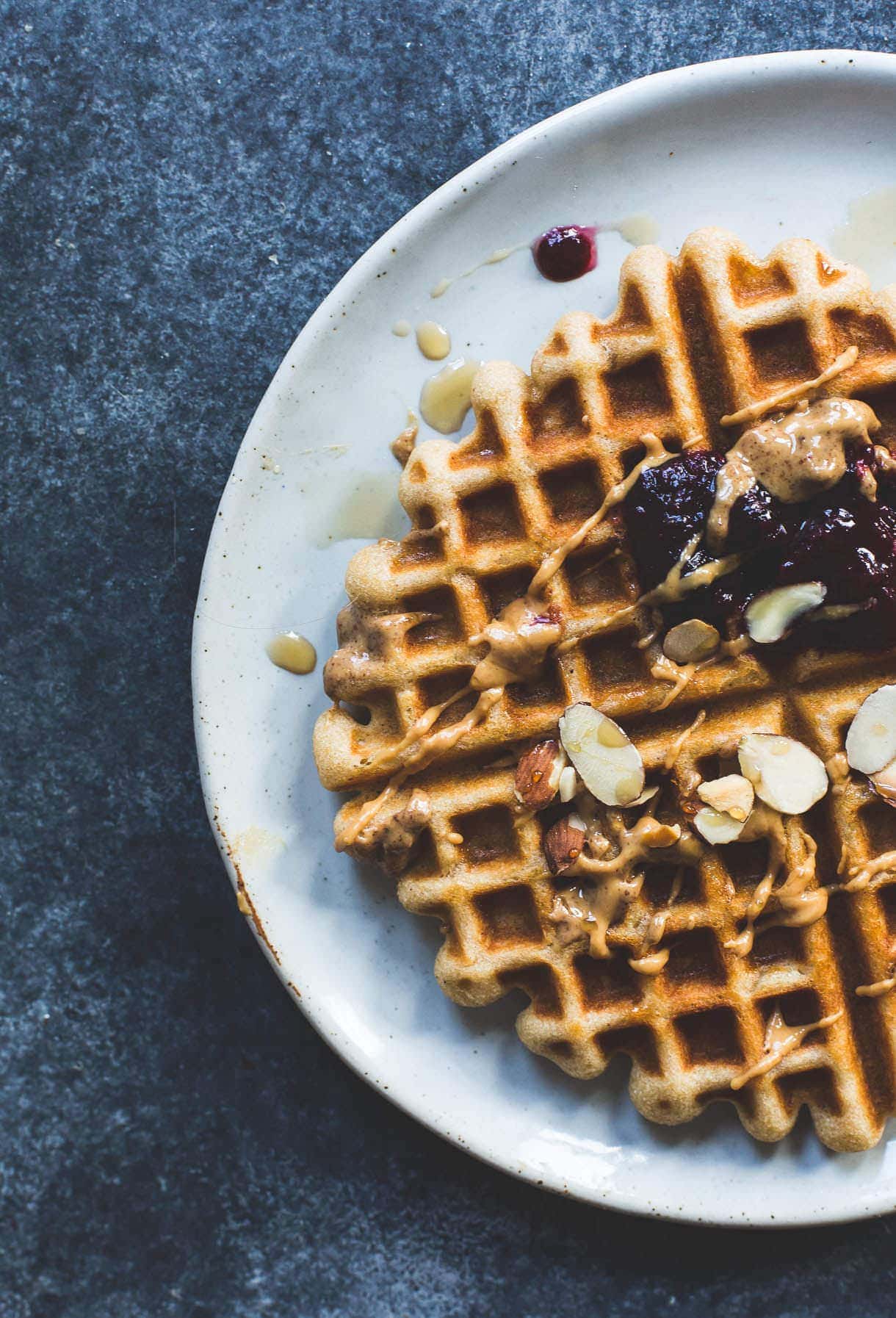 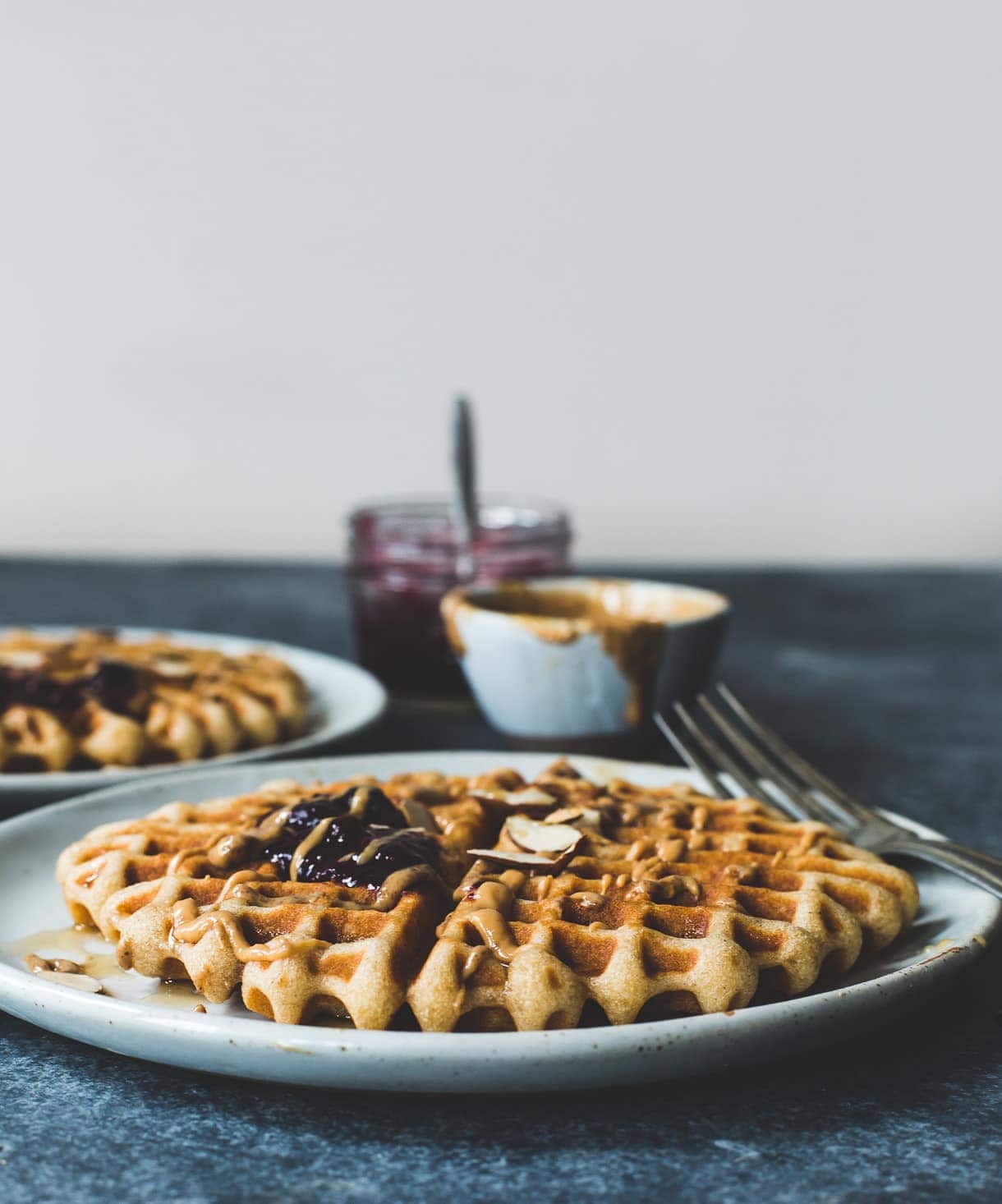 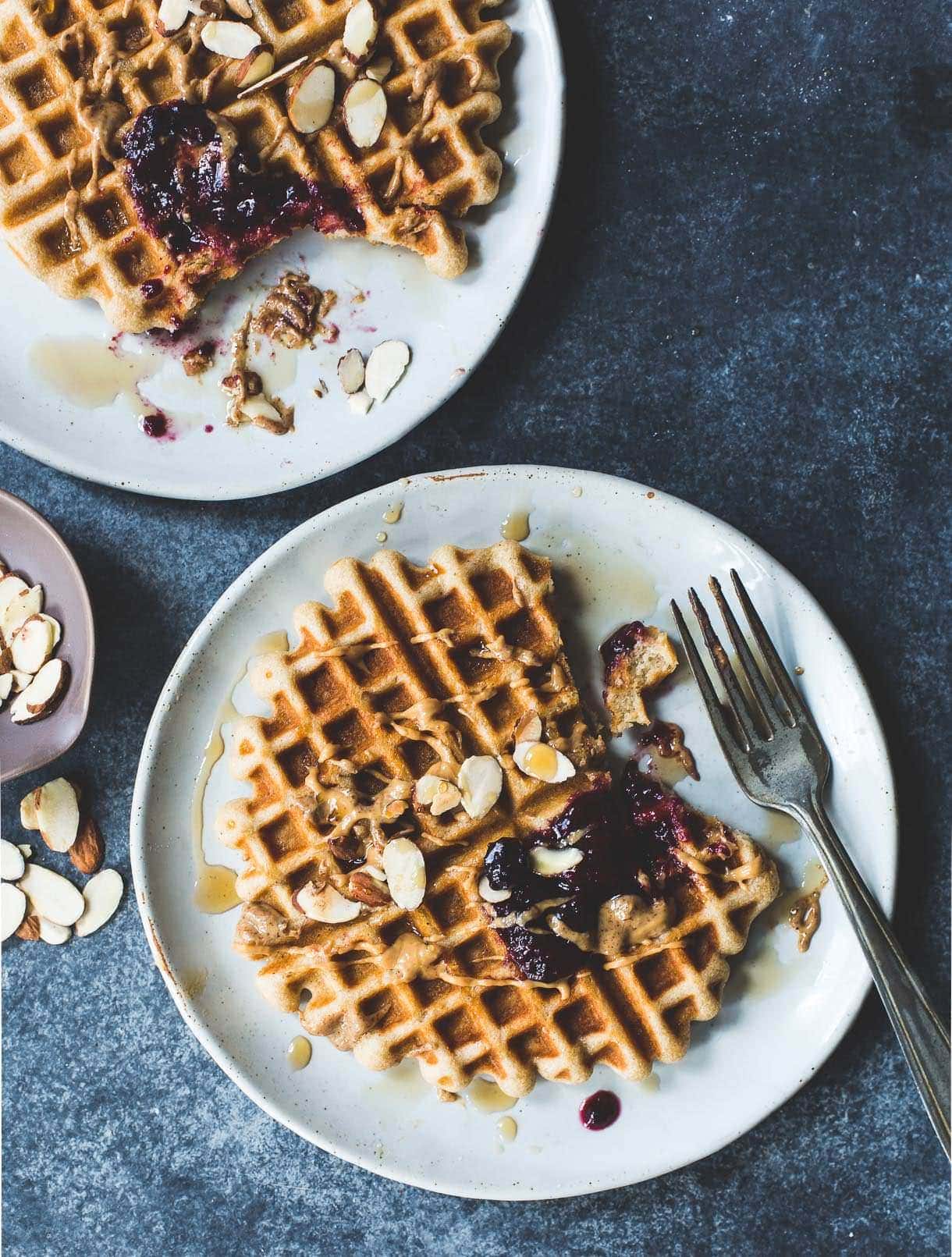 A few notes about the development of the recipe: Although I never leave home without the waffle maker, I had yet to nail down the exact recipe that I felt confident about sharing. All of the experimental batches were good, but not quite “the one”. Throughout the trials I was working out a few kinks, mainly the alternative flour combination and the binder to keep them from falling apart. I really wanted to create a gluten-free waffle that was just as good as regular, but didn’t use gums to mimic the gluten. And that can be hard to do when using alternative flours. I’d had a lot of success with Cup4Cup, but it bothered me that xanthum gum is on the ingredient list, which is hard for most people to digest.

In the end I found the right combination with brown rice flour, tapioca starch, and fat. It produces a tender waffle, similar to that of gluten containing grains. No gums needed! 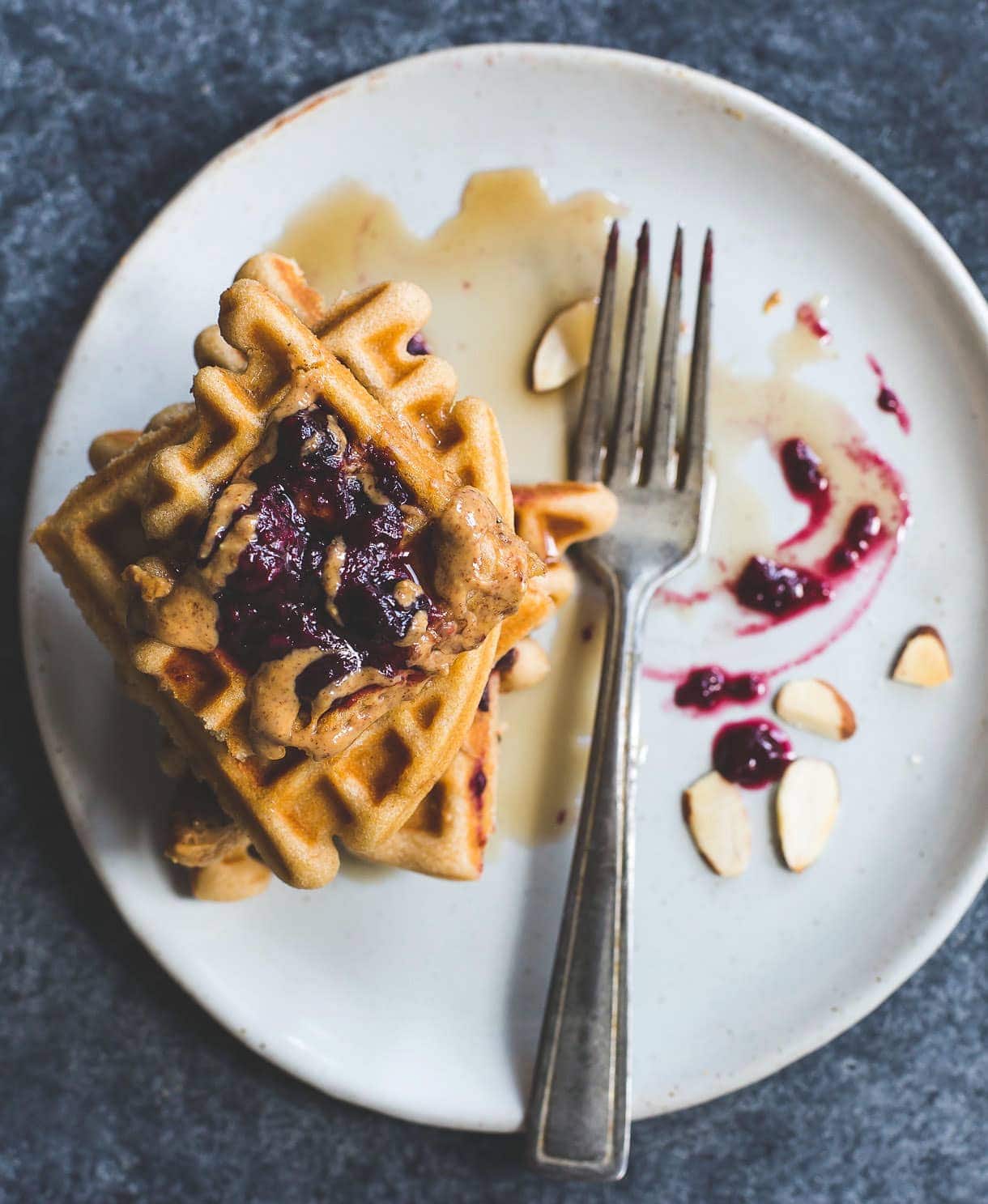 As an Amazon Associate and member of other affiliate programs, I earn from qualifying purchases.

View the Post
A Gluten-Free Fluffy Waffle Recipe! With Ice Cream & Tahini Hot Fudge For Dessert
View the Post
Mini Waffles with Lox and Cream Cheese
View the Post
The True Meaning of Grassfed Dairy on a Minnesota Family Farm